Tehran, Iran – While Iran says it is opposed to war in Ukraine, it will not outright denounce Russia’s military operation, instead blaming the West for NATO’s presence in the region.

He tweeted that Iran does not view war as a solution, and called for an immediate ceasefire and a “political and democratic solution” without using words such as “invasion” to describe the situation.

In a similar but slightly longer statement, Iran’s foreign ministry spokesman Saeed Khatibzadeh added that “the Eurasia region is on the verge of entering a pervasive crisis” because of NATO’s movements led by the United States.

It was in line with several other statements Iran’s foreign ministry issued during the past few weeks, while top officials such as President Ebrahim Raisi have refrained from commenting.

The reasons behind that approach can be traced to Iran’s ties with Russia during the past few decades, its increasingly strained relationship with the West, and developments across the Middle East.

The course of Iran-Russia relations in the past few decades shows a pattern of how Iran reacts to Russia’s military actions in its immediate neighbourhood, according to Hamidreza Azizi, visiting fellow at the German Institute for International and Security Affairs.

“This is what we witnessed in the 2008 Georgian war, Russia’s annexation of Crimea in 2014, and now with regard to eastern Ukraine.”

Azizi said Iran is counting on Russia’s support in the international arena, given the increasing hostilities between Tehran and the West on a range of issues, including its nuclear programme and regional influence.

Moreover, he said, Iran’s ties with Russia have been strengthened especially in the past decade, and Tehran does not wish to endanger those prospects.

Most recently, the Iranian president was in Moscow last month for a two-day visit, during which both he and Russian President Vladimir Putin expressed their support for closer ties.

Iran wants to boost bilateral trade to at least $10bn from its current level of about $3.5bn in the foreseeable future, looks to Russian help for completing a nuclear power plant project in Hormozgan, and is in the process of renewing a 20-year comprehensive cooperation agreement that expired last year.

That is not to mention the two countries’ potential for regional cooperation, particularly in Syria, Afghanistan, and Yemen.

This is while Iran’s relations with Ukraine were significantly impacted in early 2020, when the Islamic Revolutionary Guard Corps shot down a Ukraine International Airlines flight over Tehran amid the confusion of a missile attack on two US bases in Iraq hours earlier.

Iran has said the incident was caused by “human error” and has held several rounds of negotiations with Kyiv, but Ukraine and four other countries who lost citizens on the flight have accused Tehran of refusing to engage in meaningful dialogue, vowing to pursue the case through international law.

He said Iran’s leaders support Russia’s anti-Western discourse and perceive it as an indication of the West’s decline.

“In the same vein, there’s a message to the more pro-Western parts of the Iranian society and political sphere, as well as the general public, that the West cannot be trusted and they leave their partners when their help is needed the most,” he said.

On the other hand, Azizi said Iran does not outright support Russia’s military campaigns because it could someday be used against itself in some of its border provinces where secessionist sentiments have existed.

“In other words, Iran continues to adhere to the principle of territorial integrity and national sovereignty,” he said. 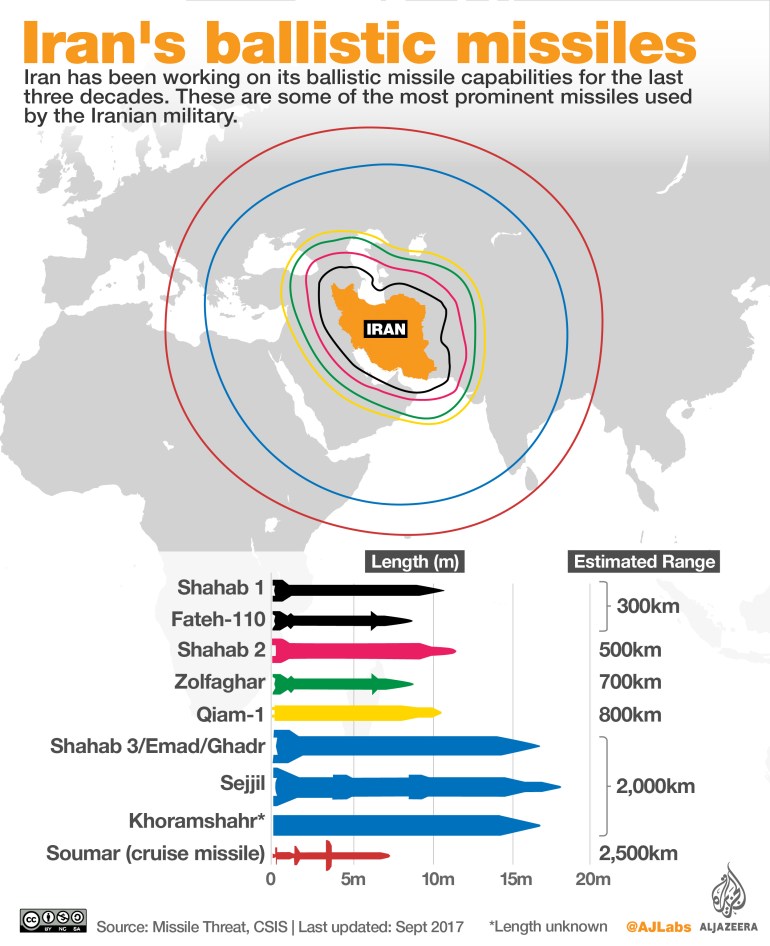 The significant escalation in the Ukraine crisis comes as consequential talks in Vienna to restore Iran’s 2015 nuclear deal with world powers have entered their “endgame”, according to diplomats.

The United States in 2018 unilaterally abandoned the Joint Comprehensive Plan of Action (JCPOA), as the deal is formally known, imposing harsh sanctions. In response, Tehran has since 2019 significantly advanced its nuclear programme while maintaining it is strictly peaceful.

Seyed Mostafa Khoshcheshm, a Tehran-based Iran affairs analyst currently focused on the Vienna talks, said the Ukraine war has just started and would require more time to directly affect the talks in the Austrian capital.

But he told Al Jazeera both Ukraine and JCPOA are security issues and “crises that have been manufactured by the US”.

“It appears this will ultimately lead to Russia getting closer to Iran and expand its support of Iran,” Khoshcheshm said, adding this could include closer economic cooperation despite US sanctions, since Russia is now heavily sanctioned by the West.

The analyst said the Ukraine crisis could also lead to closer security and military cooperation between Iran and Russia, especially in Syria. He pointed out that Israel had built strong ties with Russia, but its support of the Western bloc on Ukraine could endanger that.

“At the same time, the case of Ukraine could mean that the US would be weaker and more likely to grant concessions in Vienna, as its power is in decline – the manifestation of which we saw in its exit from Afghanistan, and gradual withdrawal from the region,” Khoshcheshm said.

“This is not the same US of the 1980s and 1990s that could fight on multiple fronts,” he said, pointing out the US would also have to worry that Russia’s advances could embolden China to take similar steps on Taiwan.

After almost 10 months, the talks in Vienna are expected to achieve results – or fall apart – within days.

Iran’s chief negotiator, Ali Bagheri Kani, returned to Tehran on Thursday to participate in a session of the Supreme National Security Council, which is likely to take place on Saturday. European delegations in recent days briefly visited their capitals for political consultations as well.