The sparse skies over Ukraine are becoming emptier as tensions with Russia intensify.

On Saturday, Dutch carrier KLM announced it was halting all flights to and from Ukraine until further notice and would not fly through Ukrainian airspace.

German carrier Lufthansa said it is monitoring the situation and examining whether to suspend flights.

Washington and its allies are warning that Russia, which has 100,000 soldiers massed on the border with Ukraine, could invade at any moment. Russia has denied that and opposes NATO bases near its borders.

In recent weeks, more than a dozen countries have urged their citizens to leave Ukraine. Many airlines, including KLM, have generally avoided flying over eastern Ukraine since 2014, after Malaysia Airlines flight MH17, flying from Amsterdam to Kuala Lumpur, was shot down over separatist-held territory on July 17.

All 298 people on board, 198 of whom were Dutch citizens, were killed.

A Dutch Safety Board investigation revealed that the Boeing 777 was hit by a Russian-made surface-to-air missile.

Ukraine and Dutch prosecutors accused Russia-backed armed groups operating in the area of launching the missile.

President Vladimir Putin rejected allegations that Russia was behind it. 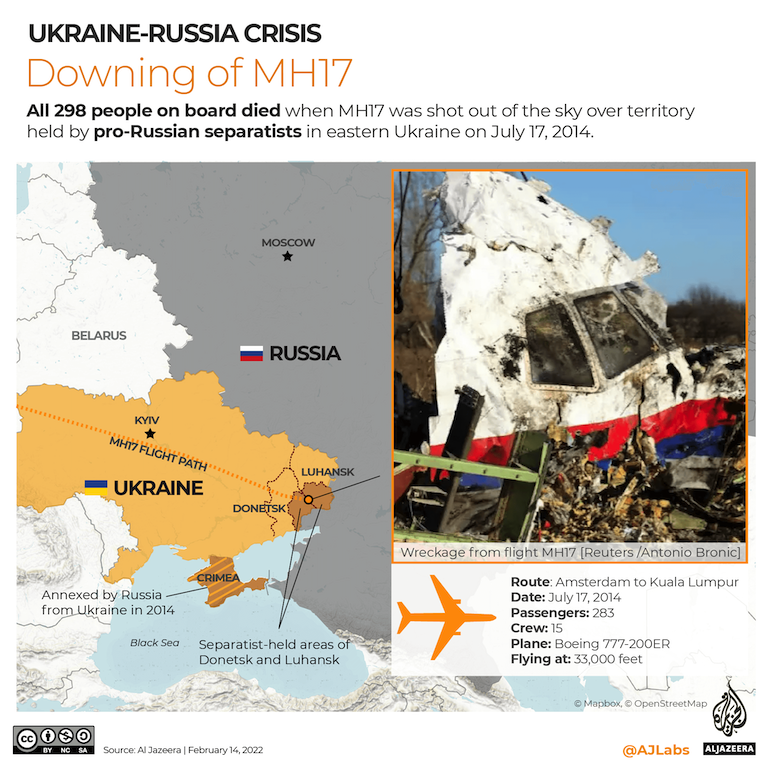 The busiest airport in the country is Kyiv Boryspil International Airport, which connects Ukraine with some 90 destinations around the world.

On Sunday, Mykhailo Podolyak, an adviser to the Ukrainian president’s chief of staff, said he saw “no point” in closing Ukraine’s airspace. 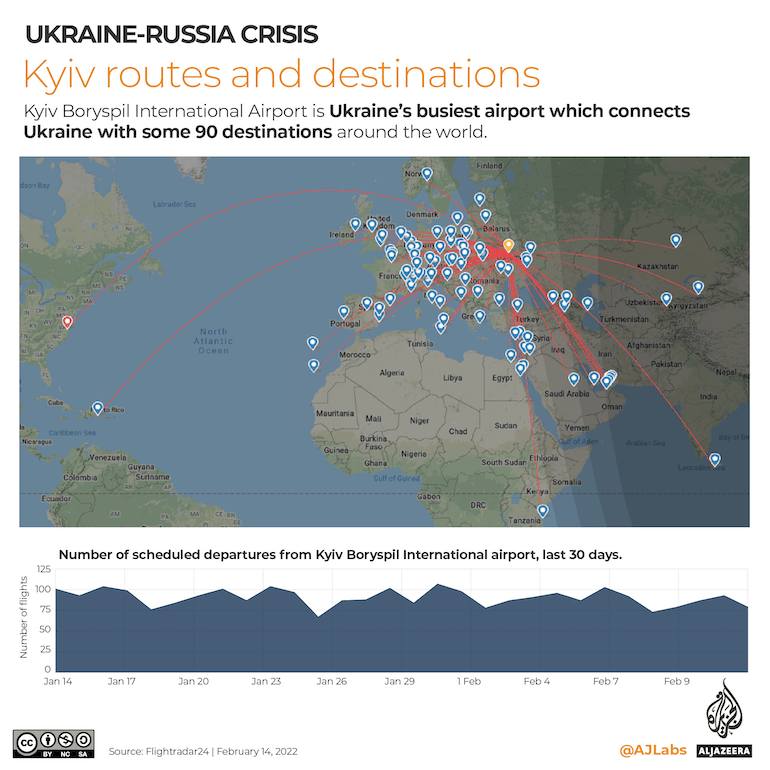 No flights between Ukraine and Russia

In 2014, Russia annexed Ukraine’s Crimean Peninsula and threw its weight behind a separatist rebellion in the country’s Donbas region.

A year later, after multiple international sanctions against Russia, Ukraine announced it was banning Russian planes from its airspace.

Russia responded by closing its airspace to Ukrainian airlines. 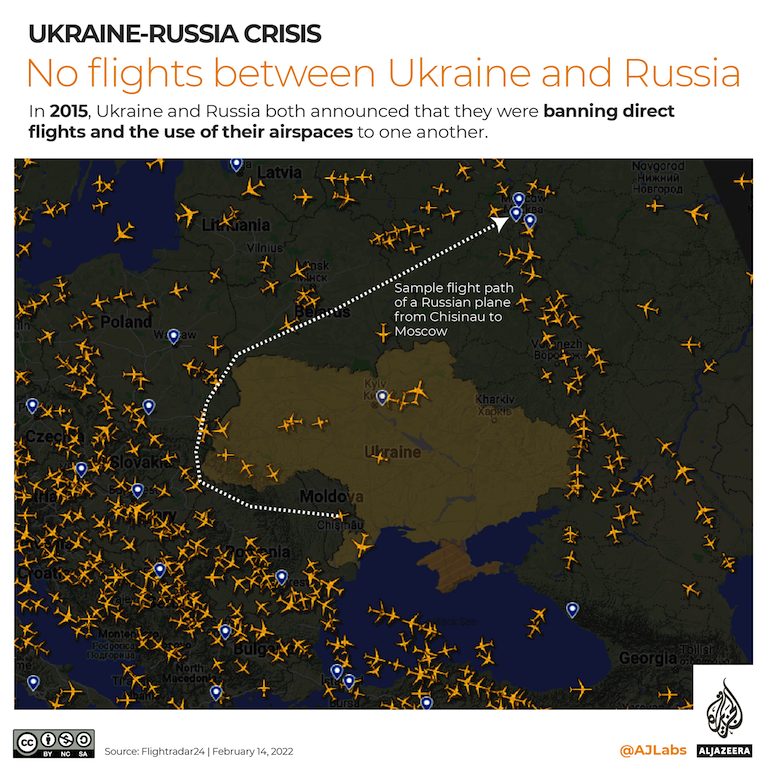