At least 19 people have died in a landslide that buried a campsite near the Malaysian capital Kuala Lumpur in the early hours of the morning, with search and rescue efforts continuing for more than a dozen people still missing.

“The total is 19 people (dead),” Norazam Khamis, director of the Selangor state fire and rescue department, told reporters on Friday.

Two of the victims were “believed to be a mother and her child in a state of embrace buried under the earth”, he said, adding that 14 people were still missing.

Emergency services, including officers from 12 fire stations and civil defence, said they rushed to the scene – in a hilly part of the state of Selangor – after receiving a distress call at 2.24am on Friday (18:24 GMT on Thursday).

The Ministry of Local Government and Development said that dozens were pulled from the mud and debris with the injured taken to hospital. Authorities said rescue efforts would continue but if it rained, they would have to stop.

The National Disaster Management Agency (NADMA) earlier said that 92 people were at the site when the disaster happened.

The landslide struck at the side of the road near an organic farm about 45 minutes northeast of the capital, Kuala Lumpur. The farm operates three camping areas – one by the river, one with a view of the farm and one at the hilltop – and is a popular getaway for families from the city.

Camper Leong Jim Meng told the New Straits Times newspaper that he and his family were asleep when the landslide happened.

“We felt the earth move and the soil came down,” the 57-year-old said, adding that the mud covered their tent but they managed to escape to the car park area where he called the emergency services.

Another camper, 22-year-old Teh Lynn Xuan, told the paper that she was camping on the hilltop site.

She said she and her mother managed to crawl out of their tent even after it was toppled in the landslide, but that one of her brothers had died and the other had been admitted to hospital.

“Everything happened too quickly,” she said.

Prime Minister Anwar Ibrahim said he was “shocked” at the news of the landslide and had been briefed on the rescue efforts. He said some ministers were on the ground, and that he would visit the site later on Friday.

“Let’s pray for the people of Malaysia and hope that this mission goes smoothly,” he said in a statement.

Malaysia is in the midst of the monsoon and experiencing regular downpours.

Landslides are not uncommon in the areas near the capital in the rainy season.

According to Nga Kor Ming, the local government development minister, 61 people so far have been found safe after the predawn landslide near the town of Batang Kali, just outside Kuala Lumpur and near a mountain casino resort. 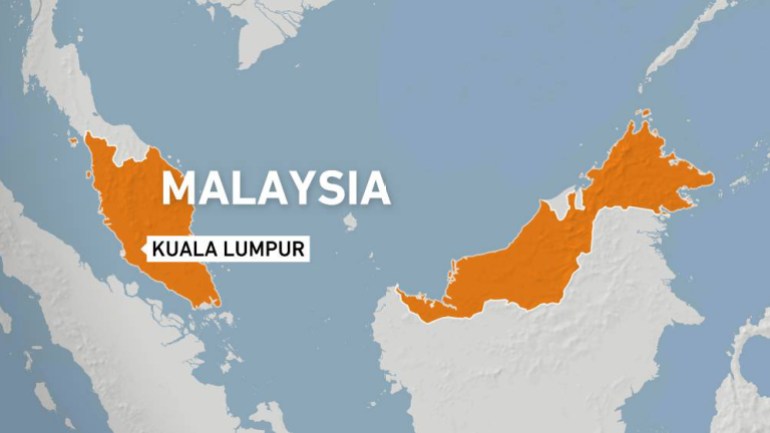 In March, officials in Selangor said they had identified some 150 slopes at high risk of landslides, many of them around the hills to the east of Kuala Lumpur.

A large landslide after 10 days of torrential rain in the same area led to the collapse of a block of apartments at the Highland Towers condominium complex in December 1993. Some 48 people died in the disaster, making it the worst building collapse in Malaysian history.