Several students are among at least 15 people killed in a bomb blast at a religious school in northern Afghanistan’s Samangan province, according to a local official.

Provincial spokesman Emdadullah Muhajir added that at least 20 others were also wounded in the explosion in the school in Aybak, the capital of Samangan, on Wednesday.

“A blast took place around 12:45pm inside Jahdia Madrasa in the centre of the city. Lots of boys are studying at this madrasa [religious school],” he said.

There was no immediate claim of responsibility. Muhajir said an investigation had begun.

The federal interior ministry spokesperson Abdul Nafi Takor confirmed the blast but put the death toll so far at 10, with more injured.

“Our detective and security forces are working to identify the perpetrators of this unforgivable crime and bring them to justice,” Takor said.

A doctor in Aybak, about 200km (124 miles) north of the national capital Kabul, said the casualties were mostly youngsters.

“All of them are children and ordinary people,” he told the AFP news agency, asking not to be named.

Images and videos circulating on social media – which could not immediately be verified – showed officials picking their way through bodies strewn across the floor of a building.

Prayer mats, shattered glass and other debris littered the scene.

Aybak is a small but ancient provincial capital that came to prominence as a caravan-stopping post for traders during the fourth and fifth centuries when it was also an important Buddhist centre.

Obaidullah Baheer, who teaches at the American University of Afghanistan, told Al Jazeera that people are shaken by the attack.

“It is just so senseless, most of these people, the casualties, are children. This is a religious school. So, it defies logic and it is evil,” he said.

“It is just meant to spread fear. It is to show that no one is safe. It’s to show that they will hit and the ultimate goal of terror is spreading terror and that’s what they are achieving to do.”

The Taliban has said it is focused on securing the war-torn nation since taking over the country last year after the US-led foreign forces withdrew after 20 years.

But the country has witnessed a number of deadly attacks in the past 15 months under Taliban rule.

A suicide bomber targeted female students in Kabul in September killing more than 50 people, many of them students.

No group claimed responsibility for that bombing, but the Taliban later blamed the ISIL and said it had killed several ringleaders. 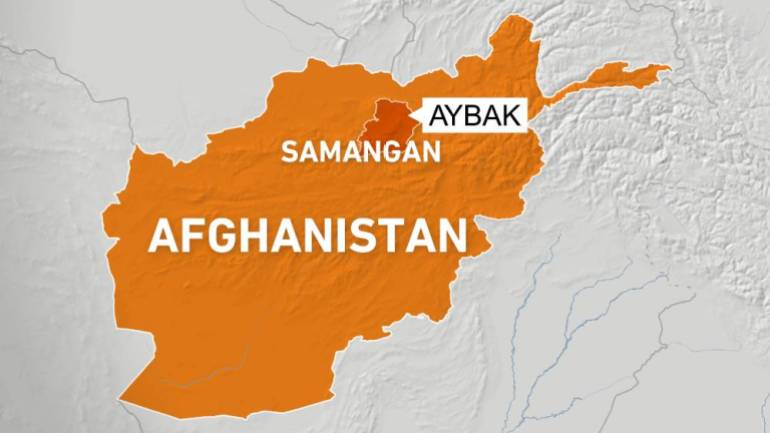 ‘Aimed at destabilising the country’

Faiz Zaland from Kabul University said the blast was aimed at destabilising the country and is a challenge to the Taliban’s hopes of bringing security to Afghanistan.

“Unfortunately, it’s not the first time that a madrasa or a Taliban post has been attacked in the past 15 months. There were several big attacks on madrasas like in Mazar-e-Sharif, Balkh and Kunduz provinces, but it’s the first time in Samangan province.

“Madrasas are the main centres of recruitment for the Taliban,” Zaland, a professor of political science, told Al Jazeera from Istanbul.

“The religious schools are also strongholds of Taliban leadership at the provincial level. They are affiliated with the local Taliban governor or police chief. So the attack on the madrasa is a way to challenge the Taliban’s control over security.”