By Hanna Duggal and Mohammed Haddad
Correction6 Jan 2022
A previous version of this article contained a graphic with the best letter combinations in the wrong order. This graphic has been updated with the correct order.

Posts of green, yellow and grey coloured boxes have been saturating Twitter feeds recently and you may be wondering why.

A little word game known as Wordle is behind the craze and Wednesday marked its 200th day on the internet.

The wordy brainteaser grew from fewer than 100 players in November last year to hundreds of thousands today.

How to play Wordle 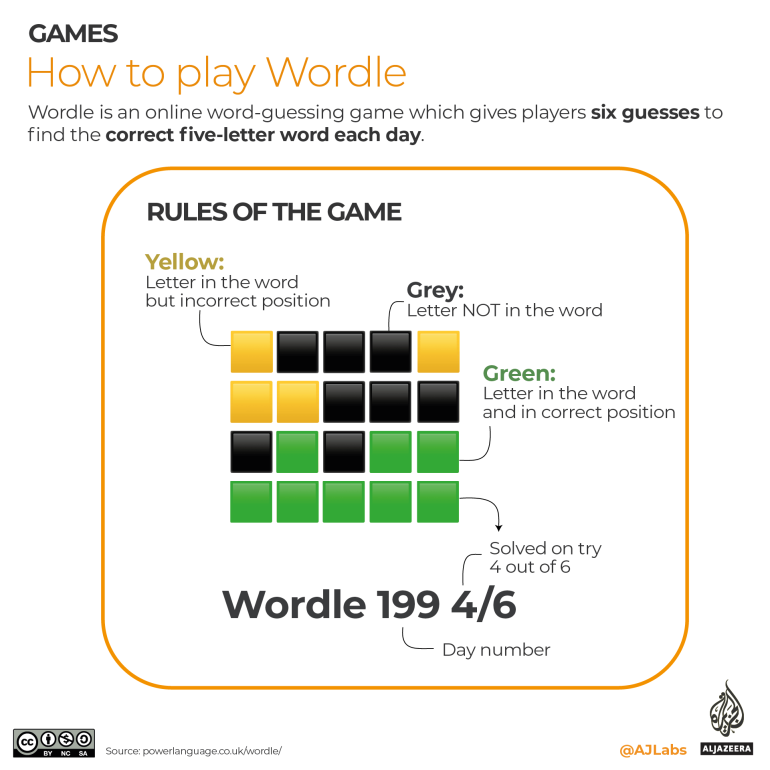 The rules are simple – and sometimes frustrating if you are a puzzle addict.

The online word-guessing game gives players six chances to guess the correct five-letter word. After each guess, the colour of the box turns green, yellow or grey, depending on the letter’s presence in the word.

If a box turns green, the letter is in the correct position in the word.

However, if it is present but in the wrong place, the box will turn yellow.

A grey box indicates that the letter is not in the word.

Everyone completes the same word puzzle and players are limited to only one game a day – we told you it was frustrating if you are a puzzle addict.

The game’s popularity might have something to do with the fact that everyone is trying to guess the same word each day and results can be easily posted on social media.

After seeing this on Twitter recently I decided to find out what this Wordle thing was. Here's my first attempt. Pretty pleased to have found the word! #wordle

We decided to break down the game’s numbers and how to tackle it strategically.

The best way to start is to choose a word with five different letters in it.

For the best chance, utilising the most frequent letters that appear in Wordle’s word bank will help.

There is a finite amount of “featured” five-letter words on Wordle.

Nearly 2,500 words were chosen by Wardle’s partner, Palak Shah, to be included as correct words for the game.

However, there are more than 10,000 possible words that players can guess. And, you can have only actual words as potential guesses to play the game.

Here are the last 200 words that have appeared on the daily Wordle puzzle. 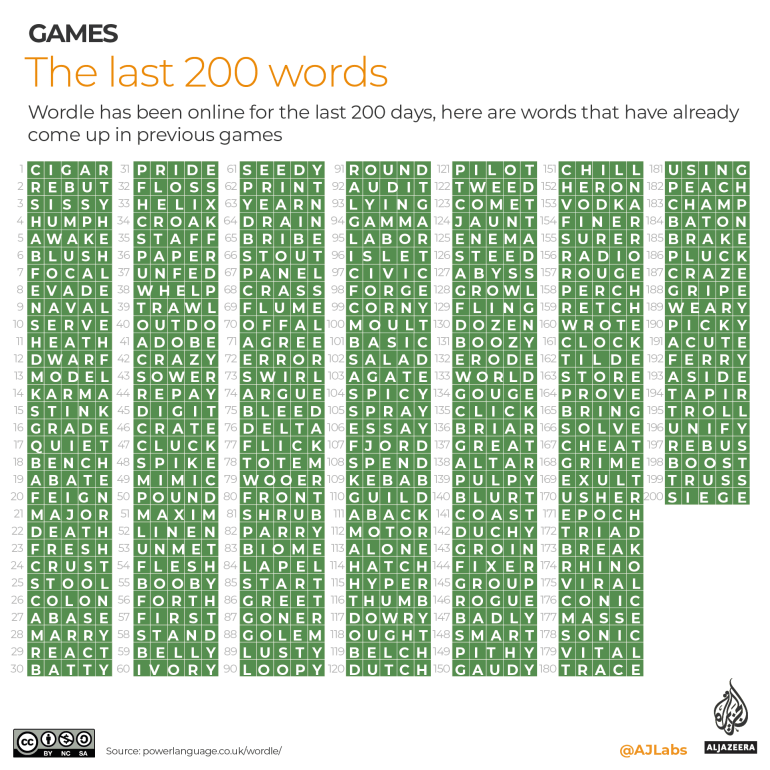