Tehran, Iran – Iran has emphasised its calls for the formation of an “inclusive” government in neighbouring Afghanistan, shortly after the Taliban formed what it said was an interim cabinet.

On Wednesday, a day after the Taliban announced the formation of the new Afghan government, which was dominated by its old guard and included no representation for women or members of the Shia community, the foreign ministers of Afghanistan’s neighbouring countries – including Iran, China, Tajikistan, Turkmenistan, Uzbekistan and Pakistan – held a virtual meeting.

According to a foreign ministry statement on Thursday, Iranian top diplomat Hossein Amirabdollahian told his peers Iran was following up on the formation of “an inclusive government with the participation of all people” and hoped the Taliban would abide by its promises for such an administration.

“Experience has shown that a non-inclusive government does nothing to help stability, peace and progress in Afghanistan, so our expectation from the foreign ministers is to announce the necessity for the formation of an inclusive government with a unified voice,” he said.

Virtually met FMs of 6 neighbors of Afghanistan.
Emphasized on security, stability & development by formation of an inclusive gov reflecting diversity & will of Afghan ppl; dialogue instead of violence; rejection of foreign intervention.
We support intra-Afghan talks & agreements pic.twitter.com/6Ef2AJ3mqo

The administration of new Iranian President Ebrahim Raisi has had a flurry of calls and meetings in the past few weeks to discuss Afghanistan’s future in the wake of the Taliban’s takeover last month.

On Thursday, Amirabdollahian hosted his Qatari counterpart, Mohammed bin Abdulrahman Al Thani, for talks on Afghanistan, among other issues.

“The State of Qatar believes in the effectiveness of having a unified vision to ensure a comprehensive solution for Afghanistan,” the Qatari foreign minister tweeted after the meeting, the latest in which the two sides discussed the situation in Afghanistan.

Met with my colleague the Iranian Foreign Minister to discuss the developments in #Afghanistan. The State of #Qatar believes in the effectiveness of having a unified vision to ensure a comprehensive solution for #Afghanistan. pic.twitter.com/6uTxgB9vpT

Earlier this week, after the Taliban claimed it had taken control of the Panjshir region from resistance fighters, Tehran for the first time “strongly” condemned the assault there and said killings must stop.

Iran has also seen protests against the Taliban in recent weeks, including one on Tuesday in front of the Pakistani embassy in Tehran, where dozens chanted “death to the Taliban” and “death to Pakistan” for its alleged role in assisting the Sunni group.

Iran says it hosts close to four million Afghans, many of whom migrated there during Afghanistan’s previous bouts of turmoil. Sharing a 900km (559 miles) border with Afghanistan, Iran is now concerned about a new refugee influx.

Meanwhile, on Thursday, Mohammad Javad Zarif, Iran’s former foreign minister and now a university professor, condemned the Taliban for what he called “a horrifying strategic mistake”.

A horrifying strategic mistake is being repeated in Afghanistan

No one—domestic or alien—can rule the valiant people of Afghanistan by force. Three superpowers failed miserably. So will any other claimant to coercive authority

Time to engage & include before tides change again. pic.twitter.com/n2xwishCTk

“No one – domestic or alien – can rule the valiant people of Afghanistan by force. Three superpowers failed miserably. So will any other claimant to coercive authority,” he said in a tweet. “Time to engage & include before tides change again.”

In a Twitter post a day earlier, Iran’s security chief Ali Shamkhani had expressed concern over “ignoring the need for inclusive government, foreign intervention, and the use of military” instead of dialogue aimed at representing the different ethnic and social groups in Afghanistan. 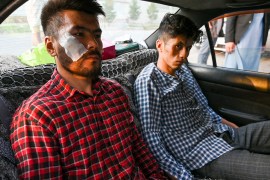 Reports show the armed group being violent and intimidating journalists, despite their free-press pledge. 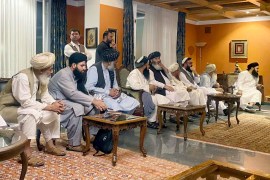 Taliban accuses the US of violating Doha Agreement

Taliban says keeping cabinet members belonging to the Haqqani family on US terror list is a violation of the 2020 deal. 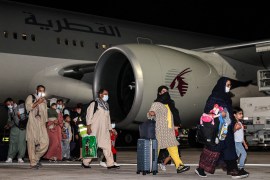 First civilian flight from Kabul since US exit lands in Doha 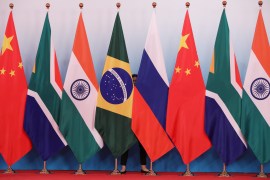 The COVID-19 pandemic, security and Afghanistan are likely to dominate conversations at this year’s virtual summit.