US Secretary of State Antony Blinken and Secretary of Defense Lloyd Austin have met with Qatar’s Emir Sheikh Tamim bin Hamad Al Thani and other top Qatari officials in Doha for talks on Afghanistan – shortly after the Taliban claimed to have taken full control of the country.

Blinken and Austin are the most senior US officials to visit the Gulf since the Taliban’s lightning seizure of Afghanistan in August.

Qatar, which hosts a major US airbase, has been the gateway for 58,000 people airlifted out of Afghanistan, nearly half the total number evacuated by US-led forces after the Taliban’s takeover, Blinken said on Tuesday.

In a meeting with Qatar’s emir on Monday night, Blinken thanked the Gulf state ruler for “Qatar’s extraordinary support in facilitating the safe transit of US citizens, our partners, and other Afghans at risk” during the US’s chaotic military pullout from Afghanistan, according to a Department of State readout.

Blinken said Washington would continue to work with Qatar and other regional partners to evacuate US citizens and vulnerable Afghans from Afghanistan.

“Many countries have stepped up to help the evacuation and relocation efforts in Afghanistan, but no country has done more than Qatar,” Blinken said in a joint news conference with Austin and their Qatari counterparts on Tuesday.

“The strongest relationship that we and Qatar have built through this evacuation and relocation effort I know is going to pay continued dividends across these so many other key areas in the months and years ahead,” Blinken said.

“What Qatar has done here – for Americans, for Afghans, for citizens of many other countries – will be remembered for a long, long time,” he added.

Qatar’s foreign minister, meanwhile, said Qatari teams were continuing to work towards re-opening Kabul international airport, which the Taliban took control of when US troops left on August 30.

“We have already dispatched our teams there to provide technical assistance that is required to bring the airport and make it up and running again,” he said. “We have fixed a lot of the elements over there and we are about to get everything operational very soon.”

The US officials were not due to meet any of the Taliban’s Doha representatives, but State Department official Dean Thompson said Washington would continue to engage with the group “to ensure our messaging with them is clear”.

Blinken is set to depart Qatar on Wednesday for the US airbase in Ramstein, Germany. Austin is scheduled to travel to Saudi Arabia, Bahrain and Kuwait.

Qatar has been uniquely positioned as an interlocutor between various interest groups as the situation in Afghanistan deteriorated.

The Gulf country hosts the Taliban’s political office in Doha, which opened in 2013, and subsequently hosted talks between Washington and the group that concluded in 2020 with a troop withdrawal agreement. It was followed by direct negotiations between the Taliban and the Afghan government.

Blinken and Austin’s visit came after the Taliban on Monday claimed total control over Afghanistan, saying it won the key battle for the Panjshir Valley, the last remaining holdout against its rule.

The group is yet to finalise its new government after rolling into Kabul three weeks ago at a speed that analysts say likely surprised even the armed group itself.

Meanwhile, Washington is closely watching whether the Taliban makes good on promises to let American citizens and allies depart.

Shortly before Blinken landed in Qatar, a US official disclosed that four US citizens had left Afghanistan with Taliban knowledge, in the first departures arranged by Washington since its withdrawal.

The four US citizens left by land and were greeted by US diplomats, said the senior official, without specifying to which country they crossed, adding “the Taliban did not impede them”.

At the same time, legislators and aid groups have said hundreds of people, including US citizens, have been blocked from leaving on charter flights from Mazar-i-Sharif airport in Afghanistan’s north.

On Tuesday, Blinken said “somewhere around 100” American citizens – mostly dual citizens – remain in Afghanistan, and the US has been in contact with “virtually all of them”.

“It’s my understanding that the Taliban has not denied exit to anyone holding a valid document”, he said but added that those travelling in groups including individuals without proper travel papers may have been blocked.

Blinken added that the US was determining how many Afghans who worked for the US government – and are eligible for special US visas – remain in Afghanistan, again contesting criticism that the more vulnerable Afghans could have been evacuated before the US withdrawal. 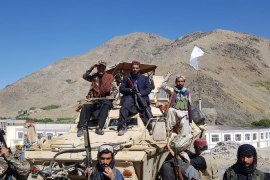 Panjshir, the last pocket of resistance, falls to Taliban

The Taliban claimed total control over Afghanistan after claiming capture of the Panjshir Valley on Monday. 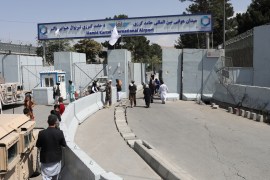 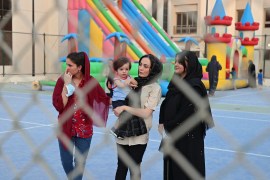 The Qatari capital, Doha, has become a major transit point for refugees fleeing the Taliban takeover of Afghanistan.