Mohammad Younes Menfi, the chairman of Libya’s Presidential Council, has officially announced the launch of the comprehensive national reconciliation project with the release of political prisoners.

Menfi said on Monday he “appreciated all the efforts made to achieve the reconciliation reached today”.

A number of political prisoners who have completed their sentences or who were not convicted were released as part of the reconciliation efforts, a Council statement said.

Libyan Presidential Council spokeswoman Najwa Wahiba said the decision to release the prisoners was based on judicial rulings and that the Council would continue to coordinate with the judiciary to release other prisoners who have been acquitted.

Wahiba said that the release of Saadi Gaddafi, son of the removed leader, Muammar Gaddafi on Sunday, was part of that move.

Libya’s Presidential Council had also announced the release of several other prisoners, including Gaddafi’s former cabinet and intelligence chief, Ahmad Ramadan, who was nicknamed “Black Box” for being the keeper of the leader’s secrets.

The United Nations Support Mission in Libya (UNSMIL) said in a statement that the releases “represent a significant step towards respect for the rule of law and human rights, and a positive development that can contribute to a rights-based national reconciliation process”.

Thousands of people “arbitrarily detained” nevertheless remain to be released, it added.

Libya has had little peace since the 2011 NATO-backed uprising that overthrew Gaddafi, and in 2014 it divided between the warring eastern and western factions.

However, they agreed to a ceasefire last year and a new unity government that both sides backed was installed in March to prepare for national elections in December, moves seen as the best chance for peace in years.

The Tripoli-based unity government has, however, struggled to unify state institutions or prepare for elections, with the eastern-based parliament rejecting its budget and failing to agree on a constitutional basis for a vote. 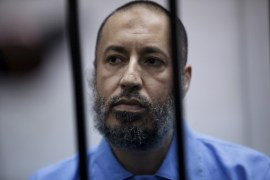 Media reports say Saadi Gaddafi departed on a plane to Istanbul immediately after his release. 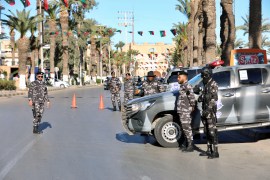 Fighting between rival armed forces poses challenge to the unity government as it struggles to conduct December polls. 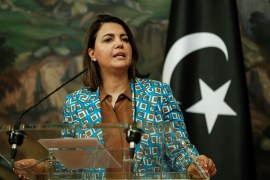