By Shaheen Abdulla and Aslah Kayyalakkath

Kozhikode, India – On August 26, 1921, Vadakkeveetil Mammadu led a war against the British colonial forces in Pookkottur, a village in Malappuram district in the southern state of Kerala.

Mammadu was the secretary of the local Khilafat Committee, a movement led by the then South Asian Muslims to restore the Ottoman caliphate removed by the imperial British.

The British troops had to retreat, but after killing hundreds of natives including Mammadu, who “walked towards the soldiers” and took a bullet.

In a controversial decision exactly a century later, the Indian Council for Historical Research (ICHR) has recommended deleting the names of Mammadu and 386 others from a Dictionary of the Martyrs of India’s Freedom Struggle (PDF) the government-controlled body publishes.

Ibrahim’s father Kunjimu was given the state benefits accorded to Indian freedom fighters, following recognition from the Kerala government in 1971.

Mappila, anglicised as Moplah, is an ethnic Muslim community in northern Kerala.

As the Khilafat Movement gained momentum across the subcontinent, Mappilas in Malappuram defied British rule in 1921 and established an independent state, called “Malayala Rajyam” or Malayalam Kingdom, under the rule of Variamkunnath Kunhammad Haji.

The new ruler declared Malabar an independent state with its separate passport, currency and system of taxation.

To crush the rebellion, the British administration sent senior police officer Richard Howard Hitchcock, who led raids in the area’s villages to find and kill the rebels.

A special paramilitary unit was formed to suppress the rebellion, forcing the Mappila men to flee to the hills, leaving behind women who, according to historians, faced the brutalities of the colonial forces.

The British documented the Mappila uprising as “riots”, vilifying the community as “fanatics” that “attacked Hindus” and “forced them to convert to Islam”.

Haji himself wrote a rebuttal to the British allegations in a letter to The Hindu newspaper in October 1921.

“It appears that the report that Hindus are forcibly converted [by my men] is entirely untrue,” he wrote.

In January 1922, using the pretext of signing a treaty, the British arrested Haji and executed him. The spiritual leader of the rebellion, Ali Muslyar, also suffered the same fate.

On November 10, 1921, more than 100 prisoners of the rebellion were stuffed into an unventilated railway wagon. At least 64 of them were found dead when the train reached Tirur, a coastal town in Malappuram.

Official records say 2,337 rebels were killed in the suppression of the revolt, but some historians argue the real casualties are above 10,000.

Prisoners were deported to jails across India, including in the Andaman Islands in the Bay of Bengal, where many died.

It is their names that have been marked by the ICHR to be deleted from the dictionary of the martyrs of the freedom struggle.

Last month, Ram Madhav, a politician from India’s governing Bharatiya Janata Party (BJP) who found his moorings in the far-right Rashtriya Swayamsevak Sangh (RSS), said the Mappila rebellion was “one of the first manifestations of the Talibani mindset in India”.

Madhav made the statement while he was inaugurating the “Mappila Riots Martyrs Remembrance Year”, a campaign launched by right-wing Hindu groups in Kerala.

Since being formed into a state in 1956, Kerala has oscillated between Marxist and Congress governments, without ever giving the BJP a foothold in the state with 27 percent Muslim population.

V Muraleedharan, India’s junior foreign minister, said the supporters of the Malabar rebellion “brought disrepute to the nation by glorifying an Islamic state inside India”.

“The rioters have never fought for the country’s independence,” he said.

After Prime Minister Narendra Modi’s BJP came to power on a Hindu nationalist agenda in 2014, the ICHR has been accused of trying to revise and “saffronise” its syncretic history.

Critics accuse the body of “bending” to the pressures of Hindu nationalist groups.

“The ICHR’s move to take out the names of the Malabar rebellion martyrs is threatening and reprehensible,” ET Mohammed Basheer, parliamentarian from Malappuram and veteran leader of the Indian Union Muslim League, told Al Jazeera.

“The ICHR is painting Muslims in history as communal since [Narendra] Modi took an oath to office.”

In 2015, Ravindran quit the ICHR after the BJP – which came to power the year before – appointed dozens of people affiliated with the RSS who, he says, “had nothing to do with history”.

Among the members appointed by the BJP to the ICHR is Professor CI Issac, one of the three panellists who recommended deleting the names of the Mappila rebels from the dictionary.

Issac says the 1921 revolt was a “jihad against Hindu population”.

“There were forced conversions, executions, torture and operation of a Sharia court. In order to restore law and order, the then governmental authorities using their civil forces suppressed the agitation,” Issac told Al Jazeera.

Issac is also the vice president of Bharatiya Vichara Kendra, a Hindu right-wing intelligentsia group with alleged links to the RSS.

In fact, experts say the Mappila rebellion triggered an Indian surgeon named Keshav Baliram Hedgewar to create the RSS along the lines of Germany’s Nazi party in 1925.

Vinayak Damodar Savarkar, the chief ideologue of India’s Hindu supremacist movement, even wrote a novel, Moplah, on the uprising in 1924. He was one of the first ones to call the rebellion “an anti-Hindu genocide”.

“The main character of the rebellion was anti-British and anti-feudal,” Rajesh told Al Jazeera, calling it mainly an “agrarian revolt”.

“Nobody can negate the fact they [rebels] were killed by the British. Hindus were also punished for the rebellion.”

Mohammed Niyas Ashraf, who was a member of the research and editorial team of the ICHR’s dictionary, says the names were included based on a standard methodology.

“The first and foremost objective of the dictionary was to recognise the sacrifice of people from the lower rungs of the society,” Niyas told Al Jazeera.

He points out that Mappilas of 1921, like many others, did not use national symbols because “no national identity existed”. But he says he is puzzled by the ICHR’s recommendations.

“Variyamkunnath declared the death penalty to people who attempt forceful conversion,” says I Sameel, a local journalist who has worked on the Malabar rebellion.

“There are news reports that say he punished people for threatening the non-Muslims.”

Bramadathan Namboothiri, named after his grandfather who was arrested and jailed for being a rebel, rules out any religious angle to the rebellion.

Professor MH Ilias, a prominent scholar on Kerala’s Muslims, told Al Jazeera “the historiography of Malabar has been distorted since the beginning”, holding the state and central governments responsible for not rectifying the colonial history.

“There is no demographic change (in Kerala) to suggest forced conversion [of Hindus],” parliamentarian Baheer said, pledging to move “politically and legally” against the BJP’s move to “saffronise” India’s history.

“The union government is making every effort to distance Malabar Muslims’ legacy from the present generation. But such tampered history will not live long.” 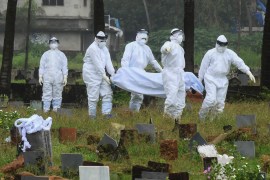 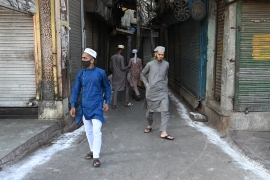 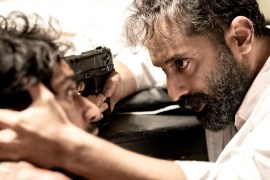 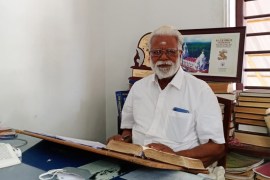 Self-taught architect Govindan Gopalakrishnan claims to have built more than 100 mosques, four churches and a temple.