A US congressional committee investigating the January 6 insurrection at the United States Capitol building has issued subpoenas to organisers of a rally former President Donald Trump held just before the deadly riot.

The House of Representatives Select Committee investigating the insurrection issued subpoenas on Wednesday to 11 individuals involved in organising Trump’s rally, during which he gave a fiery speech claiming the 2020 election had been stolen.

Thousands of Trump supporters then stormed the US Capitol, disrupting Congress’s certification of Joe Biden as the winner of the vote – and the US House later impeached Trump for “incitement of insurrection” in relation to the violence.

Representative Bennie Thompson, the Democratic chair of the committee, said in a statement announcing the subpoenas that the inquiry is looking at “how various individuals and entities coordinated their activities leading up to the events of January 6”.

One protester was shot and killed trying to enter the House chamber and dozens of police were injured in violent clashes before the Capitol was secured. One police officer died after scuffling with protesters and four others later died by suicide.

US law enforcement authorities have arrested more than 600 people across the country on charges related to the breach of the Capitol.

Among the people subpoenaed on Wednesday were two conservative political activists, Amy Kremer and Kylie Kremer, as well as founders of Women for America First and former Tea Party pioneers.

Women for America First was the official host of Trump’s January 6 rally and had organised earlier “Stop the Steal” rallies in Washington, DC, and “March for Trump” bus tours.

Nine other people listed as organisers of the former Republican president’s January 6 rally also received requests for interviews and documents from the committee.

Mulvaney and Pierson were in communication with Trump and White House officials, including chief of staff Mark Meadows, about the rally, according to the committee’s letters. Pierson, who had organised several earlier Trump’s rallies, met with Trump on January 4, the committee also said.

Others, whom the committee said were listed on permit paperwork for the rally who were issued subpoenas, included Carolina Wren, Justin Caporale and Tim Unes of a company called Event Strategies, Megan Powers of MPowers Consulting, Hannah Salem of Salem Strategies LLC and Lyndon Brentnall of RMS Protective services.

The subpoenas demanded that the 11 people sit for depositions in October and November.

Trump has continued to assert his claims – without evidence – that the 2020 election was rigged and dismissed the subpoenas as “harassment”. He has characterised the House committee members as “political hacks”.

At a rally in Georgia on September 25, Trump hinted that he plans to run for president again, calling 2020 “the most corrupt election in the history of our country” and predicting a “glorious victory” in 2024.

President Biden has called the January 6 attack on the US Capitol a “violent attempt” by Trump supporters to overturn “the will of the American people”. 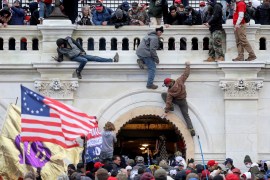 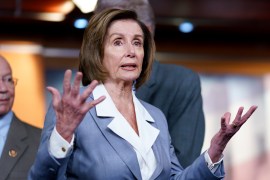 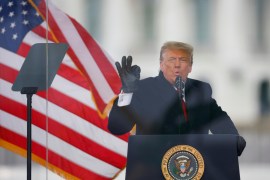 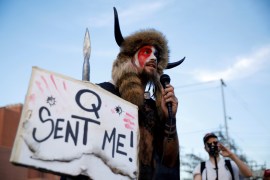