Istanbul, Turkey – After US President Joe Biden refused to grant a one-on-one meeting with his Turkish counterpart on the sidelines of United Nations General Assembly (UNGA), a disappointed and angry Recep Tayyip Erdogan told Turkish journalists in a briefing that he had managed to work well at times with former presidents, but not with Biden so far.

Just a day later, on September 24, speaking after prayers in Istanbul, Erdogan went on to criticise Biden for the second time within 24 hours – saying that he and Biden failed to bridge their differences at a meeting during his visit to New York and the recent talks with the United States president had proved disappointing.

Erdogan also accused the US of supporting “terror organisations” rather than fighting them, referring to the US partnership with the People’s Protection Units (YPG) – affiliated to the outlawed Kurdistan Workers’ Party (PKK) – in northern Syria.

Immediately after Erdogan’s statement, the US Senate Committee on Foreign Relations warned that any new purchases by Turkey would mean new sanctions under the Countering America’s Adversaries Through Sanctions Act (CAATSA), designed to deter “adversaries” from hostile actions.

While the split between the two NATO allies grows, Erdogan is meeting Russian President Vladimir Putin in the Black Sea resort of Sochi on Wednesday, and is likely to seek closer ties with Moscow.

“In Washington, Turkey’s purchase of S400 missile systems is not solely seen as the purchase of a defence system, rather it is perceived as a manifestation of Turkey’s geopolitical identity increasingly shifting from the West and moving closer to Russia and China”, Galip Dalay, an Associate Fellow at Chatham House and researcher at the University of Oxford, told Al Jazeera.

The Turkish-American alliance was exclusively defined within a security framework from the beginning of the engagement between the two sides after Turkey joined the then-anti-Soviet alliance in 1952.

From the American perspective, Turkey is an important member of NATO and the host of essential NATO military bases, as well as a partner in the so-called “war against terror” and a line of defence against threats in the Middle East.

All of this is centred around security, rather than political engagement, historical connections, deep economic interdependence or social-cultural ties.

In times of growing divergence in terms of how Ankara and Washington see security threats, the narrow focus on security ties can lead to crisis, and even to the brink of direct confrontation.

Potential clashes with US forces during Turkey’s Operation Peace Spring – a major military incursion in Syria in October 2019 – were averted by then President Donald Trump’s unexpected announcement on October 6 that he would withdraw US forces to facilitate the Turkish operation.

“At the individual level of analysis, President Erdogan perceives a threat from the US thinking that it is intentionally undermining him with the ultimate goal of removing him from power. This frustration and threat perception leads President Erdogan to seek a counterbalancing alliance with Russia against the US,” Ozgur Unluhisarcikli, Ankara office director at The German Marshall Fund of the United States (GMF), told Al Jazeera.

“However, it also puts Turkey in an extremely weak position towards Russia with which it has more competing interests than common ground.”

Turkey and Russia are the cooperating competitors. They support opposing actors in Syria, Libya, the Caucasus and the Balkans.

However, Turkey has deeper economic ties with Russia than with the US. Therefore, Moscow and Ankara are careful not to let geopolitical divergences jeopardise trade.

Unlike the imbalance of relations with the US, Ankara sees the relation with Russia as “manageable” as Moscow lacks the US’s clout.

While the economic power dynamic may be tilted in favour of Moscow as Turkey depends heavily on Russian gas exports and millions of Russian tourists bring valuable hard currency, Turkey is the main exporter of agricultural and textile products to Russia.

In the case of hostilities, Russia and Turkey can also more easily undermine one another’s interests.

Closer ties to Moscow also appeal to Ankara as it allows Turkey to build up more of its defence industry without the risk of meddling in each other’s internal affairs, Maxim Suchkov, an expert at Russian International Affairs Council, told Al Jazeera.

“Turkey sees Russia as a resource it can use to strengthen its strategic sovereignty, while Russia sees Turkey as a tool for increasing its own authority as a great power”, Suchkov said.

However, Unluhisarcikli points out that Ankara’s deteriorating relations with Washington come at a cost as Turkey would lack the US backing in the event of a dispute with Russia, “with which it has more competing interests than common ground”.

According to Putin’s press secretary Dmitry Peskov, Wednesday’s meeting between Erdogan and Putin will be “the most comprehensive one since the start of the bilateral relations”.

While dismayed by Biden’s snub, Erdogan spoke of solid bonds that Turkey has established with Russia. Referring to his meeting in Sochi with Putin, he said that he will discuss all key issues in their bilateral relations, including in a one-to-one meeting in which they will make some critical decisions.

The conflict in Syria will top the agenda at the meeting between two leaders, as Russia has recently increased its attacks in Idlib, the last stronghold of the Syrian opposition forces backed by Turkey.

Some analysts say that Russia’s escalation in Idlib, Syria, is either a preparation for a greater assault or a way to put more pressure on Turkey.

Turkey regards these attacks as violations of the Sochi Agreement, which was signed in 2019 between Turkey and Russia. There are growing concerns in Ankara that a full-scale war in Idlib could trigger a new wave of refugees towards Turkey.

Recently there have been talks between YPG and Russian officials. Turkey strongly opposes these talks. Russia also provides protection to the YPG in areas close to Tal Rifat, Tal Abyad, Manbij, and its presence alongside the Turkish-Syrian border.

But while the most important agenda item of the Putin-Erdogan meeting is Syria, if Erdogan delivers on his statement that Turkey might buy a new batch of the S-400 systems, the future of Turkey-US relations might be on the line as well. 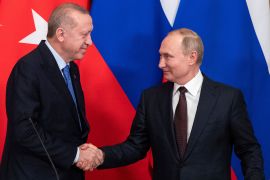 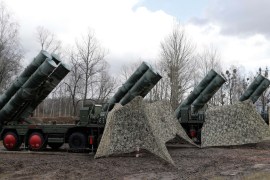 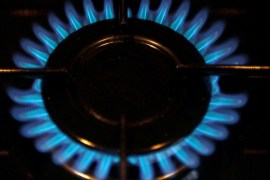 Is Russia to blame for Europe’s gas shortages?

International Energy Agency calls on Moscow to send more gas to head off an energy crisis amid concerns of shortages.