This is standard for any election. But many worry that it does not actually matter who Czechs vote for when they go to the polls on October 8-9.

That is because Milos Zeman has announced he plans a presidential coup.

The head of state says he will exploit his presidential powers to appoint the leader of the party that gets the most votes as prime minister. That means another term for incumbent Andrej Babis.

The billionaire premier’s Ano party leads the polls with support of about 27 percent, but would likely struggle to build a governing coalition.

Two election coalitions, the liberal PaS and centre-right Spolu – collectively labelled the “democratic bloc” – are each polling at about 21 percent.

Either could yet overtake Ano. But that still will not secure the prime minister’s chair. Zeman claims election coalitions are “a fraud”.

But there is no logic to Zeman’s stance, said Jiri Pehe, a political analyst and former adviser to Vaclav Havel, the first Czech president, adding that Zeman simply wants access to the levers of power.

The wily political veteran has been testing the boundaries of his largely ceremonial post since he took office in Prague Castle in 2013.

Four years ago, as other parties refused to work with Babis, Zeman bent the rules to allow the billionaire nine months to cobble together a minority government coalition.

It was the start of a power pact that persists to this day.

Babis profits from Zeman’s large support among older and provincial Czechs. He is desperate to stay in power to evade the threat of criminal charges linked to his use of European Union funds.

The president, in turn, is happy with Babis’s nonchalance and sees the tight race for the October vote as a chance to increase his leverage.

“Zeman could keep Babis in place or try to install a caretaker government,” Pehe said, “but either way, we could have an impasse until the end of the president’s second and final term in March 2023.”

In the face of this, PaS and Spolu have few options.

However, they will have some leverage should they secure even a thin majority of parliament’s 200 seats, which could be achieved with 43-45 percent of the vote, according to estimates.

In that case, they could rein Zeman in by threatening to cut funding to the presidential office or passing a motion to have the president declared unfit by the constitutional court.

“That makes it vital that people turn out to vote, even if they feel it’s pointless,” says Pehe. “A majority for the anti-democratic parties would give Zeman a free hand.”

She plans to vote for one of the democratic bloc coalitions regardless of the presidential plan.

“It’s important to participate in elections even if it seems pointless,” the 48-year-old said. “We have to teach our children the importance of not being passive.”

However, PaS leader Ivan Bartos is not optimistic.

“We’ll certainly talk with the president after the vote and try to form a democratic government [with Spolu],” he said.

“But he will do what he wants. He’s in his final term and has nothing to lose. He must remember he can’t commit high treason, but otherwise, he’s pretty much untouchable.”

Protesters are also likely to try to police the president’s behaviour.

A Million Moments for Democracy, the civic movement that brought more than a quarter of a million protesters out onto Prague’s streets in 2019, plans to call for a new wave of demonstrations should Zeman keep Babis in the prime minister’s chair undemocratically. Stepanova says she would take part.

The president’s plan is a threat to Czech democracy, the movement’s leaders assert. Critics also claim it risks poisoning the political environment and imposing on the country an unstable minority government, likely reliant on support from “extremist” parties.

At the same time, the consequences would not be catastrophic, Pehe predicts.

“Czech democratic institutions are more robust than those of Hungary and Poland, where populist governments have rigged the system,” he said.

“Zeman and Babis don’t have the power to fundamentally damage Czech democracy.”

Bartos, however, appears more concerned about the potential effects of Zeman’s scheme on a political landscape steered by a constitution hurriedly written as communism collapsed in 1989 and is yet to be refined.

Zeman has spent years taking advantage of its many loopholes.

“The president has already dismissed the traditional requirement – which is not actually written anywhere – that the government should be formed by the parties that can achieve 101 seats in parliament,” the opposition leader warns.

The presidential office did not respond to Al Jazeera’s requests for comment.

Zeman’s plans for wielding his post-election leverage likely include mending relations with Russia and China.

While the president and his circle, many of whom have deep economic ties in the east, have sought to influence foreign policy to cement links, the liberal political establishment has provoked numerous spats.

That has encouraged even Babis – always keen to maintain a good image among his EU peers – to rebel against the president’s agenda.

In April, his government expelled more than 100 Russian diplomats as it accused Moscow of an attack on a munitions depot in 2014.

Such dissent is unlikely to be tolerated should Zeman’s plan play out. The president has spent the summer seeking to show Babis who is boss.

In particular, he has demanded the premier hand him the head of Michal Koudelka, under whose leadership the Czech security services have forged strong links with Western allies and warned loudly of Russian and Chinese threats.

Ahead of the election, Babis managed to kick the can down the road, but the spy chief’s days look to be numbered.

As Pehe puts it: “Zeman holds most of the cards in the relationship.”

Many expect that the head of state will have further demands ready for the new government. Chief among them could be the reinstatement of Russian and Chinese firms in state tenders concerning nuclear energy and telecoms.

As one newspaper columnist warns: “If Andrej Babis thinks that he will go to [Prague] Castle to get the premiership from an old friend with whom he will simply somehow agree, he is wrong.” 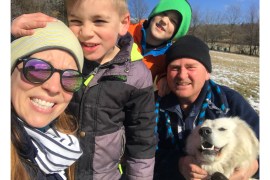 ‘Better off here’: Returnee Czechs happy to be home after Brexit

Expats who quit the UK are pleasantly surprised by the positive changes that took place during their absence. 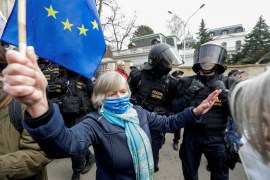 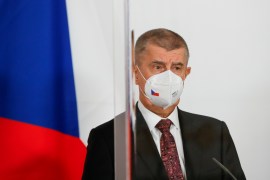 The move opens the way for the possible use of Russian and Chinese vaccines in one of Europe’s hardest-hit countries.