Beirut, Lebanon – Families of the Beirut Port blast victims are protesting against the suspension of the investigation into the devastating explosion, saying the probe is the “last opportunity for accountability” in Lebanon.

About 300 protesters gathered by the Palace of Justice in Beirut on Wednesday to condemn top political officials for attempting to remove lead investigator Judge Tarek Bitar from the probe after it was suspended on Monday.

Paul Naggear, who lost his three-year-old daughter Alexandra in the blast, was outraged that the investigation had been suspended. He likened Lebanese officials to criminals.

Protesters held up portraits of family members they lost in the blast.

Among them was 17-year-old Christelle Merhi, whose father Joseph worked at the Beirut Port and was killed in the explosion.

“If we don’t demand the truth then we won’t ever know what happened to the victims,” Merhi told Al Jazeera. “We support Judge Bitar and want him to continue leading the investigation.”

The Beirut port blast inquiry was suspended on Monday after former Interior Minister Nouhad Machnouk – who is accused of criminal negligence over the blast – formally notified the investigator Bitar of his request to dismiss him from the case.

Machnouk, a sitting parliamentarian, along with former Public Works Minister Youssef Finianos, requested the removal of Bitar from the blast investigation last week, accusing the judge of bias and misconduct.

The legal complaint on the grounds of “legitimate suspicion” is similar to complaints lodged in December 2020 by former ministers Ali Hassan Khalil and Ghazi Zeiter against Judge Bitar’s predecessor, Judge Fadi Sawan.

Khalil and Zeiter accused Sawan of being unable to conduct a fair investigation because his Beirut residence had been damaged in the blast. Sawan stepped down from the investigation in February.

Finianos is one of a handful of former ministers and senior security officials Bitar charged with criminal negligence in early July, but had refused to appear for questioning.

At least 218 people were killed in the August 4, 2020, Beirut Port blast when a huge stockpile of ammonium nitrate, which had been stored unsafely at the port for years, detonated.

The death count continues to increase. Ibrahim Harb, a 35-year-old accountant who fell into a coma after the blast, succumbed to his wounds on Tuesday.

The blast was one of the largest non-nuclear explosions ever recorded and was the most destructive single incident in the country’s troubled history.

‘The guilty must be convicted… the innocent acquitted’

President Michel Aoun, who previously admitted that he knew about the dangerous ammonium nitrate stockpile, issued a statement on Wednesday supporting the continuation of the investigation.

“The investigation must continue for the guilty to be convicted and the innocent to be acquitted,” the statement said.

Neither Bitar nor his predecessor has summoned the president thus far.

But political and security officials across the country’s array of sect-based political parties have been critical of Judge Bitar.

Prime Minister Najib Mikati has not been as vocally critical of Bitar as others, though he told local broadcaster LBCI that he doesn’t think Lebanon “could withstand the second judge being removed”.

Human Rights Watch, local watchdog Legal Agenda, and other organisations have accused the country’s leadership of obstructing the investigation and unjustly targeting Bitar.

A handful of civil society organisations, survivors, and UN experts have called for an international probe, which they believe would be more technically effective and would prevent constant obstruction.

The European Parliament recently followed suit, passing a new resolution on Lebanon calling for the same. 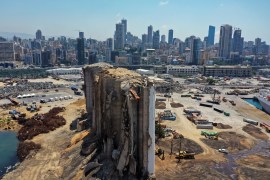 Lebanon: Man injured in Beirut port blast dies, over a year on

The death of Ibrahim Harb, a 35-year-old accountant, brings the number of people killed by the blast to at least 215. 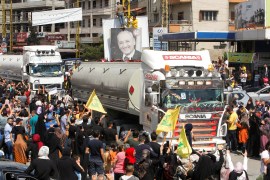 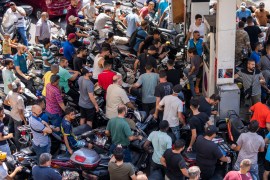