Iceland has begun voting in an election that could see its unprecedented left-right coalition lose its majority, despite bringing four years of stability after a decade of crises.

With the political landscape more splintered than ever, the process of forming a new coalition could be more complicated than in the past after Saturday’s polls.

Prime Minister Katrin Jakobsdottir, whose Left-Green Movement had never led a government before, is seeking a second mandate but the large number of parties could get in her way.

Iceland’s parliament Althing, the oldest in the world, has 63 seats, which means at least 32 seats are needed for a majority government.

Opinion polls suggest a record nine parties out of 10 are expected to win seats in the Althing, Iceland’s almost 1,100-year-old parliament. That makes it particularly tricky to predict which parties could end up forming a coalition.

With 33 of 63 seats, the outgoing coalition is a mix of the conservative Independence Party, the centre-right Progressive Party, and the Left-Green Movement.

Some opinion polls suggest the current coalition will manage to secure a narrow majority but others say it will fail.

While Jakobsdottir is broadly popular, her party is hovering about 10-12 percent in the polls and risks losing several seats.

During her four-year term, Jakobsdottir has introduced a progressive income tax system, increased the social housing budget and extended parental leave for both parents.

She has also been hailed for her handling of the COVID crisis, with just 33 deaths in the country of 370,000.

But she has also had to make concessions to keep the peace in her coalition, including a promise to create a national park in central Iceland that is home to 32 active volcano systems and 400 glaciers.

This is only the second time since 2008 that a government has made it to the end of its four-year mandate on the sprawling island.

Deep public distrust of politicians amid repeated scandals sent Icelanders to the polls five times from 2007 to 2017.

The Independence Party, which polls credit with about 20-24 percent of the vote, also risks losing seats but is expected to remain the largest political party.

Its leader, Finance Minister Bjarni Benediktsson, is a former prime minister who comes from a family that has long held power on the right. He is eyeing the post of prime minister again.

Benediktsson has survived several political scandals, including being implicated in the 2016 Panama Papers leak that revealed offshore tax havens, and is standing in his fifth election.

“I’m optimistic, I feel supported,” he told a campaign rally this week, insisting his party would continue to be “the backbone of the next government”.

But there are five other parties all hot on his heels, credited with 10 to 15 percent of votes.

They are the Left-Green Movement, the Progressive Party, the Social Democratic Alliance, the libertarian Pirate Party, and the centre-right Reform Party. A new Socialist Party is also expected to put in a strong showing.

‘Land of Fire and Ice’

A shattered political landscape will make it difficult to form a new government, but Jakobsdottir may seek a coalition with other left-wing parties that opinion polls suggest will gain support.

“If we get such a government, we are going to see some changes when it comes to taxation of the rich, and environmental questions are going to be more important,” said Baldvin Bergsson, a political analyst at broadcaster RUV.

Climate change is an important issue for Icelanders, who like to call their nation the “Land of Fire and Ice” because of its other-worldly landscape of volcanoes and glaciers.

Iceland has already pledged to achieve carbon neutrality by 2040, well ahead of most other European nations, but especially younger voters are pushing for even bolder steps.

Left-wing parties are also calling for more government spending on healthcare, which has been the most important topic in the election.

Successful weathering of the pandemic and the lifting of coronavirus restrictions has reopened borders, providing a needed boost to the vital tourism sector, which attracted some two million foreign visitors in 2019.

“The pandemic was a huge blow to the important tourism industry,” said Stefania Oskarsdottir, a political scientist at the University of Iceland, adding high public spending has fuelled optimism.

“Despite coming out of a deep recession, the average Icelander feels that these are good times,” she said.

Polls opened at 9am (09:00 GMT). First results are expected on Saturday, shortly after voting stations close at 10pm (22:00 GMT), but a clear picture is not expected until Sunday. 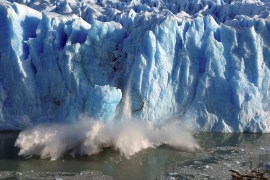 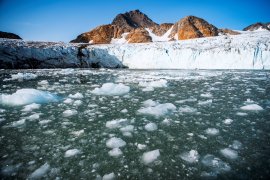 Latest data shows the Arctic is warming three times faster than anywhere else on the planet, putting summer ice at risk. 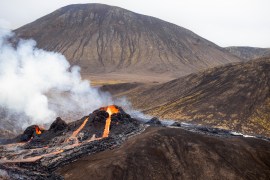 Authorities say the eruption of a long-dormant volcano is easing and should not interfere with air travel. 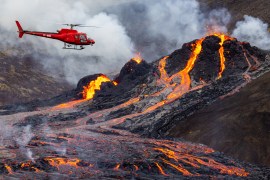