There was relative calm in Melbourne on Thursday after three days of anti-lockdown protests that led to violent confrontations with police in Australia’s second biggest city, with officers out in force on the streets of the city centre.

Footage shared on social media showed police in central Melbourne checking people’s reasons for being outside.

Officers were also on patrol at vaccination centres amid concern that they could be a target for protests, the Age newspaper said. The Melbourne Town Hall facility was closed after workers there were spat on and abused on Wednesday.

The city of five million has been in strict lockdown for seven weeks, as the authorities struggle to curb an outbreak of the fast-spreading Delta variant.

Hundreds of people joined protests this week after authorities announced they would close building sites for a fortnight, and make vaccination mandatory for all construction workers, after the emergence of a number of clusters emerged connected to the industry.

More than 200 people were arrested on Wednesday with police using pepper spray, foam baton rounds and rubber ball grenades to disperse the crowds including at the Shrine of Remembrance, the city’s war memorial.

The force’s professional standards command and transit safety division were investigating the incident, the paper said.

In the neighbouring state of New South Wales (NSW), at least 1,063 cases were reported on Thursday, with an additional six deaths according to The Sydney Morning Herald newspaper. A new COVID-19 cluster was also reported at a North Sydney hospital.

Amid the continuing rise in cases, NSW Health Minister Brad Hazzard said the state was “really doing a very good job” in its vaccination effort.

The percentage of people aged 16 and older who have had their first dose has already reached 83.6 per cent, with 55.5 percent fully vaccinated.

“That is quite remarkable and I want to thank everybody who is going out and doing their bit for the community and for themselves and getting vaccinated,” Hazzard told the newspaper.

About 45 percent are fully vaccinated in Victoria.

Australia is fighting a third wave of infections from an outbreak of the Delta variant in Sydney and Melbourne, as well as its capital Canberra, forcing nearly half the country’s 25 million people into strict stay-at-home restrictions.

Officials have promised to ease lockdown rules once 70 percent of adults are fully vaccinated, which is expected next month.

Some 60,000 cases have been recorded since mid-June when the first Delta case was detected in Sydney. Total deaths are just below 1,200, but still lower than in many other wealthy countries. 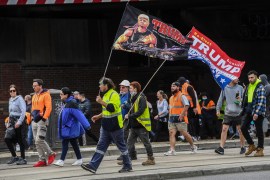 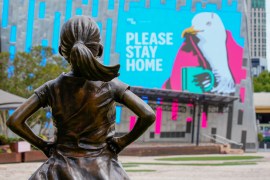 Authorities in Australia’s second-biggest city are scrambling to identify source of new infections. 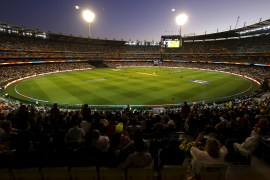 Aussie rules: Melbourne fans to get tested amid COVID scare

Melbourne Cricket Ground latest on growing list of venues where people could have been exposed to the coronavirus.