Serbian tennis star Novak Djokovic has been criticised over a photo showing him alongside a former commander of the notorious Drina Wolves paramilitary unit, which participated in the genocide against Bosniaks in Srebrenica, Bosnia and Herzegovina.

Images posted to Twitter on Sunday showed Djokovic sitting at a table next to Milan Jolovic, the former commander who goes by the nickname of “Legend”.

Many Serbs celebrate Jolovic for saving the life of convicted war criminal Ratko Mladic during the war in Bosnia in the early 1990s.

The images of Djokovic were later published by local media.

In 2017, a UN court found Mladic, the former Bosnian Serb general, guilty of genocide and war crimes in Bosnia and sentenced him to life imprisonment.

The Drina Wolves was a military unit of the army of Republika Srpska, which participated in the mass killing of Bosniaks in Srebrenica, later deemed genocide by international courts.

During a recent visit to Bosnia, Djokovic was seen singing at a wedding with Bosnia’s Serb member of the presidency, Milorad Dodik, a well-known genocide denier who regularly advocates for the secession of Bosnia’s Serb-run entity, Republika Srpska, from the country.

Al Jazeera contacted Djokovic’s representatives for comment, but had not received any response at the time of publication.

the dope of nationalism has downed many heroes. https://t.co/UiMMKdPR2v

Political scientist Jasmin Mujanovic wrote on Twitter that Djokovic is unlikely to lose any sponsorship deals as a result of his association with controversial figures.

“Bosnian Genocide denial and/or association with those involved in as much (including actual killings) gets you Nobel Prizes and keynote lectures not social ostracism,” Mujanovic wrote.

“For those keeping count, 0 is also how many sponsors he lost for posing with a liquor brand named after WWII Nazi collaborator Draza Mihailovic. Or when he received an award from the Republika Srpska entity government, past luminaries of which include genocidaires Milosevic, Mladic, Karadzic etc.”

Djokovic previously sparked controversy in 2020 when he accepted the Order of the Republika Srpska, presented by Dodik.

The award was reportedly for Djokovic’s work towards promoting tennis in Republika Srpska.

However, critics noted that previous awardees of the order have included convicted Serb war criminals such as Mladic, Radovan Karadzic, Momcilo Krajisnik, Biljana Plavsic, and the nationalist former president of Serbia, Slobodan Milosevic.

“Djokovic could have been the greatest of all time, he could have represented the whole planet of sports and help out in a billion ways,” columnist Dragan Bursac wrote in a recent column for the Radio Sarajevo news website.

“Instead, he shares a decoration with war criminals Radovan Karadzic and Ratko Mladic, he sings in village weddings with the Dodiks and picnics with people who were in charge of organising [military] operations which led to the genocide.

“We can say then, that the world’s best tennis player, outside of the tennis court, is just like Vulin Aleksandar,” Bursac added, referring to the hawkish Serbian interior minister. 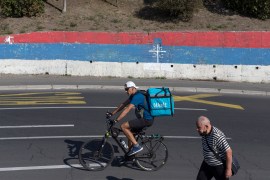 Flexing of muscles by Serbian officials fuels worries in the neighbouring states. 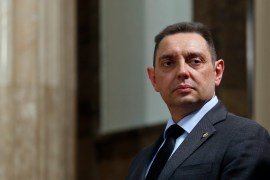 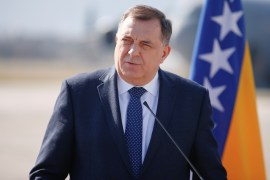 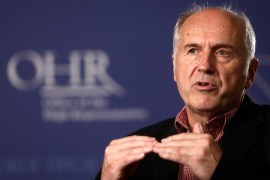