New Delhi, India – It is a humid and sweaty morning. The nearby drain, overflowing with overnight monsoon rains, stinks. A few metres away, pigs rummage through the rubbish.

But the weather or stink does not dissuade Bapu Nishtar Singh, who has been protesting for nearly 10 months against a set of agricultural laws passed by Prime Minister Narendra Modi’s government in September last year.

The 85-year-old from Punjab state’s Ludhiana district is among thousands of farmers from across India camping at Singhu outside capital New Delhi, the epicentre of nationwide protests that have posed the biggest challenge for Modi since he came to power seven years ago.

Last September, Modi’s right-wing government passed three laws aimed at “modernising” the country’s agricultural system. The government said the laws will benefit the farmers by increasing their income and give them additional choices to sell their produce.

But farmers like Bapu Nishtar Singh say the laws are an attempt to erode a longstanding minimum support price (MSP) for their crops assured by the government and will enable a few corporations to control the vast agriculture sector.

Bapu Nishtar Singh fears the new laws will put his 1.5 acres (0.6 hectares) of agricultural land, on which he mainly grows rice and wheat, at the mercy of corporations – a common view shared by other farmers as well.

“We don’t understand why they are enforcing these laws on us. We never demanded them. The government didn’t talk to us before they brought these legislations,” he told Al Jazeera.

“The government says the laws are for the betterment of farmers but we know they are hand-in-glove with the corporates and the laws are meant to benefit them [corporates], not the farmers.”

Two months after the laws were passed, hundreds of thousands of farmers, mainly from Punjab, Haryana and Uttar Pradesh states marched on their tractors, motorbikes and on foot to New Delhi to put pressure on the government to repeal them.

When they were stopped from entering the capital, they decided to camp outside New Delhi, braving the region’s biting cold, extreme heat and monsoon rains for months now.

Hundreds of tents have been pitched along three key highways leading to Punjab, Haryana and Uttar Pradesh states – where they have set up makeshift kitchens, clinics, and even libraries – sending out a clear message to the government that they are ready for a long haul.

In these nine months, Singh has been home only once just for five days to see his ailing wife.

“Earlier this year, my wife called me and said she is not well and I should visit her before she dies,” he told Al Jazeera. “That was the only time when I went back to my home since November 26 last year.”

As soon as his wife recovered, Bapu Nishtar Singh rushed back to join the protest.

The elderly farmer said he did not expect the government would turn apathetic towards the farmers, often called “annadata” or providers, by their politicians.

Once accounting for a third of India’s gross domestic product (GDP), the agricultural sector now makes only 15 percent of India’s $2.9 trillion economy.

More than half of the country’s farmers are in debt, with 20,638 dying by suicide due to debt and crop failures in 2018 and 2019, according to India’s National Crime Records Bureau.

According to Samyukta Kisan Morcha, or Joint Front of Farmers, at least 537 farmers have died in nearly 10 months of the ongoing protest, with most deaths taking place due to heart attacks, illnesses due to cold weather conditions, and in road accidents.

In July, however, the government claimed it had no record of the protesting farmers who died.

Last month, police in Haryana baton-charged farmers demonstrating at a highway toll plaza in the state’s Karnal district. Farmers alleged at least one person died and nearly 10 others were wounded in the attack.

The farmers withdrew their protest after the state government, headed by Modi’s Bharatiya Janata Party (BJP), ordered an investigation into the violence. The government also sent a police officer, caught on tape allegedly telling policemen to “break the heads” of the farmers, on leave.

Eleven rounds of talks between the farmers’ unions and the federal government to seek an end to the protests have yielded no results. The last time the two sides met was on January 22 this year.

In the same month, India’s Supreme Court suspended the implementation of the farm laws and set up a committee to consult the stakeholders and assess the effect of the legislation on them.

Despite the burgeoning protests, the government has repeatedly ruled out repealing the laws.

“The day we embarked on a march to New Delhi, we were hopeful that the government would accept our demands and we would be back to our villages in a couple of days,” he said.

“But that did not happen and we are here. But we are not going back unless our demands are fulfilled.”

Gurcharan Singh, 65, who hails from Punjab’s Patiala district, has also been at Singhu since the beginning of the protests.

“Unless and until the government doesn’t take the black laws back, we will not move from here,” Gurcharan Singh told Al Jazeera.

According to food and trade policy analyst Davinder Sharma, the principles on which the farm laws are based have failed to enhance the income of farmers anywhere in the world.

“In all the rich countries, farmers are suffering. Agriculture distress is huge despite the market reforms being there for the last several decades. My argument is if these reforms have not worked [in the United States and European nations], how do you think the same reforms will work in India?” Sharma told Al Jazeera.

Sharma said if the government really wants to increase the income of the farmers, it should make MSP a legal right, which means no trading of produce can take place below that price.

The second thing, he said, is to rectify the issues in the government-designated markets for food grains, called “mandis”, and expand their network across India.

Parliamentarian Manish Tewari of the opposition Congress party says the government has handled the farmers’ protests in the “most insensitive manner possible”.

“In a democracy, you do not allow elderly men, women and children to sit on the streets on the borders of the national capital for one year,” he told Al Jazeera.

Tewari, who is a politician from Punjab, said the government thinks it is “tiring these people out, but it does not know the spirit of the Punjabis”.

Raghbir Singh of the Indian Farmers Association said they will campaign against the BJP in upcoming regional elections early next year, mainly in Uttar Pradesh, India’s most populous state.

“In the upcoming polls in Uttar Pradesh, we will travel across the state and campaign against the BJP. The party will have to pay for its anti-farmer laws,” he said.

BJP spokesman Syed Zafar Islam dismissed the farmers’ charges, saying their campaign against the BJP will not affect the election results.

“All the farmers are not against the three farm laws, but only a section of them. And the BJP leadership is more than keen to engage with them to understand the shortcomings in the law and keen to rectify them,” he told Al Jazeera, claiming the BJP was a “pro-farmer party” which has taken “several pro-farmer initiatives since it came to power in 2014”.

But Raghbir Singh questioned the government’s intentions behind trying to enforce the laws when the farmers themselves do not see them as beneficial.

“It is the farmers who should decide whether or not the new laws are beneficial, and not the government,” he told Al Jazeera. 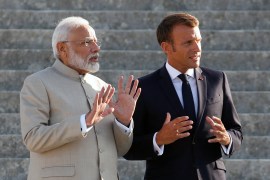 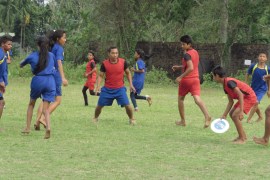 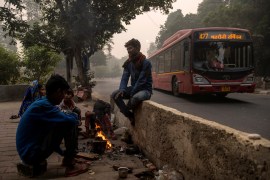