Tehran, Iran – Iran’s bid to become a full member of the Shanghai Cooperation Organisation (SCO) was approved after almost 15 years by the bloc’s seven permanent members on Friday.

After the technical and legal process concludes – which could take up to two years – Iran will formally join a group that accounts for about one-third of the world’s land and exports trillions of dollars annually – as it counts China, Russia and India, in addition to several Central Asian states, among its members.

Following his return from a summit in Tajikistan’s Dushanbe, President Ebrahim Raisi termed the approval a “diplomatic success” that means linking Iran to the economic infrastructures of Asia and its vast resources.

During a speech at the two-day summit, he had denounced “unilateralism” by the United States and called for a concerted effort to fight sanctions.

President Raisi held a string of high-level bilateral meetings on the sidelines of the SCO summit. Among other things, they led to the signing of eight agreements with Tajikistan’s President Emomali Rahmon.

The two set a target of $500m for annual bilateral trade, which is close to 10 times higher than the current levels.

Rather than major political or economic gains, Iran’s main takeaway from this success in the short term may be limited to a boost in prestige and diplomacy.

The main issue with Iran’s approach towards the SCO is that it looks at it as a “concert of non-Western great powers” rather than a modern international organisation, and views it in an anti-Western or anti-US setting, says Hamidreza Azizi, visiting fellow at the German Institute for International and Security Affairs (SWP).

“This is despite the fact that countries such as Pakistan and India are US’s close partners, and even Russia and China have never been willing to openly challenge the US on the global scene,” Azizi told Al Jazeera.

“The combination of these two misunderstandings, and also Iran’s self-perception as a natural hegemon in West Asia, would make the whole thing appear to the Iranian leaders as Iran joining other anti-Western great powers to form a strong coalition that is going to challenge the US hegemony.”

Azizi added that SCO members are reluctant to entangle themselves in Iran’s rivalries, which may be why, on Friday, they also admitted Saudi Arabia, Qatar and Egypt as “dialogue partners” in a balancing effort.

From a diplomatic perspective, the approval is significant.

The country had been an “observer member” since 2005.

As well as in Farsi, he published the message in English, Arabic and Hebrew, signalling that it was also a message for the region and the West.

Iran’s previous bids for SCO membership were blocked because it was under United Nations sanctions, and some members, including Tajikistan, were against it due to Tehran’s perceived support for the Islamic Movement of Tajikistan.

Warmly welcome the decision of the SCO to approve #Iran‘s full membership.

A major step toward enhanced ties with neighbors & an important impetus for our Asia-centered foreign policy.

We’ll continue our efforts to build on indigenous initiatives for the good of the region. pic.twitter.com/p66g5Sn0PP

This marks the first time Iran becomes a full member of a major regional bloc since its 1979 revolution, said Abas Aslani, a research fellow at the Center for Middle East Strategic Studies in Tehran.

“Moreover, Iran could gain significant access to the Central Asian region, which can be regarded as a market for exports of Iranian goods,” Aslani said, adding that only time will show how much of those potentials Iran can realise.

Aslani believes that US sanctions could prove to be roadblocks on the way to achieving those potentials should they persist, but will not halt Iran’s economic progress.

Iran and world powers have conducted six rounds of talks in Vienna to restore the country’s 2015 nuclear deal, which, if successful, would see US sanctions lifted.

The talks have been on hold since late July to allow Raisi to form his administration, but are expected to resume soon.

“If the nuclear deal is revived, it would only be one wing. The other is the increasing development of ties with the East, which would happen regardless of whether talks with the West are successful,” Aslani said.

The SCO, which grew from the “Shanghai Five” pact of the mid-1990s, is governed by consensus, which limits the scope of major cooperation between its member states.

It also functions more as a venue for discussion and engagement where high-level dignitaries from across the region can gather to confer, rather than an alliance like the EU, whose members have a common currency, or NATO.

“Iran’s grandiloquent narratives about ‘non-Western’ powers and organisations like the SCO in precipitating a shift in the balance of power away from the US belies the fact that the SCO lacks the ability to foster deeper integration between these regional and great powers,” said Nicole Grajewski, a research fellow with the International Security Program at the Belfer Center for Science and International Affairs.

“There is no Russia-China-Iran axis with formalised commitments akin to an alliance, and the SCO certainly will not provide the institutional structure for such an alliance,” she told Al Jazeera.

Grajewski said the SCO membership will provide a forum for closer engagement with the region for Iran, but that was something Tehran already enjoyed as an observer state.

She added that the volume of trade with national currencies of Iran, Russia and China has been modest even as they have discussed de-dollarisation for decades, and they are not close to launching an alternative financial messaging service to the Society for Worldwide Interbank Financial Telecommunication (SWIFT) global financial network.

The SCO is mainly a geopolitical and security organisation with limited infrastructures to pursue economic integration and Grajewski said “the direct economic benefits from the SCO are marginal” but member states could pursue bilateral agreements. 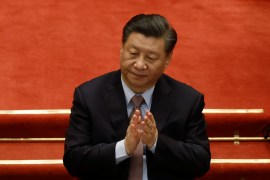 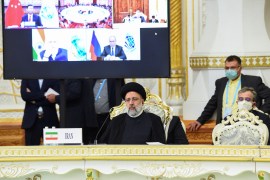 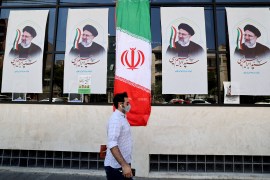 Iran and the UN’s nuclear agency reached an agreement on Sunday and said talks will continue later this month.