Chinese President Xi Jinping has warned against “interference from external forces” in the region, as Australia shrugged off Beijing’s growing anger about its decision to acquire US nuclear-powered submarines, and promised to defend the rule of law in airspace and waters where China has staked hotly contested claims.

In an address before the Shanghai Cooperation Organization (SCO) on Friday, Xi urged heads of state to “absolutely resist external forces to interfere [in] countries in our region at any excuse, and hold the future of our countries’ development and progress firmly in our own hands”.

His comments followed the announcement of the United States, United Kingdom and Australia to form a security and defence partnership, and Australia’s decision to buy nuclear-powered submarines from the US.

China’s state-owned publication Global Times also described Australia as “a pawn of the US” and called it “naive” for financing “America’s cold war gambit”.

“Australia could face the most dangerous consequence of being cannon fodder in the event of a military showdown in the region.”

Australian Prime Minister Scott Morrison, however, argued on Friday that China has its own “very substantive programme of nuclear submarine building”.

“They have every right to take decisions in their national interests for their defence arrangements and of course, so does Australia and all other countries,” he said in an interview with radio station 2GB.

In a series of media interviews, Morrison said his government was reacting to changing dynamics in the Asia-Pacific region, where territory is increasingly contested and competition is rising.

Australia wanted to ensure that there were no “no-go zones” in areas governed by international law, Morrison said.

Australia’s decision has also angered France, which lost an arms deal, but the main backdrop to the Australia-US-UK alliance is China’s rise.

China has claimed most of the territories in the South China Sea, defying a 2016 decision by the Permanent Court of Arbitration at The Hague declaring it as without legal basis.

It has also built artificial islands in the South China Sea and constructed massive runways and shipping docks, while also reportedly installing missile systems on the Spratly Islands.

It has rejected competing claims from Brunei, Malaysia, the Philippines, Taiwan and Vietnam in the South China Sea.

China has also imposed tough trade sanctions on a range of Australian products, widely seen in Australia as a reaction to Canberra’s opposition to Chinese investment in sensitive areas and its questioning of the origins of the COVID-19 pandemic, as well as the alleged rights abuses in Hong Kong and Xinjiang.

Morrison said the new defence alliance, prepared in 18 months of discussions with the US and UK, will be permanent.

“It involves a very significant commitment not just today but forever. That is why I refer to it as the forever partnership. It is one that will see Australia kept secure and safe into the future,” he said.

Morrison told Australian media that the defence alliance had been “well-received” in his discussions so far with leaders in Japan, India, Singapore, New Zealand, Fiji and Papua New Guinea.

Indonesia’s government said it took note “cautiously” of the agreement.

“Indonesia is deeply concerned over the continuing arms race and power projection in the region,” the foreign ministry added in a statement.

Speaking during a visit to Washington for talks with his US counterparts, Australian Defence Minister Peter Dutton was even more dismissive of the reaction by some Chinese officials and government-backed media to the deal, describing it as “counterproductive and immature and frankly embarrassing”.

Dutton said Australia was willing to host more US Marines on rotation through the northern city of Darwin and wanted to see air capability enhanced. 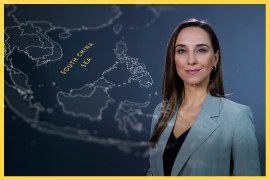 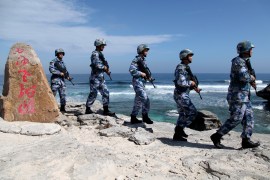 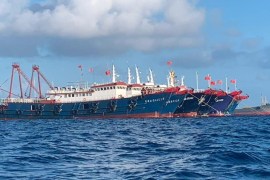