The Dutch defence minister has resigned over the government’s handling of evacuations from Afghanistan, announcing her move one day after the Netherlands’ foreign minister stepped down.

Both high-profile figures were accused by legislators of bearing responsibility for the government’s slow response to the surge of the Taliban in Afghanistan and muddled management of evacuations.

Ank Bijleveld, who revealed her departure from office on Friday, had initially refused to quit but reconsidered following heavy criticism from members of her own Christian Democrats party.

“I wanted to finish our mission to bring those who are still in Afghanistan and who count on us to safety,” Bijleveld said.

“But my position has become subject of discussion, and I don’t want to obstruct the important job of the people that work for me.”

Bijleveld and foreign minister Sigrid Kaag were censured by the Dutch Parliament on Thursday. The pair were criticised for failing to prepare the safe passage of thousands of Afghans who could have been eligible for asylum in the Netherlands following the Taliban’s takeover.

Kaag resigned on Thursday evening, immediately after the motions of disapproval against both ministers were adopted.

She had previously defended her handling of the crisis but acknowledged the government had “blind spots” about the situation.

Kaag said the flawed official response meant some local staff and people who had worked as translators for Dutch troops in Afghanistan had not been evacuated.

The Dutch ministers are some of the first Western officials to quit and take responsibility for the chaos between the Taliban’s takeover of Kabul on August 15 and the pullout of US forces on August 31.

Their resignations come after the United Kingdom’s Dominic Raab was demoted from his position as foreign secretary in a recent cabinet shake-up. Raab had been widely criticised for his handling of the situation in Afghanistan.

However, the impact of Bijleveld and Kaag’s exits on the Dutch political system could be limited.

The country’s current cabinet is a caretaker administration, following the downing of Prime Minister Mark Rutte’s government amid a childcare subsidies scandal in January.

Efforts by Rutte and Kaag to form a new government have stalled following a general election held six months ago in the wake of the political furore.

Rutte’s conservative People’s Party for Freedom and Democracy won the most seats in the poll. 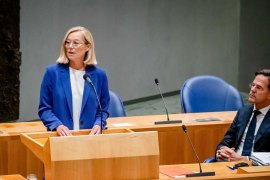 Sigrid Kaag admitted the government’s slow response meant some who had worked for Dutch troops had not been evacuated. 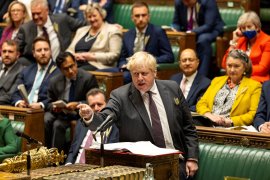 Johnson has appointed a new-look cabinet after controversies over COVID, Afghanistan and taxes.