A civil rights investigation launched in Aurora, Colorado in the wake of the police-involved death of Elijah McClain has found a deeply engrained culture of racially biased policing within the city’s police department, the state’s attorney general has said.

The state investigation is one of many probes launched in the wake of McClain’s death.

The 23-year-old massage therapist died in hospital after being placed in a police chokehold in August 2019.

Police had received a report of a man wearing a ski mask and waving his arms in the air who seemed “sketchy”. Family members later said McClain, who is Black and was unarmed, wore masks in the summer because he had anaemia and got cold easily.

On Wednesday, Attorney General Phil Weiser said the state investigation found that the Aurora Police Department has long had a culture in which officers treat people of colour – especially Black people – differently to white people. He said the agency also has a pattern of using unlawful excessive force, frequently escalating encounters with civilians, and failing to properly document police interactions with residents.

“These actions are unacceptable. They hurt the people that law enforcement is entrusted” to serve, Weiser said.

Police body camera audio captured McClain telling police “I’m just different” and asking them not to touch him during the encounter. He is heard saying that he initially did not respond to police officers’ commands because he was listening to music on his headphones.

Officers put McClain in a chokehold and pinned him down, before paramedics injected him with 500 milligrams of ketamine, used as a sedative. Investigators say the amount injected was appropriate for someone 35kg (77 pounds) heavier than McClain’s 64-kg (143-pound) frame.

He became unconscious and was later pronounced brain dead at the hospital.

The findings of the state investigation, the first of its kind under a new police accountability law passed during the 2020 protests, are the latest mark against the Aurora police department.

That came after Colorado Governor Jared Polis ordered a new criminal investigation into the incident. A district attorney had previously said he could not charge the officers because an autopsy could not determine how McClain died.

An internal police investigation had also initially cleared the officers of wrongdoing, leading Aurora’s City Council to launch an independent commission that found McClain was stopped without justification and that police used excessive force.

Rosenblatt and two other officers had previously been fired over a photo appearing to re-enact the chokehold near to where police had approached McClain.

‘My son’s death was preventable’

McClain’s mother, Sheneen McClain, said she participated in the state investigation into her son’s death and welcomed its findings.

“It’s just terrible that it takes my son’s death for Aurora police to change what they’ve been doing for a long time in this community,” she told The Associated Press news agency.

“Front and centre: Elijah would still be here if the system was operating like it should. My son’s death was preventable and it’s really sad that it took all this to get justice done and make sure it won’t happen to someone else.”

On Wednesday, Attorney General Weiser urged the police department to commit to recommended reforms in officer training, its policies on use of force and especially stricter standards for police stops and arrests.

If it fails to do so, he said, his office would seek a court order compelling the department to comply.

Aurora police Chief Vanessa Wilson and City Manager Jim Twombly said in statements that they will cooperate with Weiser’s office and already have been working to implement reforms in the department.

Friends and colleagues remembered McClains as a gentle introvert who played violin – at times bringing the instrument to a local animal shelter to play for the inhabitants. 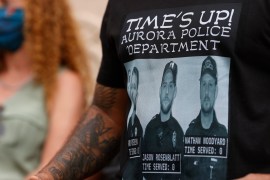 McClain died after being injected with a sedative during a police stop in Aurora, Colorado, near Denver. 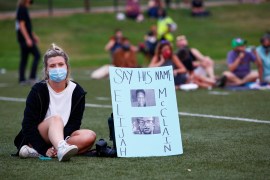 Philip Weiser opens grand jury probe into the death of McCain, 23, killed while in Colorado police custody in 2019. 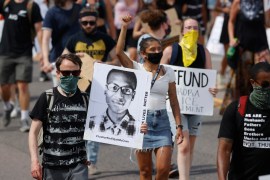 McClain, a 23-year-old unarmed Black man, died after being restrained by police and injected with ketamine in 2019.