Kabul, Afghanistan – In the days leading up to the Taliban takeover of Kabul on August 15, Sama (not her real name), a 27-year-old female journalist, says she tried to stay positive, hoping things will be different this time and that the Taliban might have changed its ways since the 1990s.

Comforted by the group’s fighters treating her “well” during those reporting trips, Sama decided to make a film on life in Taliban-controlled Kabul.

At first, she says, there was “no problem”, that armed Taliban fighters greeted her by calling her “Mor Jana” (mother dear in Pashto). Within days, however, the tide turned. She started receiving “strange” emails and phone calls, telling her to stay inside.

But Sama decided to continue filming and was soon faced with a harsh reality. In a span of days, she says the demeanour of Taliban fighters changed.

Worse, her driver, who would wait for her and her crew in a parked car, was beaten by the Taliban. She says he likely came under suspicion for three reasons.

“He was in a car full of camera equipment, he was wearing jeans and he was a Hazara,” she said.

During its five-year rule in the 1990s, the Taliban banned all recordings, forced men to dress in traditional clothes, and was accused of massacring the Hazara minority.

Sama was grief-stricken that her work put her driver, a longtime friend, in such a position. It was on that day that she decided it was time to leave.

In the month since the Taliban came to power, the group made repeated statements about its commitment to a free press in Afghanistan.

At a news conference held only two days after former President Ashraf Ghani fled the country, Taliban spokesman Zabihullah Mujahid said, “The media should be impartial. Impartiality of the media is very important. They can critique our work, so that we can improve.”

But local media watchdogs estimate at least 153 media organisations have ceased operations across 20 of the nation’s provinces since mid-August, when the Taliban took control of the country.

The group has also come under frequent criticism for its treatment of journalists and the media in general. There have been reports of the group confiscating the equipment of media workers, detaining journalists, and even physical abuse and torture of reporters, mostly in the capital, Kabul.

The attacks on media workers have caught the attention of international organisations.

Last week, after journalists were arrested and abused for covering a series of demonstrations in Kabul, the United Nations High Commissioner for Human Rights issued a statement, calling on the Taliban “to immediately cease the use of force toward, and the arbitrary detention of, those exercising their right to peaceful assembly and the journalists covering the protests”.

Human Rights Watch also slammed the attacks on journalists in a statement.

“Taliban commanders and fighters have long engaged in a pattern of threats, intimidation, and violence against members of the media, and have been responsible for targeted killings of journalists,” it said.

Sama’s experiences are similar to other female Afghan journalists Al Jazeera spoke to over the last three weeks.

Marjana Sadat, who has worked with Voice of America and other media outlets, said she was out shooting at Kabul University on August 15, the day the Taliban took over.

“I started to receive panicked messages to go home. ‘The Taliban are coming,’ they all said.”

Sadat recalled how the roads were packed with crowds of people rushing to get home. She said she had to walk for several kilometres to reach her home near the Kabul airport.

Along the way, the 24-year-old noticed hundreds of men running with bags in their hands. She assumed they were internally displaced people (IDPs) from provinces that had fallen to the Taliban over the previous 10 days, but when she asked them, she received a startling response.

“We just got out of prison,” they told her.

“I was terrified. Imagine, I am a journalist and I was in a situation where I didn’t know what my country could look like in a few hours,” she told Al Jazeera over the telephone.

Sadat said her youth made the prospect of a Taliban return to power all the more frightening, “All I know about them is what my mother told me as a child.”

That fear forced her to stay inside for a week. As much as she wanted to return to work, Sadat said the stories of intimidation and violence against journalists, including those that were not reported in the media, kept her from stepping outside.

“They have not come right out and said anything is illegal, but the fear is very real,” Sadat told Al Jazeera.

‘Fear will kill you before death can’

For Sama, the disconnect between the Taliban’s rhetoric and actions are clear. “There is no system in place. If you are afraid or harassed, who would you report to?” she asked.

Like Sama, Sadat has also been fortunate. Her passport, with visas from the United States, the European Union and Turkey, meant she had a much higher chance of leaving the country.

In fact, it was at the airport that she first came face-to-face with the Taliban.

The first Taliban fighter she saw near the military entrance of Kabul’s Hamid Karzai International Airport was kind to her, she says.

When they saw she had a passport and several visas, they told her to step aside while they let people with foreign passports and green cards through – as instructed by the US forces – and that they would make sure she gets through the gate.

However, at one point, the Taliban commander who had been kind to her disappeared. The one who replaced him, she said, was violent and aggressive.

“He had these massive prayer beads and he just struck me across the face with them,” Sadat said.

It was at that moment that Sadat said she would never again be in a position to come face-to-face with a Taliban member. “I realised that these men have a hatred, a grudge against women, and that we will never be able to return to normal.”

“We started to see these brave, strong women, who would report on suicide bombings, breaking down in tears,” Sama told Al Jazeera.

One female photojournalist, currently in Europe who asked not to be named, said she witnessed the exodus of media professionals first-hand.

“So many famous men and women you would see on TV and hear on the radio every day were waiting at the airport to get out,” she said.

All three journalists repeated a haunting statistic about the fate of the media in the country.

“We went from 700 female journalists nationwide to 100 now, almost all in Kabul,” Sama and Sadat told Al Jazeera.

A recent TIME magazine story puts that number at less than 40.

Both the women also said the female journalists who stayed behind call them and speak of their fears.

Sama, who says she still struggles with her decision to leave, spoke bluntly of the dread many journalists in Afghanistan currently face.

“The fear will kill you before death can.” 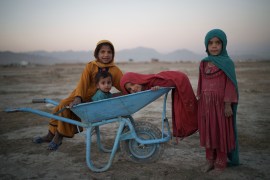 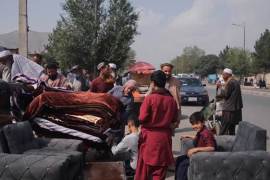 The Taliban takeover, and the resulting cut in international funds, has exacerbated an already dire economic situation. 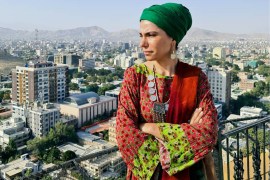 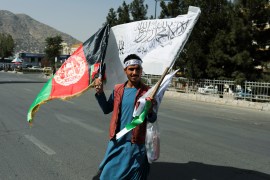