Medan, Indonesia –  Ali Imron, one of the perpetrators of the deadly bombings on the Indonesian island of Bali in 2002, says the first he saw of the attacks on the World Trade Center (WTC) and the Pentagon on September 11, 2001, was on the front page of his local newspaper.

“Our family didn’t have a television at the time,” Imron told Al Jazeera. The 52-year-old was sentenced to life in prison for his role in planning the Bali bombings that killed more than 200 people, many of them foreign tourists. “But I immediately guessed this was ‘jihad’ from our friends.”

Twenty years ago, Imron was a member of Jemaah Islamiyah (JI), a hardline group founded in 1993 in Indonesia, which still counts more than 1,600 active members according to the Indonesian authorities. JI has historically been linked to al-Qaeda, which claimed responsibility for September 11 and was headed by Osama bin Laden.

The attacks on 9/11, when al-Qaeda members hijacked four commercial planes and crashed them into the World Trade Center and the Pentagon, echoed throughout the world.

More than 2,500 people from 90 countries were killed and analysts say the event had a direct impact on the development of violent hardline networks in Southeast Asia, some of which were already working with al-Qaeda.

“9/11 happened at a time when Abdullah Sungkar, the founder of Jemaah Islamiyah, the largest militant network in the region, had died two years before and [its spiritual leader] Abu Bakar Bashir was letting [Jemaah Islamiyah’s military commander] Hambali collaborate with al-Qaeda on attacks against Western targets. But this split Jemaah Islamiyah, because it went against Sungkar’s approach of patiently building the strength to take down the Soeharto regime,” Quinton Temby, an assistant professor in public policy at Monash University, Indonesia, told Al Jazeera.

“Jemaah Islamiyah was never an affiliate, much less a franchise, of al-Qaeda. But it was a key al-Qaeda ally in the rise of global jihad. Jemaah Islamiyah provided logistical support for some of the 9/11 hijackers in Malaysia,” he said.

Nawaf al-Hazmi and Khalid al-Mihdhar, who were on the plane that crashed into the Pentagon, passed through Malaysia en route to the United States. It is thought that they met senior Indonesian JI figures including Encep Nurjaman alias Hambali who is now facing a military commission at Guantanamo Bay on a slew of terrorism-related charges after 18 years in US custody.

A Senate Select Committee on Intelligence report released in 2014, also known as the “Torture Report”, alleged that Hambali transferred funds to French national Zacarias Moussaoui to enrol in flight school in the US to train as a potential hijacker before 9/11. Moussaoui would later be sentenced to life in prison after he was arrested in August 2001 and pleaded guilty to conspiring to kill citizens of the US on September 11.

“The small number of Southeast Asian militants working closely with al-Qaeda were emboldened by 9/11, but few knew about the plot in advance and most were shocked by how ‘successful’ it was,” Temby said.

In the years that followed, members of JI and al-Qaeda continued to support each other, Temby added, with al-Qaeda providing funds for attacks in Southeast Asia such as the Bali bombings.

While Imron was one of the members of Jemaah Islamiyah who claims he did not know about plans for 9/11, he told Al Jazeera that the group found inspiration in the attacks, even going as far as planning the Bali bombings as a kind of “tribute”.

“I still remember it,” he said. “Imam Samudra wanted to carry out the Bali bombing on September 11 to commemorate the anniversary of the World Trade Center attack, but there wasn’t enough time.”

The bombing finally took place on October 12 with the attackers targeting the busy bars of Kuta.

Imron added that the original plan had been to attack naval ships in Singapore’s port, but they switched their attention to Bali after seeing the scale of 9/11. Senior members like Hambali also agreed with controversial pronouncements from bin Laden that sought to justify the killings of common people in addition to military targets.

Imron says he and other members of his group showed clips of the WTC attacks as well as video messages from the perpetrators, which had been released online and widely broadcast, to the two bombers who went on to detonate suicide vests in the Sari Club and Paddy’s Pub.

“We played the videos to them for several days before the Bali bombings,” Imron told Al Jazeera. “The suicide bombers weren’t scared, but the videos of the 9/11 attacks gave them a boost.”

Imam Samudra, a senior member of JI, and two of Imron’s brothers, Mukhlas and Amrozi were executed in Indonesia in 2009 for their roles in masterminding the attacks in Bali. Imron got a life sentence after he expressed remorse and apologised during his trial.

Noor Huda Ismail, a former member of the Muslim hardline group Darul Islam, told Al Jazeera before the 20th anniversary of the September 11 attacks, that it was the Bali attacks that were “a turning point” in his life after he discovered his former roommate was involved.

Bomb maker Mubarok, who had shared a room with Ismail at Islamic boarding school, had made some of the explosive devices used in the attacks and was sentenced to life imprisonment along with Imron in 2003.

Ismail, who says he asked himself how his old roommate could have chosen the path that he did, founded the Institute for International Peace Building and runs deradicalisation programmes and workshops in Indonesia and monitors hardline group threats across the region.

“The attacks of September 11 have strongly shaped the evolution of the global security threat landscape in Southeast Asia,” he said.

Ismail says in the last 20 years groups such as al-Qaeda and ISIL (ISIS) have established their networks against the background of local conflicts and operated clandestinely within various Southeast Asian countries, recruiting local actors to carry out their aims and objectives “through the utilisation of terror” demonstrated on 9/11.

According to Judith Jacob, a senior analyst at Protection Group International, it is necessary to look backwards as well as forwards to understand the true extent of the event’s impact.

Even before 9/11, JI had been carrying out attacks.

On September 14, 2000, the group bombed the Jakarta Stock Exchange killing 15 people. Later in the year, it conducted a series of coordinated bombings at churches on Christmas Eve killing 18 people.

There was also violence in the Philippines such as the Rizal Day attacks on December 30, 2000, in which 22 people died, coordinated bombings in Manila, regular skirmishes with security forces in the south, market bombings and kidnappings.

In April 2000, Abu Sayyaf, previously thought of more as thuggish bandits, snatched 21 people from the Malaysian diving island of Sipadan – half of them foreign tourists – holding them for ransom on Jolo in the Philippines and sparking a months-long hostage crisis.

Jolo remains one of the most dangerous places in the region and Abu Sayyaf has now affiliated itself with ISIL.

“September 11 was definitely inspiring to Southeast Asian militants thanks to the scale of the devastation and the audacity of the attack,” said Jacob. “But they did not need to be emboldened.” 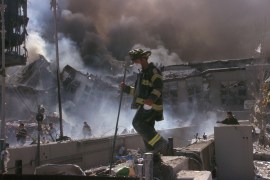 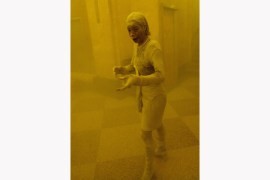 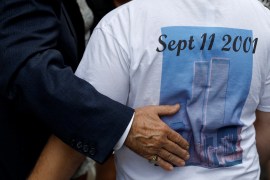 The president was under pressure from survivors and victims’ families, who believe Saudi Arabia aided the attackers. 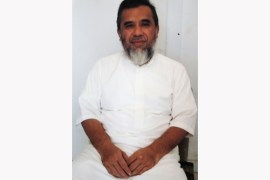