A senior aide to New York Governor Andrew Cuomo resigned on Sunday in the wake of an official investigation that found the governor of the northeastern state sexually harassed 11 women.

Melissa DeRosa, secretary to the governor, was linked in the state attorney general’s report to efforts to cover up Cuomo’s actions and retaliate against one of his accusers. Her name was mentioned 187 times in the 168-page report that was released on Tuesday.

“Personally, the past 2 years have been emotionally and mentally trying. I am forever grateful for the opportunity to have worked with such talented colleagues on behalf of our state,” she said in a statement that was issued on Sunday night.

The report found that Cuomo groped, kissed or made suggestive comments to 11 women in violation of the law, prompting local prosecutors to launch a criminal investigation and re-igniting calls for him to resign or be impeached.

Cuomo has so far resisted widespread calls for him to step down, including from fellow Democrats such as President Joe Biden, but he could soon face impeachment and removal from office by state legislators.

The New York State Assembly’s Judiciary Committee has scheduled a meeting to address impeachment proceedings on Monday at 9:30am local time (13:30 GMT).

Meanwhile, a former assistant who filed a criminal complaint against Cuomo last week on accusations he groped her in the Executive Mansion in Albany is speaking publicly for the first time in a televised interview to be broadcast on Monday, saying the governor “needs to be held accountable”.

Brittany Commisso, one of the 11 women Cuomo is accused of sexually harassing, was identified only as “executive assistant #1” in the report.

She told state investigators that Cuomo fondled her breast on one occasion, the most serious allegation the governor faces. She also said he rubbed her backside while taking a photo.

Last week, she filed a criminal complaint with the Albany sheriff’s office. The sheriff, Craig Apple, told reporters on Saturday his agency and the county district attorney’s office would conduct a thorough investigation before determining whether a criminal charge is supported.

In an interview with CBS News and the Albany Times-Union scheduled to air on Monday morning, Commisso said she filed the report to hold Cuomo responsible for his actions.

“What he did to me was a crime,” she said in an excerpt released by CBS on Sunday. “He broke the law.”

Cuomo has denied any wrongdoing, though he has acknowledged that his efforts to be affectionate with people he encounters may have made some people uncomfortable.

His lawyer, Rita Glavin, told reporters on Friday that Commisso’s account was fabricated, citing emails and other documentary evidence she said undermines her story.

In another excerpt released by CBS, Commisso said occasional hugs and kisses on the cheek escalated when one time Cuomo quickly turned his head and kissed her on the lips.

Yet she “didn’t say anything” at the time, Commisso said. 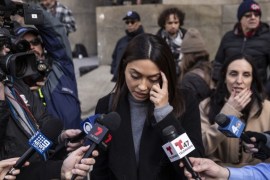 #MeToo and the Weinstein verdict: What now for working women?

High-profile verdict spotlights how much needs to be done to root out sexual harassment in workplaces. 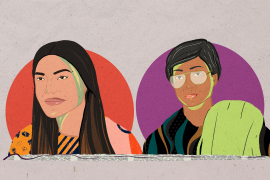 One of the leading voices in Pakistan’s #MeToo movement discusses the feminist icon who inspired her. 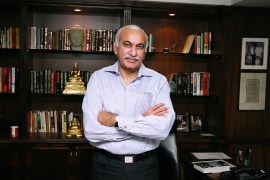 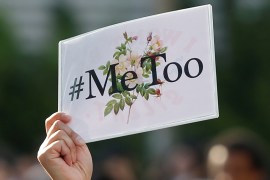