A court in Saudi Arabia has delivered verdicts against 69 Palestinians and Jordanians, handing jail terms of up to 22 years to some while also acquitting an unspecified number on Sunday.

The group was detained in March 2018 during a wave of arrests by Saudi authorities on a group of long-term Palestinian and Jordanian residents in the kingdom on alleged links with an unnamed “terrorist” group, according to a 2020 report by Human Rights Watch (HRW).

Saudi authorities have yet to comment on Sunday’s verdicts.

“Saudi Arabia’s long record of unfair trails [sic] raises the specter that Jordanians and Palestinians will be railroaded on serious charges and face severe penalties even though some have alleged serious abuses,” Michael Page, HRW’s deputy Middle East director, said in a statement last year.

Detainees can appeal against the sentences after 40 days.

Several Palestinians have been detained since February 2019 and are facing trial before a Saudi terrorism court.

Al-Khudairi’s brother, Abd al-Majeed, told Anadolu Agency that the sentence includes “clemency for half the term”.

Al-Khudairi, 82, was a veteran Hamas leader responsible for managing the relationship with Saudi Arabia for two decades.

In February, Amnesty International said al-Khudairi had undergone surgery and was being treated for prostate cancer when the Saudi authorities arrested him and his son in April 2019.

Amnesty called on the Saudi king to ensure that “unfounded charges” against al-Khudairi and his son are dropped and that they are released.

Hamas, meanwhile, condemned the sentences handed out on Sunday, calling them “unjust” and saying those sentenced had done nothing to harm Saudi Arabia.

“We were shocked … by the rulings issued by the Saudi judiciary against a large number of Palestinians and Jordanians residing in the kingdom,” said Hamas in a statement.

“We deplore the harsh and undeserved sentences against most of them. All they did was support their cause and their people, to which they belong, without any offence to the kingdom and its people,” it added.

In its statement, Hamas also welcomed the acquittal of some of the detainees, and called on the Saudi authorities to “quickly release them and end their suffering and the suffering of their families”. 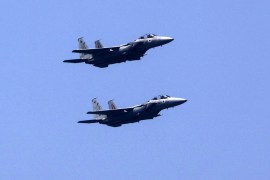 Palestinians say the balloons aim to pressure Israel to ease restrictions on coastal enclave that were tightened in May. 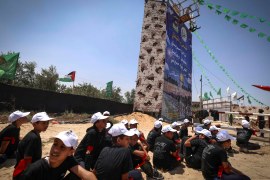 As Israel continues to train its children to kill, Hamas summer camps are certainly a useful distraction. 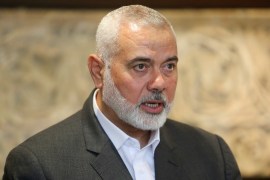