English football clubs can be bought by criminals to launder the proceeds of their crimes, an Al Jazeera undercover investigation has revealed.

The investigation delves into the murky world of club ownership in English football and exposes how rules are being abused.

It also shows how the same middlemen use “dirty tricks” and can obtain new passports for the criminals – with new names – to deceive football authorities.

Do you have information on corruption or want to share another tip? Contact Al Jazeera’s Investigative Unit on +974 5080 0207 (WhatsApp/Signal), or find other ways to reach out on our Tips page.

“Football fans should be angry because the investigation shows the … vulnerability of the English football system to funds from dubious origins and unsuitable owners for their clubs,” Transparency International’s Ben Cowdock, who investigates money laundering, said.

“Al Jazeera’s investigation into football club ownership will be of great interest to the police and also the English football authorities.”

Posing as agents for a fictitious wealthy Chinese criminal, I-Unit’s undercover reporters contact a middleman, Christopher Samuelson who helped them get to the brink of a deal to buy Derby County, one of England’s oldest football clubs and twice England champions in the 1970s.

Samuelson is a trust fund manager and football deal-maker known as “The Magician”.

According to offshore finance analyst Adrian Gatton, it has been said of Samuelson that he “can make an elephant disappear”, a reference to his skills in concealing funds using trust accounts.

This “ultimate man in the shadows”, was the subject of money-laundering investigations in several European countries but has never been charged.

The reporters told Samuelson their client, “Mr X”, had been convicted, and given a seven-year jail sentence, in absentia for bribery and money laundering, and had smuggled money out of China through casinos in Macau.

Now, he wanted to launder it by buying a football club, Samuelson was told.

The English Football League’s (EFL) Owners’ and Directors’ Test bars anybody who has an unspent criminal conviction with a sentence of more than 12 months from owning a club.

Unfazed by the client’s crimes, Samuelson gave a step-by-step guide on how he can use offshore trusts to hide the investor’s money and identity.

They would sign a “Declaration of Trust” that they are holding shares for Mr X. Under this arrangement, Mr X’s identity would be concealed.

Samuelson told the undercover reporters he would make sure that the criminal investor would be approved by the EFL.

“I’ll come up with an idea of how we can structure it so we defeat the EFL. I can pressure the football league,” he told Al Jazeera’s undercover reporters. “We’ll manage it. We’ll just manufacture it.”

Samuelson took the reporters to Derby, where they met Mel Morris, owner of the club, to discuss a 99-million pound ($137m) deal to buy Derby County. Morris suggested he become a minority shareholder.

Samuelson has long been a player in international business. In the 1990s, he helped build Valmet, one of the world’s biggest offshore trust companies.

His companies moved hundreds of millions of dollars out of Russia for oligarchs, including Boris Berezovsky and “Badri” Patarkatsishvili.

In 2004, he arranged a deal using opaque offshore trusts for a secretive Russian tycoon to buy Premier League club, Everton.

The deal fell through after the tycoon’s name, Boris Zingarevich, was leaked to the media.

In 2012 and 2016 respectively, he set up deals for the purchase of two English clubs – Reading and Aston Villa. Both were taken to the brink of financial ruin under mysterious new owners.

During a meeting with Al Jazeera undercover reporters, Hunter confirmed that he obtained a British journalist’s private telephone records to find the “mole” who leaked Zingarevich’s name.

In the case of Aston Villa, “we were monitoring what the football league was saying behind the scenes”, Samuelson said. “They didn’t know this, of course,” he added.

An internal Scotland Yard report obtained by the I-Unit shows that Hunter was investigated, but not charged, by the anti-corruption team and was suspected to be “an aggressive corruptor of serving Metropolitan Police Service staff”.

Samuelson and Hunter said they could help the undercover reporters obtain a new passport for their client, and give him a new name to completely deceive the football authorities.

“We’ve done this many, many times for others who, I can assure you, are in a worse position than your boss,” Hunter said.

In a series of meetings, a network of enablers, including an MP and the de facto deputy president, expressed willingness to help the non-existent criminal investor obtain an EU passport with a new name, even though a criminal conviction should disqualify someone who applied through the country’s passport-for-investment scheme.

This investigation into Cyprus passports was released in October 2020 and led to high-level resignations, EU and Cyprus government investigations, the scrapping of the passport scheme and weeks of anti-corruption demonstrations in Cyprus.

Responses by those involved

In response to the I-Unit’s findings, Samuelson’s lawyers said he was never told that Mr X had a criminal conviction for money laundering and bribery and that, had he known of any criminality, he would have ended discussions immediately.

Hunter refused to engage with the details of our findings but said that he strongly disputed most of them.

Hunter said he left the police with an exemplary record.

Morris told Al Jazeera the club would only be sold to “appropriate custodians” and that they had not had any “formal association” with Samuelson for some time.

Watch The Men Who Sell Football on Al Jazeera English: 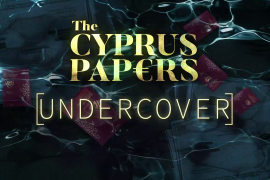 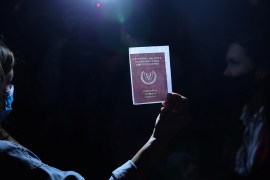 Cyprus and others must eliminate the passport black market

‘Investment programmes’ that tie the granting of citizenship to money can never be truly free of corruption. 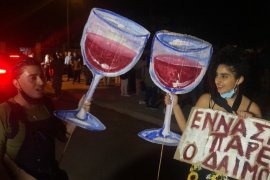