Seven United States states with the lowest COVID-19 vaccination rates account for half of the country’s new cases and hospitalisations in the last week, despite making up less than 25 percent of the nation’s population, the White House said on Thursday.

The states are Florida, Texas, Missouri, Arkansas, Louisiana, Alabama and Mississippi, according to President Joe Biden’s COVID-19 coordinator, Jeff Zients, who spoke during a press briefing.

Of those states, Florida and Texas account for about a third of new coronavirus cases and an even higher share of hospitalisations in the country.

“Driven by the more transmissible Delta variant, these cases are concentrated in communities with low vaccination rates,” Zients said.

Although 70 percent of adults nationwide have received one shot, in Mississippi that figure is only 40 percent. Louisiana and Alabama have similar figures: 43 and 44 percent, respectively.

Zients said several states with low vaccination rates have been making a recent push to vaccinate more people, and in the past 24 hours,  864,000 doses have been administered nationwide – the highest number since July 3.

“Vaccinations are the best line of defence against COVID and the Delta variant,” Zients said, “and we’re doing everything we can to get shots in arms.”

The Biden administration has been eager to thaw opposition by some Americans, including those who distrust the government, to taking the vaccine as the highly infectious Delta variant sweeps the country.

COVID-19 cases are up about 43 percent over the previous week and daily deaths are up more than 39 percent, according to US Centers for Disease Control and Prevention (CDC) Director Dr Rochelle Walensky, who also spoke during the briefing.

“Across the board, we are seeing increases in cases and hospitalisation in all age groups,” Walensky said. “Those at highest risk remain people who have not yet been vaccinated. Now is the time to get vaccinated. We know these vaccines are working and we know they save lives.”

With over 614,000 deaths, according to a tally by Johns Hopkins University, the coronavirus has killed more people in the US than in any other country.

The White House on Thursday said it may require visitors from abroad to be vaccinated as part of its plans to eventually reopen international travel, but said it had yet to decide and would not immediately lift restrictions.

The United States currently bars most non-US citizens who within the last 14 days have been in the United Kingdom, the 26 Schengen countries in Europe without border controls, Ireland, China, India, South Africa, Iran and Brazil.

The White House has said it is not ready to immediately lift restrictions because of the rising COVID-19 caseload and highly transmissible Delta variant.

Citing concerns over the rapid spread of the Delta variant, the CDC on July 27 recommended that even people who have been fully vaccinated return to wearing face masks in public indoor settings.

The recommendation includes schools – most of which are scheduled to reopen fully to in-person instruction in the coming weeks.

Over 100 people have arrived at an “anti-mask/facial freedom rally” outside the Johnson County offices.

The Board of County Commissioners will discuss a proposal for masking elementary students in JOCO schools. @kmbc pic.twitter.com/xY8n8oRgFq

But the decision by many school boards to enforce mask wearing for students and teachers has angered some parents.

A video on social media from Kansas City, Missouri on Thursday showed dozens of parents protesting outside the Johnson County offices during a discussion over a proposed order that would require elementary school students to wear masks while on school grounds.

A local reporter said 93 people had requested to speak during the discussion. 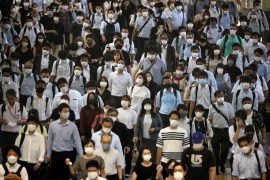 Latest move will place more than 70 percent of Japan’s population under some sort of COVID-19 restrictions. 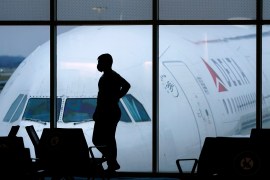 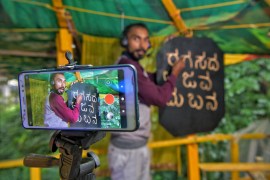 UNICEF says only one in four Indian children has access to digital devices and the internet.