When karate makes its Olympic Games debut on Thursday, it will not just be the competitors out to prove themselves on the world’s biggest sporting stage.

The ancient Japanese martial art itself will get a long-awaited shot at persuading a global audience that it belongs in the Olympics after being snubbed three times in the past – and by the Paris 2024 organisers as well.

Karate was initially ruled out for Tokyo 2020, but its spot was secured thanks to a new “Olympic Agenda 2020” provision that allows the host nations to propose a number of sports.

The three-day karate programme will see some 80 competitors from 35 countries and territories – plus the Refugee Olympic Team – vying for eight gold medals at the Nippon Budokan in Tokyo.

When the International Olympic Committee (IOC) approved karate for Tokyo in 2016, World Karate Federation officials believed they also had it in the bag for Paris, given the arguably bigger following the sport has in France than in its native Japan.

“We got good vibes at the time,” a WKF official told Reuters, describing the talks held with the Paris 2024 organisers. The official declined to be identified because those talks were not public.

Ultimately, however, the Paris organisers dropped karate and added breakdancing while keeping the three other sports proposed for Tokyo 2020: surfing, climbing and skateboarding.

IOC President Thomas Bach hailed that decision as making the Games “more urban, and offering the opportunity to connect with the younger generation”.

With the Olympics already crowded with four other combat sports – wrestling, boxing, judo and taekwondo – karate’s chances for Los Angeles and beyond do not look good.

“I think the sense was, if it was rejected for Paris, then what chance does it have anywhere else?” said Yuko Takahashi, a former national team karateka who recalled competing to packed arenas in France and the superstar status that her French counterparts enjoyed there.

“It will be interesting to see how audiences around the world view karate as an Olympic sport,” said Takahashi, who chairs the Japan Traditional Karate Association.

Tokyo’s Olympic karatekas, for their part, have said they will simply focus on their game and hope that leads to good results for their discipline.

“If we give it our best, I think we will be able to contribute to karate’s reputation for the Olympics after the next one,” Ryo Kiyuna, a gold-medal favourite, told reporters this month.

Russia’s Karate Federation said on Wednesday that Anna Chernysheva, who competes in the under-55kg category and is the only karateka representing the Russian Olympic Committee, tested positive for COVID-19 and would not be able to take part. 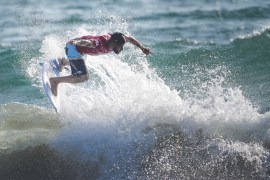 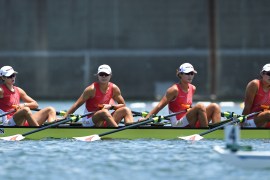 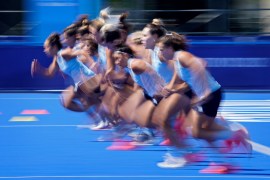 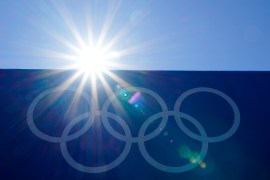