Former United States President Donald Trump has lodged a legal challenge to a Justice Department (DOJ) order that his long-sought tax returns be turned over to a House of Representatives committee.

In a filing in federal court in the District of Columbia on Wednesday, Trump’s lawyers said the House Ways and Means Committee lacks a legitimate basis for seeking his federal tax returns, and that the Justice Department erred when it backed the committee’s request.

The DOJ, reversing course from the stance it took when Trump was in office, on Friday told the Internal Revenue Service (IRS) to provide the Republican businessman-turned-politician’s tax records to congressional investigators, saying they had “sufficient reasons” for requesting the material.

Trump was the first president in 40 years to not release his tax returns, as well as other documents, as he aimed to keep secret the details of his wealth and activities of his family company, the Trump Organization.

He has fought repeated attempts by legislators and investigators to seize the documents.

The Democratic-led Ways and Means Committee has said it wants the tax data to determine whether the IRS is properly auditing presidential tax returns in general and to assess whether new legislation is needed.

In the filing, Trump’s lawyers called that a “pretextual” rationalisation.

“The requests are tailored to, and in practical operation will affect, only President Trump,” they said.

“The requests single out President Trump because he is a Republican and a political opponent.”

Critics had accused Trump of using the Justice Department to advance his personal and political interests during his four years in office, and the department has moved to reassert its independence since Democratic President Joe Biden took office.

After another legal fight, the Manhattan District Attorney’s Office in February separately obtained Trump tax and financial records in a criminal investigation centring on his company, though the material was not publicly disclosed.

However, the New York Times had previously reviewed some of Trump’s federal tax documents, detailing in a September 2020 report that Trump had paid just $750 in federal income tax in 2017, the year he entered the White House, and that he had paid no federal income taxes in 10 of the previous 15 years.

The Times report, which challenged the carefully controlled image of Trump as a successful businessman, said the former president appears to be responsible for about $421m in debt, which will come due within four years. 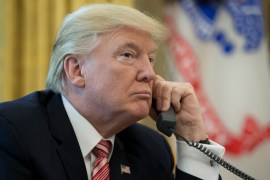 Notes of a call between Trump and a top Justice official are another example of his efforts to overturn the election. 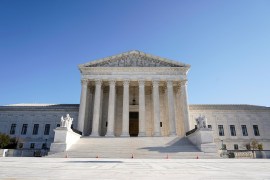 High court moves on several Trump-era cases, including ending a defamation case against the former president. 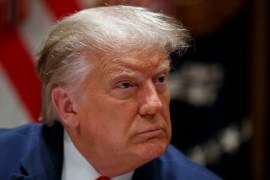 Manhattan DA’s office has said their subpoena is justified due to public reports of Trump Organization misconduct.