New York Governor Andrew Cuomo is fighting for his political life amid calls for his resignation, local law enforcement inquiries and the threat of impeachment by the state legislature following findings by the state’s attorney general that Cuomo sexually harassed 11 young women in his office and official residence.

A majority of New York State Assembly members on Wednesday told The Associated Press they support launching impeachment proceedings against the embattled governor if he does not resign.

Cuomo, who has denied wrongdoing, now faces a growing number of inquiries by local prosecutors and calls by Democratic Party leaders –  including United States President Joe Biden – for his resignation.

The Marist Poll of 614 randomly selected New York adults was conducted by landline or mobile phone on August 3 when news of the Attorney General’s findings was announced.

At least 82 of the body’s 150 members have said publicly or told the AP that they favoured initiating the process of ousting the third-term Democratic governor if he does not quit.

The key Assembly Judiciary Committee has already begun an impeachment inquiry and is scheduled to meet next on August 9. A simple majority of Assembly members is needed to authorise an impeachment trial.

Judiciary Chair Charles Lavine praised the “professionalism” of the state investigation and said the committee is “engaged in an intensive analysis of the report”.

Articles of impeachment, which would temporarily remove Cuomo from office pending a trial in the state Senate, could be voted by the Assembly within 30 to 45 days.

Charlotte Bennett, a former aide to the governor, called for his impeachment by the state legislature after the state’s independent report was issued.

We have the facts. @NYGovCuomo broke federal & state law when he sexually harassed me & other current & former staff. I do not want an apology — I want accountability and an end to victim-blaming. NYS Assembly Speaker @CarlHeastie, it’s time you do the right thing: impeach him.

The office of the Manhattan District Attorney (DA) contacted state officials “to begin requesting investigative materials in their possession pertaining to incidents that occurred in Manhattan”, Manhattan DA spokesman Danny Frost said in a statement on Wednesday.

Westchester County District Attorney Miriam Rocah said her office similarly had requested from James “investigative materials” relating to a complaint made by a woman who was identified in the report as a state trooper and who told investigators that some of Cuomo’s alleged conduct occurred in the county.

The district attorney in Albany County, where the New York state capital is located, announced Tuesday that his office had opened an investigation to see if any of the governor’s conduct rose to the level of a crime and requested evidence from the independent inquiry.

The New York governor released a combative video statement after the state report denying he had done anything wrong and asking the public to review a report by his lawyer disputing the women’s claims. Cuomo had previously said he would not resign.

Instead, Cuomo argued that what women interpreted as sexual advances and offensive touching were regular gestures of warmth stemming from his Italian-American family culture.

“That is just not who I am,” Cuomo said in the video.

Cuomo’s father, Mario Cuomo, who passed away in 2015 at the age of 82, was a son of Italian immigrants and served as governor of New York from 1983 to 1994. Andrew is one of five children.

New York’s two US senators Chuck Schumer and Kirsten Gillibrand reiterated their calls for Cuomo to resign, saying “no elected official is above the law” following the report’s findings.

Several members of the US House of Representatives from the state of New York issued a joint statement on Tuesday calling on Cuomo to resign.

“The investigation has found that the Governor engaged in abusive behavior towards women, including subordinates, created a hostile work environment and violated state and federal law,” US Representatives Hakeem Jeffries, Gregory Meeks and Tom Suozzi said.

“We commend the brave women who came forward and spoke truth to power. The time has come for Governor Andrew Cuomo to do the right thing for the people of New York State and resign.” 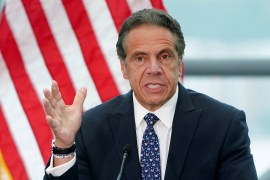 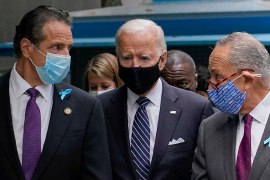 The New York governor has been accused sexually harassing and behaving inappropriately with multiple women. 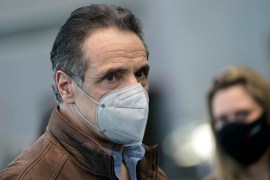 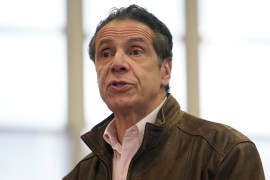 The newest allegation comes as the state’s attorney general is probing claims against governor Andrew Cuomo.