There has been intense fighting in Afghanistan in recent days, mainly in the south and the west, while a bomb-and-gun attack in capital Kabul has killed at least eight people.

Several attacks have struck the capital city in the past 24 hours, including a bomb blast on Wednesday morning, but no group has claimed responsibility.

Fighting in the country escalated after the US and NATO decided to withdraw their troops from the country by August 31 20 years after they invaded to overthrow the Taliban.

Turkey’s foreign ministry has called the United States “irresponsible” after the Biden administration announced it would expand efforts to assist at-risk Afghan citizens with the major caveat that the adjudication process would take months in a third country.

Turkish Foreign Ministry spokesperson Tanju Bilgic said Wednesday the US statement had suggested Turkey as an application spot “without consultation.”

“The US may directly transport these people by plane. Turkey will not take over the international responsibilities of third countries,” Bilgic said and added Turkey would not allow its laws to be abused by other countries. He said the US announcement would trigger a major refugee crisis.

The powerful explosion was followed by a gun battle between Afghan security forces and armed group fighters, said Interior Ministry spokesperson Mirwais Stanekzai. He said the casualty toll could rise.

All four attackers were shot and killed after five hours of fighting, Stanekzai said.

The Taliban have claimed responsibility for the Tuesday evening attack on the house of the Afghan acting Defence Minister Bismillah Mohammadi.

In a statement shared with Al Jazeera, Taliban spokesman Zabihullah Mujahid said: “The attack was carried out by several brave Mujahideen of the martyrdom brigade.”

Families have fled their homes in the southern city of Lashkar Gah as the Afghan army launched a major counterattack against the Taliban, residents said.

But many remained stuck in the crossfire as the armed group continue to control vast swathes of land.

Dozens of civilians have already died in the intense battle for Lashkar Gah, a city of 200,000 people that would be the Taliban’s biggest prize since they launched a nationwide offensive in May.

How do Afghanistan and Taliban forces compare?

Though the Taliban now controls about half of Afghanistan’s districts, analysts and officials say their military victory is far from guaranteed, pointing to the ability and resources of the Afghan defence forces, who remain in control of key cities.

Read more about how the two forces compare.

A roadside blast in Kabul has wounded three people, police say, a day after a deadly attack targeted the country’s defence minister and legislators in the Afghan capital.

The blast “occurred near the Ministry of Martyrs and Disabled” offices, police spokesman Ferdaws Faramarz said.

Al Jazeera’s diplomatic editor, James Bays, reporting from Kabul, said there was a “very loud explosion” as he was in a vehicle some 300 metres away from the defence minister’s residence on Tuesday.

There was a “jolt to the car”, and a “big plume of smoke” erupted, Bays said.

It took many hours for the Afghan security forces to secure the scene of the “complex attack”, he added.

Pakistan’s military says it has completed 90 percent of a fence being constructed along the border with Afghanistan, vowing to complete the project this summer.

Pakistan says it is constructing the fence – which it started in 2017 – to prevent cross-border militant attacks. The military has installed surveillance cameras to check any movement along the border. 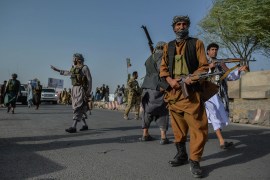 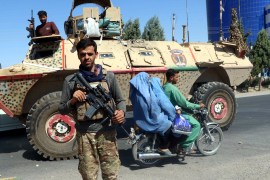 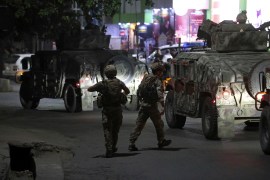 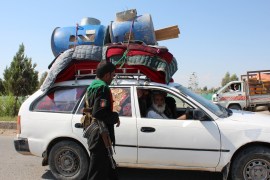