A prominent Kenyan pathologist has warned of “vaccine apartheid” in Africa amid the slow rollout of COVID-19 jabs, echoing condemnation from senior World Health Organization (WHO) officials.

Less than 2 percent of Africa’s population of 1.3 billion has been fully vaccinated against COVID-19.

Vaccine shortages continue to plague many countries and hospitals are seeing more deaths because of COVID.

“It is only two countries in the whole of Africa that have the capacity to produce vaccines, that is South Africa and Senegal. You find countries like Kenya and Egypt, they do have the technical capacity but they never really invested in it,” said Ahmed Kalebi, independent consultant pathologist and founder of Lancet Kenya.

James Nderitu, a 58-year-old resident of the Kenyan capital Nairobi, is receiving his first dose of the AstraZeneca vaccine. He believes that if everything had gone to plan, he should be on his second already.

“I would therefore like to urge the European countries that have the vaccine to assist us. Instead of vaccinating children, they should stop being selfish and help the African countries so that we can get vaccinated,” said Nderitu.

Matshidiso Moeti, Africa director for the WHO, recently lashed out at Western nations, accusing them of hoarding vaccines when there should be a more even distribution of jabs.

The continent saw 248,000 new confirmed cases last week, with at least 28 countries seeing a surge in infections driven by the Delta variant.

“This is a preventable tragedy if African countries can get fair access to the vaccines,” Moeti told reporters.

But Kalebi said it is not as simple as blaming Western nations for Africa’s woeful vaccination rate.

More than 7.3 million cases, including more than 186,000 deaths, have been confirmed across the continent, and health systems are straining to provide medical oxygen and other care.

According to some health experts, if Africa continues to proceed at such a slow pace with its vaccination programme, it could prolong the pandemic.

WHO Director-General Tedros Adhanom Ghebreyesus recently said it was “unconscionable” that some countries are now offering booster shots “while so many people remain unprotected”.

“I think it is very difficult for us to talk about booster doses in Africa,” Moeti said last week. “We have not covered even 5 percent of the population yet with the initial vaccinations that are needed to slow down the spread of the virus and, most importantly, stop what we think might be a fourth wave which is coming.” 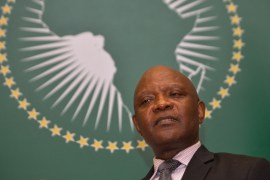 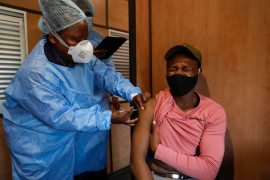 WHO: COVID-19 vaccination triples in Africa but still low 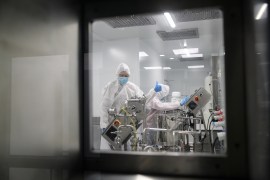 Scientists yet to establish whether the new variant is more contagious or able to overcome immunity provided by jabs.