A police officer died after being stabbed Tuesday in a violent incident at a transit station at the Pentagon, the headquarters of the United States military, and a suspect was shot by law enforcement and died at the scene, unnamed law enforcement officials told The Associated Press.

The Pentagon, in Arlington, Virginia, just across the Potomac River from Washington, DC, was temporarily placed on lockdown after gunshots were fired Tuesday morning near the entrance of the building.

Pentagon Force Protection Agency Chief Woodrow Kusse confirmed in a media conference that a Pentagon police officer was attacked on the DC Metro bus platform that is part of the Pentagon Transit Center.

“Gunfire was exchanged and there were several casualties,” Kusse told reporters at the Pentagon.

A Pentagon police officer who was stabbed later died, according to officials who were not authorised to discuss the matter and who spoke on condition of anonymity, reported The Associated Press.

Kusse declined to confirm the officer’s death or the condition of a suspect, citing the ongoing investigation that was being led by the FBI. Kusse said the incident was over, the Pentagon was safe and police were not searching for additional suspects.

An Associated Press reporter near the building heard multiple gunshots, then a pause, followed by at least one additional shot. Another AP journalist heard police yelling “shooter”.

US Senator Mark Warner of Virginia tweeted his concern for the police officer reported killed.

I’m incredibly saddened to learn about the passing of a Pentagon police officer, who was killed earlier this morning in a senseless act of violence outside the Pentagon. My heart goes out to the officer’s family and friends, as well as the entire Pentagon Police force.

A Pentagon announcement said the facility was on lockdown due to “police activity”.

The agency responsible for security at the building, the Pentagon Force Protection Agency, tweeted shortly before noon that the scene of the incident was secure. The lockdown was lifted except for the area around the crime scene.

Defense Secretary Lloyd Austin and General Mark Milley, chairman of the Joint Chiefs of Staff, were at the White House meeting with President Joe Biden at the time of the shooting.

When Secretary Austin returned to the Pentagon, he visited the Pentagon police operations centre and was “very concerned … about any casualties that occurred”, Pentagon spokesman John Kirby said.

Kirby did not confirm casualties and said he was unable to provide additional information. 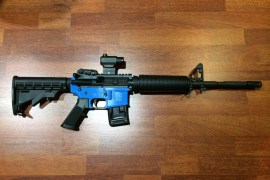 Concern mounts over proliferation of 3D-printed weapons amid growing arrests across Europe. 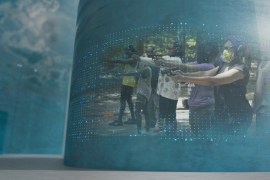 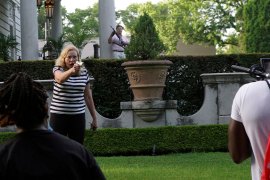 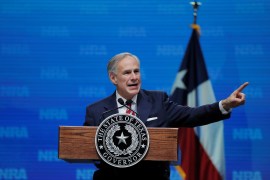 The governor of Texas signed into law a bill allowing unlicensed, concealed handguns to be carried in public.