The United States intelligence community [IC] is unable to agree on the origins of the new coronavirus that causes COVID-19, but there is agreement Chinese officials did not “have foreknowledge” of it before the 2019 outbreak, according to a report (PDF) released on Friday.

In an attempt to determine where the virus came from and how it spread, questions that have drawn the ire of the Chinese government and have fuelled political debate in the US, President Joe Biden in May called on US intelligence agencies to dig further.

“After examining all available intelligence reporting and other information, though, the IC remains divided on the most likely origin of COVID-19,” the unclassified report released by the Director of National Intelligence concluded.

“All agencies assess that two hypotheses are plausible: natural exposure to an infected animal and a laboratory-associated incident,” the report read.

Those were the same two hypotheses the US intelligence community had “coalesced” around earlier this year before Biden asked agencies to “to redouble their efforts to collect and analyse information that could bring us closer to a definitive conclusion”.

The intelligence community also concluded Chinese officials did not know about the virus prior to the COVID-19 outbreak but the IC and Biden criticised Beijing for obstructing the investigation into the virus’s origin.

“Critical information about the origins of this pandemic exists in the People’s Republic of China, yet from the beginning, government officials in China have worked to prevent international investigators and members of the global public health community from accessing it,” Biden said in a statement.

“To this day, the PRC continues to reject calls for transparency and withhold information, even as the toll of this pandemic continue to rise.”

Biden called on China to cooperate with a World Health Organization (WHO) investigation into the virus origins, “including by providing access to all relevant data and evidence”.

A previous WHO study released in March concluded that the virus was most likely transmitted from bats to humans and that it was “extremely unlikely” it leaked from a Chinese laboratory.

A group of 14 countries raised concerns about the WHO report, citing delays and a lack of full access to data, while the WHO chief also called for further investigation into the theory the outbreak was the result of a laboratory leak. China has strongly rejected that accusation.

China’s foreign ministry attacked the US investigation before the report’s release. Fu Cong, a foreign ministry director general, said at a briefing for foreign journalists that “scapegoating China cannot whitewash the US”.

“If they want to baselessly accuse China, they better be prepared to accept the counterattack from China,” he said. 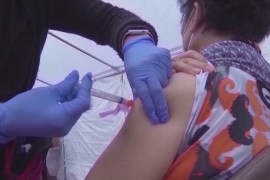 Will the US succeed in finding the origins of COVID-19?

China has dismissed the investigation by US intelligence agencies into the origins of COVID-19. 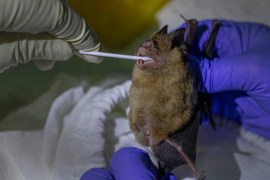 Research team took saliva, blood, and stool samples from the bats before releasing them.