The Islamic State in Khorasan Province, ISKP (ISIS-K), has claimed responsibility for the deadly attacks outside Kabul airport that killed at least 175 civilians and 13 US soldiers and left dozens injured.

ISKP said its suicide bombers singled out “translators and collaborators with the American army” in the attacks on Thursday evening.

Also among the dead were at least 28 Taliban members, according to the group that is now ruling Afghanistan.

ISKP is known as an offshoot of the ISIL (ISIS) armed group that claimed to be seeking to establish an Islamic “caliphate” in Iraq and Syria.

Khorasan refers to a historical region under an ancient caliphate that once included parts of Afghanistan, Iran, Pakistan and Turkmenistan.

The armed group was formed in 2014 by breakaway fighters of the Pakistan Taliban and fighters from Afghanistan who pledged allegiance to the late ISIL leader, Abu Bakr al-Baghdadi.

ISKP has strong roots in northeastern Afghanistan but set up sleeper cells in Kabul and other provinces.

They are adversaries of the Taliban, with different teachings of strict Sunni beliefs.

In a 2014 interview with Al Jazeera, Aymenn Jawad al-Tamimi, a fellow at the Middle East Forum, said the ISKP is “not actually a separate group”, but rather a contingent of al-Qaeda members coming from the Afghanistan-Pakistan border region.

Since its inception, some of the most hardline ISKP fighters have travelled from Afghanistan to Iraq and Syria to fight for ISIL, as well as plot attacks on Western targets.

While it is not clear how many fighters have joined the group, ISKP has been responsible for some of the worst attacks in Afghanistan and Pakistan in recent years, killing people at mosques, public squares and even hospitals.

A bloody attack on a maternity ward in Kabul in May 2020 that killed 24 people, including women and infants, was also blamed on the group.

In November, the group also claimed responsibility for the attack at Kabul University that killed at least 22 teachers and students.

ISKP has been critical of any cooperation between the Taliban and the United States, including the deals struck in order to withdraw foreign troops.

In April 2017, a US cargo aircraft dropped a 20,000-pound bomb, known as the MOAB (Mother of All Bombs), on a cave complex linked to ISKP in Achin district, eastern Afghanistan. The MOAB is the largest conventional bomb in the US arsenal.

At a news briefing on Friday, Pentagon spokesman said that the Taliban released “thousands” of ISIS-K fighters from US prisons at Bagram in Afghanistan.

Rasha al-Aqeedi, head of the nonstate actors programme of think-tank Newlines Institute, said ISKP will be using the attacks as propaganda.

“The end-game of ISKP, or ISIL in general wherever it operates, doesn’t have to be an immediate strategic goal. They carry out these operations with the intention of causing as much carnage as possible for the purpose of showing that they are still around, that they are still a threat,” al-Aqeedi told Al Jazeera.

“Their modus operandi is very similar to ISIL in Iraq and Syria,” she added. 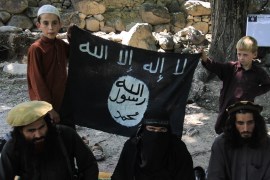 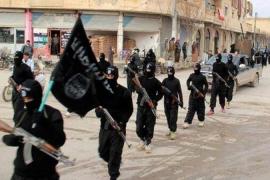 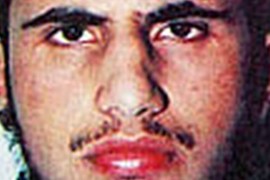 Pentagon says operation earlier this month killed Muhsin al-Fadhli as he travelled near Sarmada in Syria.