Egypt says it has partially reopened the Rafah border crossing with the Gaza Strip, allowing one-way traffic into the besieged Palestinian enclave, as Israel eases import restrictions for the territory it has blockaded since 2007.

Rafah, Gaza’s only gateway to the outside world not controlled by Israel, was shuttered on Monday by Egypt, which gave no reason for the move.

But it came after Gazans on Saturday staged a protest along the separation fence with Israel, which killed one Palestinian, left dozens of others injured and an Israeli soldier in a critical condition from a gunshot wound.

The border’s partial reopening on Thursday comes a day after Hamas’s interior ministry said Cairo would give the go-ahead for the flow of goods into the territory. It said two-way traffic would be open on Sunday.

People had begun to cross after midday, an AFP news agency journalist said.

Egypt, a key mediator between Israel and Hamas, which governs the coastal enclave, has previously used Rafah closures as a punitive measure against the group.

Border protests and riots on Wednesday in southern Gaza left 20 Palestinians injured following confrontations with Israeli troops, but the violence was more muted than on Saturday.

Hamas police made efforts to contain Wednesday’s unrest by preventing people from approaching the border fence.

The Israeli military branch responsible for civil affairs in Palestinian territories (COGAT) said more goods would be allowed to enter Gaza from Thursday.

They would include “equipment for international civilian projects” and new vehicles, among other measures, it said in a statement.

Israel also agreed to boost by 1,000 the number of merchants allowed through its Erez crossing to Gaza.

“The civilian measures approved by the political echelon are conditional upon the continued preservation of the region’s security stability, while further expansion of these measures will be examined in accordance with a situational security assessment,” COGAT added.

Israel has hit Hamas targets in Gaza with air raids twice in the last week, with no casualties reported.

Thursday marks three months since an Egypt-brokered ceasefire ended 11 days of conflict between Hamas and Israel, the worst fighting between the two sides in years.

Hamas authorities said 260 Palestinians were killed by Israeli air strikes during the conflict.

Palestinian groups launched thousands of rockets at Israel during the fighting, killing 13 people, according to the military and police. 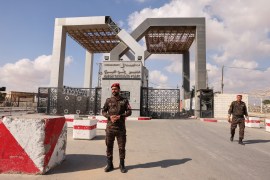 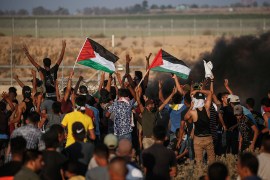 In a bid to ease tensions, Israel says will allow goods into Gaza

Decision came after Palestinians demonstrated near the separation fence, calling on Israel to ease a crippling blockade. 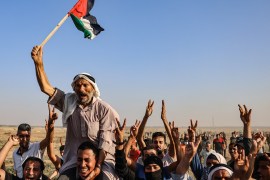 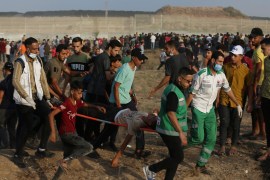