The Panjshir Valley, in the Hindu Kush mountains north of the Afghan capital Kabul, has long been the heart of military resistance in Afghanistan and looks like it is becoming the centre of a gathering of “resistance” forces against Taliban rule.

Since mid-August, forces opposed to the rule of the Afghan Taliban have gathered in the valley under the leadership of Ahmad Massoud, son of the famed Afghan resistance fighter Ahmad Shah Massoud.

Panjshir is a long, narrow valley girded on either side by steep mountains, with only one major point of exit and entry when approaching from Kabul, topography that makes it difficult to conquer because incoming militaries are forced to approach through a narrow gorge.

The valley’s name translates to “five lions”, although other translations claim its name may refer to five mountain peaks located down the length of the valley.

‘In my father’s footsteps’

A common tactic by Ahmad Shah Massoud’s forces at the time was to allow Soviet forces into the valley and to then cripple or cut them off with harassing fire from the higher ground of the mountains.

After the Soviet withdrawal, the collapse of the Afghan government at the time, and the first Taliban takeover, the area saw renewed fighting from 1996 as Massoud’s forces fought against the Taliban under the banner of the multi-ethnic Northern Alliance.

Taliban forces remained unable to dislodge the Northern Alliance from its Panjshir stronghold until 2001, when Massoud was assassinated in a targeted suicide attack in Takhar province, just two days before the 9/11 attacks on the US. The ensuing US invasion removed the group from power.

Twenty years later, as US and NATO forces withdrew from the country following a peace deal between the former and the Taliban, its forces swept across Afghanistan, capturing 33 out of 34 provinces in a lightning offensive over several weeks.

The one province that remains outside of their control is Panjshir.

“I write from the Panjshir Valley today, ready to follow in my father’s footsteps, with mujahideen fighters who are prepared to once again take on the Taliban,” wrote Ahmad Massoud, the elder Massoud’s son, in an op-ed published in the Washington Post last week.

“We have stores of ammunition and arms that we have patiently collected since my father’s time because we knew this day might come.”

Massoud has also said that he was open to a negotiated settlement with the Taliban.

On September 4, heavy fighting was reported between the two sides. A spokesman for the National Resistance Front (NRF) of Afghanistan, which groups opposition forces loyal to Massoud, said Taliban forces reached the Darband heights on the border between Kapisa province and Panjshir but were pushed back.

“The defence of the stronghold of Afghanistan is unbreakable,” Fahim Dashty said in a tweet.

A Taliban source said fighting was continuing in Panjshir but the advance had been slowed by landmines placed on the road to the capital Bazarak and the provincial governor’s compound. “Demining and offensives are both going on at the same time,” the source said. 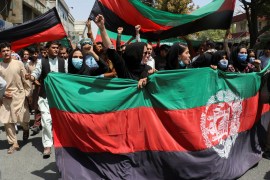 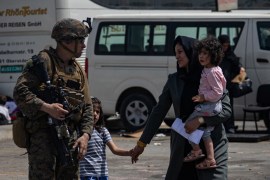 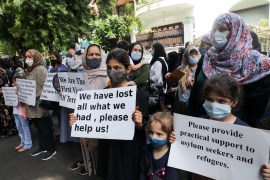 India is not a signatory to the 1951 UN Refugee Convention or the 1967 Protocol Relating to the Status of Refugees.