Yordenis Ugás beat Manny Pacquiao by unanimous decision to retain his WBA welterweight title in what some observers speculated could be the Philippine senator’s final fight, ending a legendary boxing career.

After an unimpressive performance in his return on Saturday night from the longest layoff of his quarter-century in professional boxing, Pacquiao said he has not decided whether he will fight again.

He also would not confirm whether he will enter the Philippines’ presidential race, as is widely expected. He intends to make an announcement next month.

“That’s boxing,” a deflated Pacquiao said afterwards. “I had a hard time in the ring making adjustments. My legs were tight. I’m sorry I lost tonight, but I did my best.”

It was a sweet victory for Ugás, who had been awarded the WBA title after Pacquiao was stripped of the belt by the sanctioning body earlier this year for inactivity.

“My best wasn’t good enough tonight, no excuses. I wanted to fight for the title in the ring and tonight the champion is named Ugas,” said Pacquiao. “I’ve done a lot for boxing and boxing has done a lot for me. I look forward to spending time with my family and thinking about my future in boxing.”

Ugás (27-4) seized his opportunity as the late injury replacement for Errol Spence Jr, frustrating Pacquiao (67-8-2) throughout what might be the final fight of the 42-year-old Philippine senator’s career.

T-Mobile Arena appeared sold out and the crowd of 17,438 was vocally behind its Filipino hero. Even after a lengthy layoff in the last stages of his career, Pacquiao remains a surefire draw and a bankable star in a sport lacking both at its highest levels.

The 35-year-old Ugás threw far fewer punches than Pacquiao, but his blows were more precise and more effective. Pacquiao struggled to get inside on Ugás’ effective jab, while Ugás landed his right hand to increasing effect in the later rounds.

The victory was the culmination of a lengthy journey for Ugás, who defected from Cuba two years after winning a bronze medal in the Beijing Olympics.

Ugás quit boxing for two years midway through the last decade, but recovered his career and capitalised on this unexpected shot against one of the greatest fighters of this era, earning his 12th victory in 13 fights.

“He’s a great competitor, but I came in here to show I am the champion of the WBA,” Ugás said through a translator. “A lot of respect for him, but I won this fight.”

Ugás had a clear game plan despite the short notice, working hard in the early rounds with an effective jab and body shots. Pacquiao was more aggressive and occasionally got the crowd to its feet with combinations, but he did not immediately find a consistent way to get inside the jab.

Ugás’s confidence grew in the middle rounds, and he responded to some action at the seventh-round bell with a defiant shimmy-shake of his shoulders in Pacquiao’s direction.

Pacquiao threw roughly twice as many punches as Ugás for long stretches, but Ugás showed off his defence and precision against the Filipino’s activity.

Pacquiao caught Ugás with a combination in the 10th round and knocked him back as the crowd rose in excitement, but Ugás recovered and rallied with big shots.

The defeat is almost certain to renew doubts about Pacquiao’s future in the sport he has graced through 72 fights spanning 26 years since 1995. 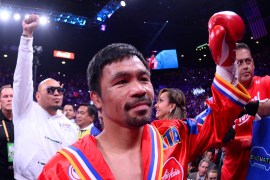 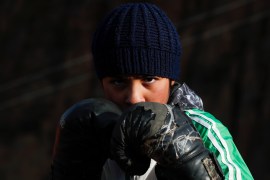 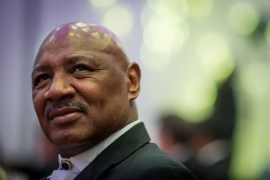 The US boxing great passed away at the family home in Bartlett, New Hampshire, his wife said. 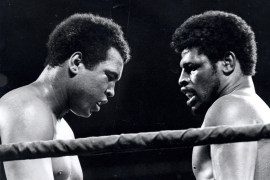 Spinks, who defeated Muhammad Ali in 1978 in one of the most shocking upsets in boxing history, died of cancer.