Vladimir Putin has denied accusations that Alexey Navalny was jailed for his political activities after the Kremlin critic’s fate was discussed during the Russian President’s meeting with German Chancellor Angela Merkel in Moscow.

The pair’s talks came as Merkel made her final official trip to Russia as she prepares to step down next month after nearly 16 years in office.

Navalny was flown to Germany last year after being poisoned with what the West concluded was a military nerve agent. Moscow rejects that and alleges a Western smear campaign. Navalny was jailed when he flew back to Russia.

The German leader said she had “demanded” Putin free Navalny during their discussions.

“We … spoke about the depressing situation of Alexei Navalny,” the German leader told reporters after the talks.

“I have demanded once again from the president to release Navalny and I have made it clear that we will remain on the case,” she said.

But Putin said Navalny had been punished for breaking the law.

“He is convicted not of his political activity, but of a criminal offence,” he said.

Russia’s Foreign Ministry released a lengthy statement on Wednesday about “the Navalny case”, charging that actions by “Germany and its allies” over the past 12 months indicated “a planned provocation aimed at discrediting Russia in the eyes of the global community and at damaging its national interests”.

The ministry accused Berlin of failing to provide evidence that would support their “brazen allegations” that Navalny was poisoned with a nerve agent. It said Germany left legal requests from Russian law enforcement without any “meaningful answers” and instead played “bureaucratic ping-pong” with Moscow.

On Friday, one year since Navalny was poisoned, the United Kingdom and the United States imposed sanctions on Friday on men they said were Russian intelligence operatives responsible for the attack on Navalny. Neither the Kremlin nor any of those named offered any immediate comment.

In a letter to mark the anniversary that was published in three European newspapers on Friday, Navalny appealed to the West to do more to combat corruption in countries like Russia.

In Britain, the government published details of sanctions against seven individuals it said were Russian intelligence operatives suspected of involvement in his poisoning. There was no immediate reaction from Moscow.

Relations between Merkel and Putin, two of Europe’s longest serving leaders, soured in 2014 when Russia annexed Crimea from Ukraine, drawing broad condemnation and sanctions from the West.

At a news conference following talks that lasted almost three hours, the leaders said they had discussed Afghanistan, Libya and the Nord Stream 2 pipeline from Russia to Germany.

Putin on Friday called on the global community to prevent the “collapse” of Afghanistan following the Taliban’s takeover there, warning it was “important to prevent … terrorists” entering neighbouring countries, including under the guise of being refugees.

He also criticised the “irresponsible policy” of imposing “outside values” on the country.

Another topic of discussion was the nearly finished Nord Stream 2 pipeline that will carry natural gas from Russia to Germany.

The project has angered the United States and some European countries, but the US and Germany announced a deal last month to allow its completion.

Putin said on Friday there were just 15 kilometres (9.3 miles) left to complete the pipeline. He also said Russia planned to fully comply with its obligations on gas transit via Ukraine.

He said Moscow was ready to extend a transit agreement with Ukraine beyond 2024 but that it needed more details.

Shortly after Putin’s comments on the pipeline, Washington announced new sanctions on one Russian vessel and two Russian individuals involved in Nord Stream 2. 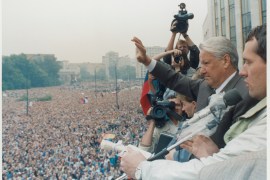 Russia is more modernised and westernised today than it has ever been in the past 100 years. 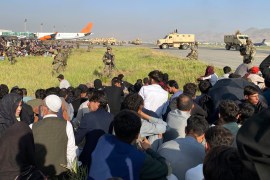 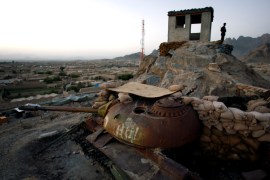 Does Russia have a new strategy for Afghanistan?