President Joe Biden has pledged to ensure the safe evacuation of American citizens and US allies from Afghanistan, lauding the ongoing US operation at the Kabul airport.

In a speech delivered from the White House, Biden said the United States has evacuated more than 18,000 people since July and approximately 13,000 since the airlifts began on Saturday.

“We’re going to do everything that we can to provide safe evacuation for our Afghan allies, partners and Afghans who might be targeted because of their association with the United States,” Biden said.

He pledged to bring back to the US “any American who wants to come home”.

“I cannot promise what the final outcome will be … But as commander-in-chief, I can assure you that I will mobilise every resource necessary.”

Biden said his priority is to evacuate American citizens, but helping Afghans who aided the US is “equally important almost”.

Thousands of Afghans – some with documents to travel, some without – have thronged outside Kabul’s Hamid Karzai International Airport (HKIA) begging to be allowed it at gates manned by US and other international forces. To get there, many braved a gauntlet of Taliban checkpoints; a number of people have been beaten or trampled.

The US has made “significant progress” in its evacuation efforts since chaos broke out at the airport on Monday, Biden said.

“This is one of the largest, most difficult airlifts in history. And the only country in the world capable of projecting this much power on the far side of the world, with this degree of precision, is the United States of America,” the US president added.

The Taliban has taken over Afghanistan in a blitz that saw them reach Kabul on Sunday with government forces crumbling and President Ashraf Ghani fleeing the country.

US troops remained in control of HKIA to evacuate Americans and Afghan special immigrant visa (SIV) applicants, and other Afghans at risk who worked with the US or its allies in fields that might make them Taliban targets.

Washington has set an August 31 deadline for withdrawing its forces, but Biden previously said US troops would remain past the end of the month – if needed – to evacuate all American citizens.

The US president defended his decision to pull US troops from Afghanistan as well as the way the withdrawal took place, denying that the chaos that accompanied the Taliban takeover could have been avoided.

Biden has blamed the Afghan government for failing to defend its territory from the Taliban.

But reports of intelligence assessments and cables from the US embassy show that American officials had warned the administration more than a month ago of the possibility of a swift Taliban takeover.

On Friday, Biden again defended his decision to pull US troops from the country. “What interest do we have in Afghanistan at this point with al-Qaeda gone?” he said, stressing that US allies are not questioning Washington’s credibility after the withdrawal. But there have been criticisms by European leaders of the withdrawal and the US deal with the Taliban that preceded it.

The alliance also pledged not to allow Afghanistan to become a safe haven for “terrorists”.

“Our immediate task is now to meet our commitments to continue the safe evacuation of our citizens, partner country nationals, and at-risk Afghans, in particular those who have assisted our efforts,” the statement said.

“We call on those in positions of authority in Afghanistan to respect and facilitate their safe and orderly departure, including through Hamid Karzai International Airport in Kabul.”

On Friday, Biden praised the cooperation between NATO members in Afghanistan. “We went in together, and we’re leaving together,” he said of the alliance.

He also expressed sympathy for the Afghan people, saying that he discussed with his foreign counterparts the need to provide humanitarian aid to Afghans.

“The past week has been heartbreaking. We’ve seen gut-wrenching images of panicked people, acting out of sheer desperation. It’s completely understandable. They’re frightened; they’re sad, uncertain what happens next,” the US president said.

US evacuation flights out of Kabul were paused for at least eight hours on Friday, with Washington struggling to find destinations to temporarily host Afghan evacuees, CNN reported.

Biden confirmed in his speech that flights stopped for a “few hours”.

“But our commander on Kabul has already given the order for outbound flights to resume,” he said.

“We have been able to evacuate thousands of people over the last two days, and the situation at the airport is much better now than it was in the beginning of the week, but we really recognise that it’s a huge task,” he said from Brussels on Friday. 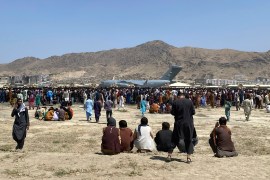 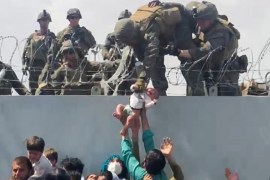 Many US veterans are struggling with doubts about what they were fighting for in Afghanistan, why their friends died. 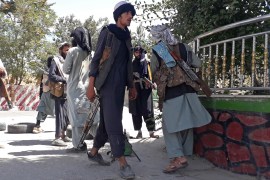 ‘Cold-blooded brutality’ of killings is a ‘horrifying indicator of what Taliban rule may bring’, Agnes Callamard says.