Israel’s Supreme Court is expected to reach a decision on a high-profile Sheikh Jarrah case in which four Palestinian families in occupied East Jerusalem are facing imminent expulsion to make way for Jewish settlers.

The ruling, which was initially expected in May, was postponed when the attorney general requested more time to study the case and following daily protests and sit-ins that were violently dispersed by Israeli forces using tear gas, sound bombs, and rubber bullets.

Israeli media reported last month that the government was seeking to postpone the hearing for another six months in order to defuse tensions. A verdict is expected on Monday morning.

The four families are part of a group of more than 500 Palestinians – comprising 28 families – facing expulsion from the neighbourhood.

In June, Israel’s attorney general informed the Supreme Court that he would not intervene in the legal proceedings of the case.

Israeli rights groups condemned the attorney general’s decision at the time, with Peace Now describing it as “a cynical attempt to evade responsibility”.

His decision left the Supreme Court free to decide whether to hear the four Palestinian families’ appeal of two lower court verdicts that they must leave their homes.

The 28 Palestinian families, who had been expelled from their original homes during the Nakba, have lived in their homes since 1956. The homes were constructed on land provided by the government of Jordan – which ruled Jerusalem until 1967 – and under the supervision of the UN Relief and Works Agency for Palestinian refugees.

Settler organisations filed a lawsuit in 1972, alleging that the land Sheikh Jarrah lands belonged to them, after invoking an Israeli law that allows Jews to reclaim properties owned by Jews prior to the creation of Israel in 1948 – a right denied to Palestinians who apply to reclaim properties they owned prior to being expelled in 1948.

Palestinian families in the neighbourhood argue that they have full property rights to their homes because the Jordanian government granted ownership and began registering the properties before the process was interrupted in 1967.

The Sheikh Jarrah protests in May coincided with a decision to ban gatherings in the Muslim holy month of Ramadan at the Damascus Gate in Jerusalem’s Old City and riots by far-right Jewish groups.

The raids prompted armed groups from the Gaza Strip to fire rockets into Israel which launched a devastating 11-day offensive that killed at least 260 Palestinians, 66 of them children.

On the Israeli side, 13 people including two children were also killed. 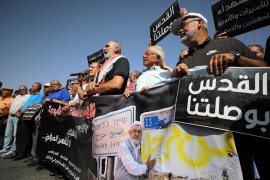 What’s next for Palestinian families in Sheikh Jarrah?

The Stream looks at ongoing stories in Israel-Palestine. 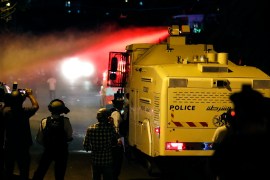 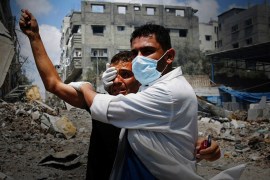