Germany will start offering COVID booster shots in September and make it easier for 12- to 17-year-olds to get a jab, the health ministry said, amid concerns about the spread of the Delta variant.

Health Minister Jens Spahn and his 16 regional peers agreed after talks on Monday that the elderly and at-risk should receive a booster shot, citing concerns about “a reduced or rapidly declining immune response” among some groups.

Mobile vaccination teams should be sent into care and nursing homes, the ministry said, to offer Pfizer/BioNTech or Moderna booster shots to residents, regardless of which vaccine they received originally.

Doctors will also be able to administer booster jabs to those who qualify, including people with weakened immune systems.

A booster shot will also be offered to anyone who received the two-dose AstraZeneca or single-dose Johnson & Johnson vaccines, the document released by Spahn’s ministry said, “in the interests of preventative healthcare”.

Both AstraZeneca and Johnson & Johnson are viral vector vaccines, whereas the Pfizer and Moderna vaccines use novel mRNA technology that has shown high efficacy in studies.

The ministers also agreed to make the coronavirus vaccine more widely available to those over the age of 12 years, going a step further than the country’s STIKO vaccines regulator.

The regulator currently only recommends the coronavirus vaccine for 12- to 17-year-olds if they have pre-existing conditions or live with people at high risk from COVID.

Although adolescents who do not fall into those categories are still allowed to get vaccinated, in consultation with their parents and doctors, the cautious STIKO guidance has curtailed interest.

Germany’s health ministers agreed on Monday to encourage vaccination among teens by opening all the country’s vaccination centres to 12- to 17-year-olds, alongside the possibility to be vaccinated at regular clinics.

The ministers stressed that the jab was voluntary but said getting children and teenagers vaccinated could “contribute significantly to a safe return to classrooms after the summer holidays”.

Although Germany is currently enjoying relatively low infection rates compared with neighbouring countries, case numbers have been creeping up in recent weeks mainly because of the more contagious Delta variant.

There are also concerns about a slowdown in the country’s vaccination rate, with just more than 52 percent of the population fully inoculated.

Within the European Union, the European Medicines Agency has approved the Pfizer/BioNTech and Moderna shots for people over age 12.

STIKO head Thomas Mertens told public radio MDR that the body was still waiting for data from longer-term studies before deciding on issuing a more general vaccine recommendation for over-12s.

The problem, he added, “is not so much the children’s vaccinations”.

What is needed to help suppress a fourth COVID wave in Germany “is a high vaccination rate among 18- to 59-year-olds”. 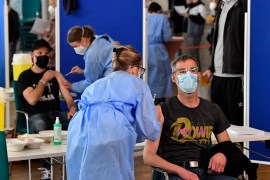 Authorities are trying to increase the speed and effectiveness of vaccinations as the infectious Delta variant spreads. 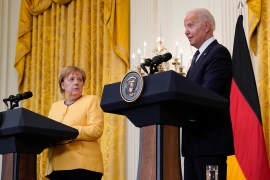 The two will announce how to address concerns about the impact of Nord Stream 2, a senior US official told Congress. 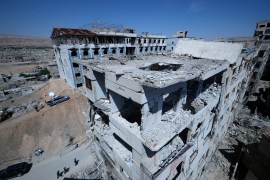 Alla Mousa is accused of 18 counts of torturing people in military hospitals in the Syrian cities of Homs and Damascus.