The Boy Scouts of America can enter into a pivotal $850m agreement settling thousands of child sex abuse claims, having been approved by a US bankruptcy court.

The ruling on Thursday by Judge Laurie Selber Silverstein of Delaware will enable the Boy Scouts to move ahead with a proposed reorganisation plan that would allow the group to exit bankruptcy by the end of the year.

Founded in 1910, the Boy Scouts filed for Chapter 11 bankruptcy protection in February 2020 after being hit with a flood of sexual abuse lawsuits.

After three days of testimony and arguments, the judge granted the BSA’s request to enter into an agreement involving 250 local Boy Scout councils and lawyers representing 70,000 men who say they were sexually abused as youngsters.

The agreement calls for the Boy Scouts and local councils to contribute $850m into a fund for abuse claimants.

The agreement was opposed by insurers who issued policies to the Boy Scouts and local councils, lawyers representing thousands of other abuse victims, and various church denominations that have sponsored local Boy Scout troops.

The judge refused to grant a request that the Boy Scouts be allowed to pay millions of dollars in legal fees and expenses of lawyers hired by law firms that represent tens of thousands of abuse claimants.

Silverstein denied the BSA’s request under the agreement for permission to withdraw from an April agreement in which insurance company The Hartford would pay $650m into the fund for abuse claimants in exchange for being released from any further liability.

Under the agreement, the Boy Scouts would contribute up to $250m in cash and property to a fund for victims of child sexual abuse. The local councils, which run day-to-day operations for Boy Scout troops, would contribute $600m.

In addition, the national organisation and local councils would transfer their rights to Boy Scout insurance policies to the victims’ fund. In return, they would be released from future liability for abuse claims.

The judge rejected two controversial provisions in the agreement that opponents had highlighted.

Unless the Boy Scouts reach a resolution with insurers, they are likely to continue to fight over the final bankruptcy plan. 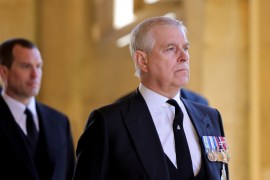 Giuffre, an Epstein accuser who says she was abused at 17, says she is holding Andrew accountable. 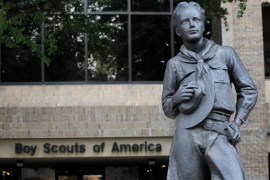 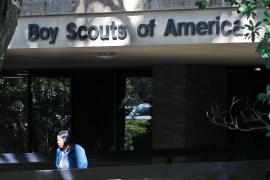 The influx came before the deadline in the organisation’s bankruptcy case.