Britain’s foreign secretary is facing calls to resign over claims that he declined to interrupt a holiday to try and help translators flee Afghanistan as the Taliban’s advance gathered pace.

According to the Daily Mail newspaper, Dominic Raab did not call his Afghan counterpart Hanif Atmar on Friday after officials suggested he “urgently” do so to arrange assistance for Afghans who supported British troops who served in Afghanistan.

Raab, who was on holiday on the Greek island of Crete at the time, is alleged to have delegated the call to a junior minister.

His move meant the call was delayed by a day, according to the Daily Mail; the Afghan foreign ministry had reportedly refused to set up an immediate discussion between Atmar and an official who was not a direct counterpart.

By Sunday, the Taliban had captured Kabul, at which point Raab cut short his vacation and headed back to the United Kingdom.

Critics said his apparent refusal to call Atmar two days earlier was a “failure of judgment” that had put interpreters’ lives at risk and called for him to quit, or be sacked by British Prime Minister Boris Johnson.

But asked by reporters on Thursday if he planned to step down, Raab replied: “No.”

Opponents round on Raab

“Who wouldn’t make a phone call if they were told it could save somebody’s life?” Starmer tweeted.

Labour’s Shadow Foreign Secretary Lisa Nandy called on Johnson to fire Raab if he “doesn’t have the decency to resign” himself.

“The foreign secretary’s position is untenable,” she said in a video posted on Twitter, accusing him of a “catastrophic failure of judgment”.

How can Boris Johnson allow the Foreign Secretary to continue in his role after yet another catastrophic failure of judgement?

If Dominic Raab doesn't have the decency to resign, the Prime Minister must show a shred of leadership and sack himhttps://t.co/G3jdwfJISv

Other opposition parties, including the Liberal Democrats, Scottish National Party and Plaid Cymru criticised Raab, while a former translator accused him of “failing” to provide protection for the families of interpreters in Afghanistan.

“If he didn’t make the call, I’m shocked … How could somebody do something like that in this chaotic situation?” the former translator, a British citizen who gave his name as Rafi, told the UK’s PA news agency.

“The interpreters and their families could be killed at any time.”

But Raab’s allies in the ruling Conservative Party defended him.

Cabinet minister and Defence Secretary Ben Wallace said a call to Atmar would not have made “any difference whatsoever” given the Afghan government was “melting away quicker than ice” at the time.

“Last Friday, what we were absolutely worried about and were unsure about is whether the airport would remain open. That was at the front of everyone’s mind,” Wallace told the BBC.

“Without a functioning airport, we were going to get nobody out no matter how many phone calls you made to a disappearing government.

Raab said earlier this week that he had been talking to British officials and foreign counterparts on Afghanistan while on holiday and returned to the UK as soon as “the situation deteriorated and demanded it”.

The furore comes as Johnson’s government faces scrutiny over its handling of Afghanistan from opposition legislators and those from the prime minister’s Conservative Party.

In a heated emergency debate in Parliament on Wednesday, several called for a public inquiry into the UK’s role in the 2001 US-led invasion and its consequences over the next 20 years.

As the Taliban seized towns across Afghanistan, stories emerged of women being sent home from their jobs.

What could living back under Taliban rule mean for women? Afghan activist @BarakPashtana shared her thoughts with @mmbilal: https://t.co/85QrT3dXWE pic.twitter.com/gwBvJhYmF6

Former Conservative Prime Minister Theresa May accused Johnson and his cabinet of having grossly miscalculated the strength of the Taliban, saying they had blindly followed US President Joe Biden in pulling foreign troops from Afghanistan.

Johnson rejected the calls for a public hearing and said his government had little choice but to follow Biden’s lead.

The US military is expected to complete its withdrawal from Afghanistan by August 31. 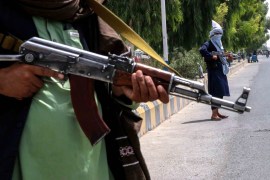 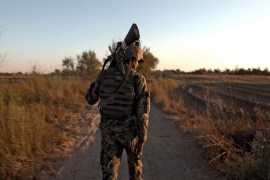 Afghanistan’s Own Battle: On the front line

We followed Afghan National Army soldiers during their first year fighting the Taliban in Helmand without NATO support. 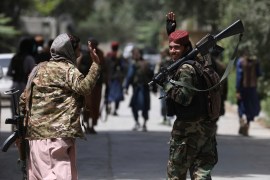 Will Taliban rule be different this time in Afghanistan?

The armed group says it will protect women’s rights and set up an inclusive government.