Nothing seems to have changed in recent weeks in Tashkent, the bustling capital of ex-Soviet Uzbekistan that sits about 750 kilometres (466 miles) north of Kabul.

Many Uzbeks worry about the COVID-19 pandemic, the devastating heatwaves and rising prices – but not about the unexpected, stunning speed of the Taliban’s takeover of Afghanistan.

“There is no panic, it’s all business as usual,” Mokhsira Abdullaeva, a mother of three, told Al Jazeera.

But officials and security agencies in Uzbekistan and four other ex-Soviet Central Asian nations do worry.

Their most immediate concern is a chaotic flood of Afghan refugees – and the presence of ISIL (ISIS) group fighters and other “radicals” and “religious extremists” among them.

Thousands of natives of Uzbekistan and other Central Asian states joined ISIL, and hundreds found refuge in northern Afghanistan.

Back in the 1990s, many more fled to Afghanistan to join the Islamic Movement of Uzbekistan, a group that helped the Taliban fight the US-led coalition as it invaded in 2001 and later retreated to Pakistan’s tribal zone before eventually pledging allegiance to ISIL.

“The situation may become even more threatening if the Taliban don’t fight ISIL and its allies but strike a non-aggression pact [with them] thus turning Afghanistan yet again into a preserve for radicals,” Kazakh analyst Dosym Satpayev wrote on Facebook. 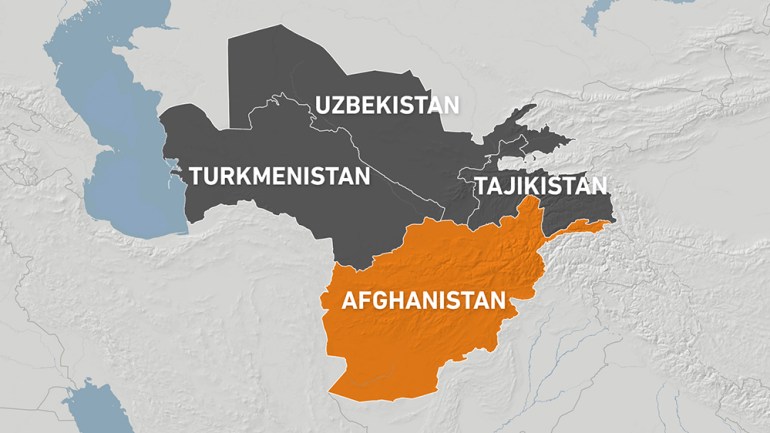 Some security officials believe that many refugees will be disguised fighters.

“Every other refugee could be a terrorist. We’re all tense,” a senior intelligence officer in Uzbekistan told Al Jazeera, on condition of anonymity.

An even bigger concern is the import of the Taliban’s austere ideology to the Central Asian states, whose secular rulers have for decades decried the dangers of “religious extremism”.

After years of officially atheist Soviet rule, they tried to control the revival of Muslim traditions in the region that once spawned a string of renowned scholars and theologians such as Avicenna, al-Bukhari and al-Farabi.

“The Taliban’s ideas could become popular among masses, people will start sympathising with them and this could lead to various bad consequences,” said Timur Karpov, who runs a Tashkent art gallery that tackles taboo issues such as violence against women and the rights of minorities.

“On social media, one can already see huge amounts of comments and posts of Uzbeks sympathising with the Taliban. It can’t but frighten,” Karpov told Al Jazeera.

All three ramped up security, held military drills and moved more servicemen and weaponry to their borders with the war-torn nation in recent weeks.

Uzbekistan’s is 150 kilometres long (93 miles), and the main crossing across the Amu Darya River is the Soviet-built Friendship Bridge that has for decades been a major transport hub.

So far, more than a thousand refugees, including servicemen, have been let in since the fall of Kabul and the northern city of Mazar-i-Sharif that lies only 80 kilometres (50 miles) from the border.

Uzbek prosecutors said on Monday that two dozen Afghan planes and helicopters carrying hundreds of servicemen crossed “illegally”, and at least one plane collided with an Uzbek Mig-29 fighter jet.

But they retracted their statement hours later saying it wasn’t “fully checked” – while the Defence Ministry reportedly said that at least one Afghan plane was shot down on late Sunday.

Hundreds of refugees crossed the river, hundreds more entered Uzbekistan via the bridge, and some flew in, Uzbek and Russian media reports suggest.

Some civilians, including women and children, were placed in tents in the sun-scorched steppes between the Friendship Bridge and the town of Termez.

Hundreds more, including soldiers loyal to exiled President Ashraf Ghani, are understood to be concentrated near the Friendship Bridge.

The Taliban seized Dostum’s luxurious palace in Mazar-i-Sharif and drank tea from a golden tea set.

The border situation in Turkmenistan and Tajikistan is even more vague.

Turkmenistan has never been at odds with the Taliban, and hundreds of them frequented the resource-rich country to buy fuel and enjoy the secular lifestyle since the late 1990s, as witnessed by this journalist in the capital, Ashgabat, on previous reporting trips.

However, after the Taliban seized a border checkpoint in the southern Mary region and reportedly killed 18 servicemen in early July, Ashgabat amassed heavy artillery along the poorly protected border that stretches 800 kilometres (500 miles) across the desert.

Its ruler Emomali Rahmon has first-hand knowledge of the Afghan threat – during the 1992-97 civil war, his opponents often found refuge across the border.

Only desperation and fear for their lives forces Afghans to flee to Central Asia, where they have never been welcome.

Uzbekistan, where Afghans were omnipresent in the late 1990s, offers the perfect example.

Police officers routinely raided their shops and apartments or herded them into vans, reportedly to seize cash and extort more for their “release.”

Many refugees were ethnic Uzbeks or Tajiks, and some were Soviet-educated. But none managed to stay because Uzbek authorities distrusted them and suspected them of “radicalism”.

The Uzbek government created a “legal vacuum” for them by being the only former Soviet republic that did not sign the 1951 refugee convention and the 1967 protocol on refugee rights, a United Nations official said.

“I have not heard about a single case when an Afghan refugee became an Uzbek national,” Abdul Karim Gul, chief of mission for the United Nation’s High Commissioner for Refugees at the time, told this reporter back in 2005.

A year later, Uzbek authorities closed down his office.

The overwhelming majority of the refugees relocated to third countries, from Russia to Canada.

One was Hammasa Kohistani, who was crowned Miss England and Miss World in 2005.

“Countries like Uzbekistan and Kazakhstan have both the economy and the geography to host refugees, [and] particular focus should be on Afghans who are in danger of repercussions from the Taliban,” said Ivar Dale, a senior policy adviser with the Norwegian Helsinki Committee, a rights watchdog.

“Their lives are in danger, and Central Asian republics can literally save lives,” he told Al Jazeera.

But even after reports about refugee camps being organised in southern Kazakhstan, the oil-rich nation said it will not accept any.

Uzbekistan said it would close down one of its airports in Tashkent to accept planes from Kabul – and immediately transfer their passengers to Germany-bound flights following an agreement with Berlin.

But the Uzbek foreign ministry warned that any attempts to “illegally” cross the border will be “suppressed harshly.”

Only Tajikistan said in late July it was ready to shelter up to 100,000 refugees – but offered no further comments after the fall of Kabul.