President Emmanuel Macron has said France, Germany and other EU countries are working on a coordinated response against expected “irregular migratory flows” from Afghanistan, where the Taliban’s takeover has fuelled fears among rights groups of a looming crisis.

Speaking on Monday in a televised address from his summer residence, Macron described the situation in Afghanistan as an “important challenge for our own security”.

“We must anticipate and protect ourselves against significant irregular migratory flows that would endanger the migrants and risk encouraging trafficking of all kinds,” he said.

On Europe’s wider strategy, he said the war-torn country must not again become a “sanctuary for terrorism”, adding: “Our actions will, above all, be aimed at fighting actively against Islamist terrorism in all its forms. Terrorist groups are present in Afghanistan and seek to profit from the instability.”

His comments came as thousands of Afghans descended on Kabul’s airport in a desperate bid to flee the country following the Taliban’s takeover of the capital on Sunday. In shocking scenes, some even clung to the outside of a US Air Force evacuation plane in an attempt to escape.

Macron’s remarks drew criticism from leading human rights activists, including Amnesty International Secretary General Agnes Callamard, who called them “shameful” against the backdrop of the unfolding “human rights and humanitarian crisis” in Afghanistan.

President Macron shameful statement on the prevention of migration flows from #Afghanistan in the midst of a terrible human rights and humanitarian crisis is unfortunately reflecting the position of many other leaders. Including it appears Turkey. https://t.co/DPmVnvKIsp

Meanwhile, social media users claimed Macron’s proposal was an attempt to curry favour with those who planned to vote for far-right leader Marine Le Pen in next year’s presidential election, mockingly dubbing him “Emmanuel Le Pen” on Twitter.

Separately on Monday, a high-ranking official in German Chancellor Angela Merkel’s Christian Democratic Union (CDU) party said Germany should not adopt the open-door policy it pursued in 2015 when more than one million refugees and migrants – mostly Syrians – entered the country.

“For us, it is clear that 2015 must not be repeated,” Paul Ziemiak, the CDU’s general secretary, told broadcaster n-tv. “We won’t be able to solve the Afghanistan question through migration to Germany.”

EU foreign ministers are preparing to hold a meeting on Afghanistan on Tuesday. 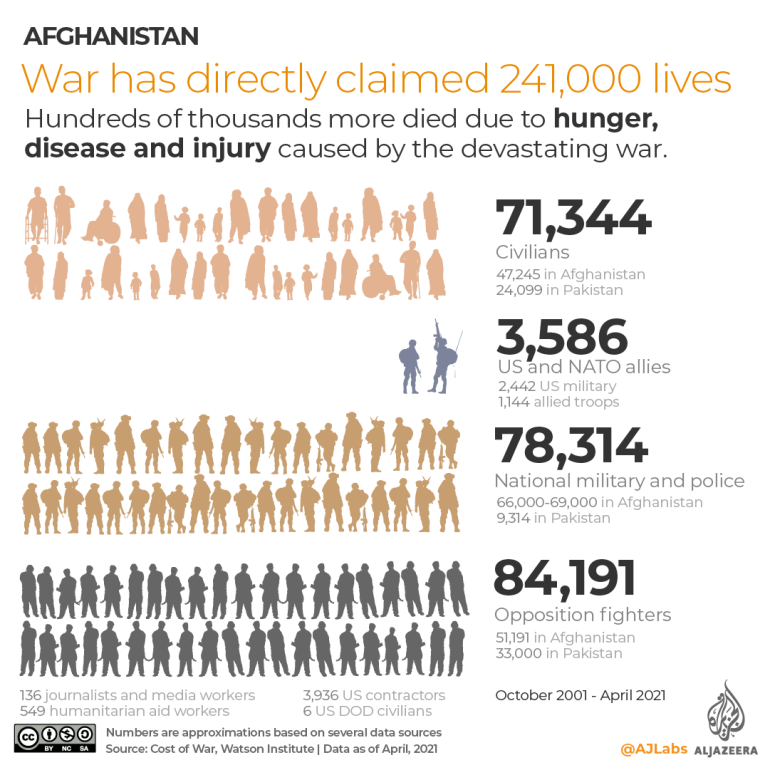 In response to the backlash, Macron accused critics of “hijacking” his comments and emphasised that France will continue to do “its duty to protect those who are most under threat in Afghanistan”.

So far, about 800 Afghans, including translators, who helped French troops on the ground as part of the US-headed coalition that invaded Afghanistan in the wake of the September 11, 2001, attacks have been taken to French territory.

Dozens more still in Afghanistan will be helped to leave, Macron said, adding that Paris was ready to help activists, artists and journalists who risk being targeted because of their work.

“We will help them as it is the honour of France to be side-by-side with those who share our values,” he said.

Addressing fears that the Taliban will restrict the rights of women, he added: “Afghan women have the right to live in freedom and dignity.

“We will say very clearly to those who opt for war, obscurantism and blind violence that they have chosen isolation.”