Beirut, Lebanon – After a devastating fuel tanker explosion in the northern village of Tleil killed 33 people and left nearly 80 wounded, Lebanese hospitals across the country opened their doors to patients.

The northern village and the rest of Akkar province is one of the country’s poorest, and because its hospitals do not have burn units, many of the wounded had to be treated as far away as the capital Beirut, about a two-and-a-half-hour drive.

Geitaoui Hospital, a few blocks away from Beirut Port, was destroyed in the gruesome port explosion on August 4, 2020. It is operating again but, like other hospitals in the country, it struggles to find medicine and fuel and keep its staff.

“We received 15 patients, but we have 12 left – some in very critical condition,” Sister Hadia Abi Chebli, a director-general of the hospital, told Al Jazeera. “Burn patients need intense and deep treatment and a long stay for up to two months.”

Lebanon’s hospitals have been struggling for nearly two years to secure medicine and retain staff as the Lebanese pound lost more than 90 percent of its value to the US dollar.

The explosion in Akkar on Sunday further stretched the health sector’s already thin resources, and the country’s capacity to treat burn patients plummeted.

The health ministry reached out to other countries for help. Turkey transported four wounded people to Ankara for treatment, while the ministry also spoke with Kuwaiti and Jordanian authorities to evacuate patients and deliver medical assistance.

“To treat patients with burns, we need to have all sorts of antibiotics and painkillers, and have supplies to treat their wounds, change their bandages frequently, and give blood tests,” Abi Chebli explained, adding that hospitals can only pay for supplies in hard-to-get dollars, referred to locally as “fresh dollars”. 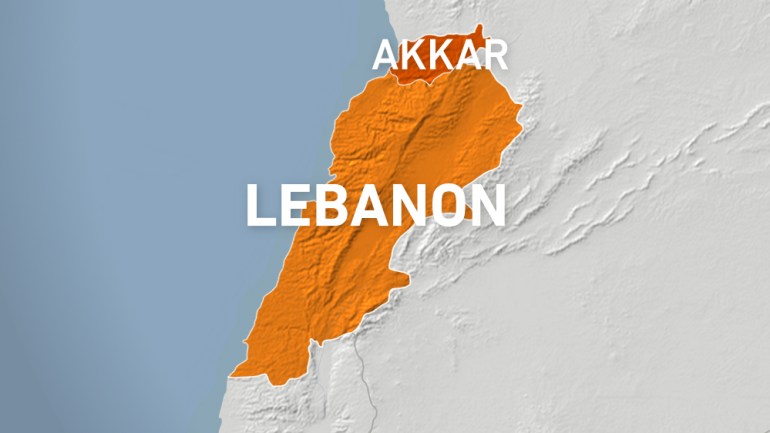 Charities and individuals have donated money and supplies to the hospital, for which Abi Chebli says she is grateful, but that hospitals cannot sustainably rely on charity and goodwill.

Elsewhere in Beirut, the cash-strapped government-run Rafik Hariri University Hospital struggles to find enough fuel to keep the lights on and machines working. In spite of that, the explosion in Akkar meant they had to expedite plans to open a four-bed burn unit with the International Committee of the Red Cross.

They have received two patients so far, one “with 80-percent burns in critical condition”.

Director Dr Firass Abiad said the hospital has only been able to run two of its seven electricity generators and was forced to turn off most of the air conditioning despite the blistering summer heat.

“It makes for difficult working conditions,” Abiad told Al Jazeera. “But at least we did not close down any wards.”

Prior to Lebanon’s economic crisis, most households in Beirut coped with the three-hour daily power outages. Now, the electricity comes on for just a few hours a day – if at all.

Dr Naji Abirached of Geitaoui Hospital says they only get up to four hours of electricity a day, increasing their reliance on diesel and power generators.

“This is abnormal – and honestly a catastrophe,” he said.

Lebanon has struggled with severe fuel shortages for months, both to top up vehicles and to power electricity generators.

The Central Bank announced last week that it would stop spending roughly $3bn annually on fuel subsidies, the announcement sending tremors through the economy and encouraging distributors to hoard their stock, waiting to see if they can sell at higher rates later.

The subsidies allowed importers and distributors to sell fuel at an officially pegged rate of 1,500 Lebanese pounds to the US dollar but as the pound went into a tailspin, the pegged rate was replaced by an informal rate in the wider market. Economists and analysts say keeping the subsidies ultimately incentivised smuggling, notably into Syria, to sell at a profit.

The energy ministry still has not issued a new pricing list for diesel and other fuel after the Central Bank’s decision. The shortages have forced many across the country to pay significantly higher rates in the black market for fuel, if they can find it.

“Fuel is now financially inaccessible to much of the population,” Mohamad Faour, a postdoctoral research fellow in finance at University College Dublin, told Al Jazeera. “Operation costs [for businesses] will dramatically increase, as most of the electric power is now on diesel fuel.”

On Saturday, the American University of Beirut Medical Center (AUBMC), one of the country’s top hospitals, issued a harrowing statement saying it had less than two days of fuel, leaving the lives of about 150 patients on respirators and dialysis machines in the balance. Beirut’s Makassed General Hospital issued a similar statement.

While AUBMC was able to find a week’s worth of fuel, Dr Walid El Hout, a surgery resident, said he fears for the hospital’s patients.

“There are no solutions for our problems, only a dose of morphine that will help us carry the pain on for tomorrow,” El Hout told Al Jazeera. “We are in panic mode: we don’t have the medications, the supplies, and soon the electricity to successfully treat our patients and fulfil our mission.”

“I’ve been in touch with both the health ministry and energy ministry, and they agreed with fuel importers to prioritise distribution to hospitals,” Haroun told Al Jazeera. “But so far, only some hospitals have secured fuel, and in very little amounts.”

Since the central bank has stopped opening lines of credit for importers to bring in partially subsidised fuel, while some importers hoard their stock as they wait for the energy ministry to set new prices.

“Hospitals are taking things day by day, or in some cases hour by hour,” Haroun said.