Kabul, Afghanistan – The Taliban readied its forces on outskirts of the Afghan capital from all sides on Sunday as panicked civilians prepared for the armed group’s takeover of Kabul nearly 20 years after relinquishing power in an American-led assault.

“Our forces have not entered Kabul city, and we just issued a statement saying that our forces will not enter Kabul city,” Shaheen told Al Jazeera from Doha, Qatar, where peace talks are taking place.

“We are talking and awaiting a peaceful transfer – a transition of the capital city.”

Sirens could be heard along with sporadic gunfire in Kabul. Multiple helicopters were flying above the city centre dropping flares to prevent attacks by heat-seeking missiles.

The Taliban said it has no plans to take the Afghan capital “by force”.

“The Islamic Emirate instructs all its forces to stand at the gates of Kabul, not to try to enter the city,” a spokesman for the Taliban tweeted, although some residents reported fighters peacefully entered some outer suburbs.

The chief of staff to President Ashraf Ghani on Twitter urged the people of Kabul: “Please don’t worry. There is no problem. The situation of Kabul is under control.”

Afghan Interior Minister Abdul Sattar Mirzakwal said there would be a “peaceful transfer of power” to a transitional government after the Taliban ordered its fighters to hold back from entering Kabul.

“The Afghan people should not worry… There will be no attack on the city and there will be a peaceful transfer of power to the transitional government,” he said in a recorded speech.

There was no immediate word on the situation from Ghani. A palace official said he was in emergency talks with US peace envoy Zalmay Khalilzad and top NATO officials.

The senior official told Reuters news agency the Taliban was coming in “from all sides” but gave no further details.

Three Afghan officials told The Associated Press the fighters were in the districts of Kalakan, Qarabagh and Paghman in the capital. Fighters earlier took Jalalabad, near a major border crossing with Pakistan, the last main city other than Kabul not under their control.

Al Jazeera’s Charlotte Bellis, reporting from Kabul, said it was unclear exactly what was going on.

“I have just heard heavy gunfire coming from the airport direction,” she said. “I spoke to a Taliban contact, he said, ‘Yes, we are in Kabul.’ He said the leadership is asking everybody to be calm, that they come with a message of peace.

“They have been instructed that if anybody does want to leave the city, that they should be given safe passage to do so. I understand that there is a leadership meeting within the Taliban happening at this moment.”

Many of Kabul’s streets were choked by cars and people either trying to rush home or reach the airport, residents said.

“Some people have left their keys in the car and have started walking to the airport,” one resident told Reuters by phone. Another said: “People are all going home in fear of fighting.”

United States officials said diplomats were being ferried to the airport from the embassy in the fortified Wazir Akbar Khan district. More American troops were being sent to help in the evacuations.

At Kabul International Airport, Afghan forces abandoned the field to Western militaries, said a pilot who spoke on condition of anonymity to discuss security matters.

The speed of the Taliban offensive has shocked many and raised questions about why Afghan forces crumbled despite years of US training and billions of dollars spent. Just days ago, an American military assessment estimated it would be a month before the capital would come under pressure. 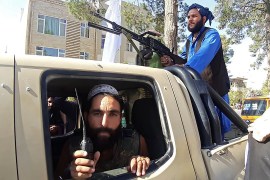 Who can stop the Taliban’s advance?

The Taliban is taking control of more of Afghanistan and closing in on the capital Kabul. 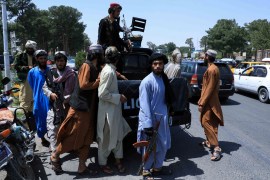 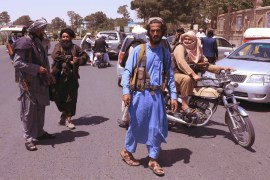 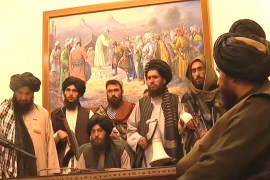