Kabul, Afghanistan – The departure of Afghan President Ashraf Ghani from the country has left many in the country feeling angered and confused as the Taliban armed group looked to retake power 20 years after it was toppled in a United States-led military invasion.

Late on Sunday, it was announced that Ghani had left the country with several members of his cabinet.

“The former President of Afghanistan has left Afghanistan … He has left the nation in this state [for that] God will hold him to account,” Abdullah Abdullah, chairman of the High Council for National Reconciliation, said in a video posted to his Facebook page.

The collapse of the Western-backed government in Kabul comes in the wake of Taliban blitzkrieg that began on August 6 and led to the capture of more than two dozen Afghan provinces by Sunday morning.

Ghani is gone, but the 38 million people of Afghanistan remain.

by A female rights activist

Some of the last provinces to fall were in the country’s east, with the city of Jalalabad being the last of the country’s major cities to be captured by the Taliban after a deal was struck between local elders, the governor and members of the armed group.

A politician from an eastern province, who wished to remain anonymous, described Ghani’s departure as a “disgrace”.

The politician accused Ghani of “lying to the people this whole time” and of “keeping the Afghan people in the dark”.

The politician pointed to Ghani’s pre-taped statement on Saturday as an example of lying to the Afghan people. In that address, Ghani, who appeared to be reading from a teleprompter, promised to “concentrate on preventing expansion of instability, violence and displacement of my people”, however, within a few hours of that address two of Afghanistan’s biggest cities – Jalalabad and Mazar-i-Sharif – fell to the Taliban.

References to Ghani lying or keeping secrets had become even more commonplace over the last two months, when first districts, and later provinces, began falling to the Taliban.

Early on Sunday, hours before Ghani’s departure, Atta Mohammad Noor, the powerful former commander of the northern province of Balkh, accused the government of a “big organised and cowardly plot”.

Noor, who had been a longtime critic of Ghani, was making reference to the growing belief that the fall of districts and provinces in recent weeks was part of some kind of untold plan that the government may have been on but kept from the people.

Last month, Ismail Khan, a former mujahideen commander from the western province of Herat, told Al Jazeera the same thing, claiming there was a “plot” behind the downfall of districts in the country.

By the following evening, Ghani had left the country without a word.

A former member of the National Security Council says though the president’s departure was “understandable” given the quagmire Ghani had found himself in, he was still disappointed by the swift nature of it all. 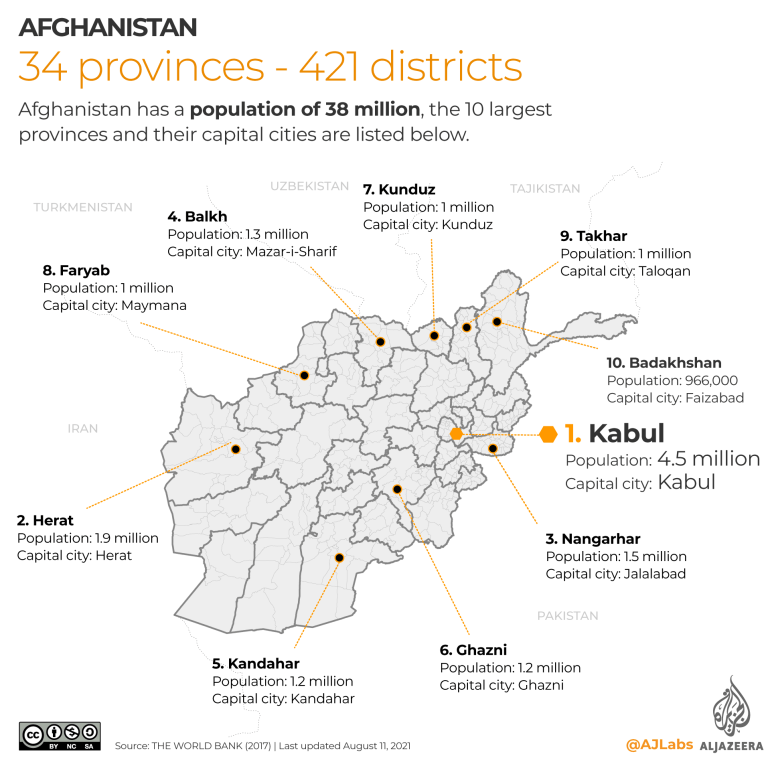 Still, he said Ghani choosing not to be seen in public since a pre-taped address, was “unpatriotic and sad”.

Of Ghani’s legacy, the former NSC official, said, “He caused chaos within the region, divided the people, created hostility amongst the ethnic groups and broke democracy.”

Both of Ghani’s election victories in 2014 and 2019, were mired with controversy and accusations of fraud and required settlements with his top rival, Abdullah.

A female rights activist says that Ghani, and his departure, should not be the focus going forward.

“Ghani is gone, but the 38 million people of Afghanistan remain.”

She said whatever Ghani may or may not have done, the onus is now on the Taliban to show that they have changed from their strict near six-year rule.

“The women and men of this country deserve a dignified life,” she said pointing to the Taliban, who are poised to have some role in a future Afghan government. “They have to prove their Afghanhood by showing that they will offer us something different from the past.”

During its rule from 1996 to 2001, the Taliban imposed harsh restrictions, including on women who (with the exception of doctors) were not allowed to work or study. Men also had their attire, grooming habits, prayers and other parts of their personal lives strictly monitored.

The former ambassador’s criticism seems to echo Abdullah’s words about the current uncertain situation of the nation and Ghani’s own role in creating it.

“Being president, he saw the writing on the wall for some time. He could have managed an orderly and peaceful political transition before leaving the country. He didn’t,” said the former ambassador.

But one of the harshest criticisms for Ghani’s seemingly sudden departure came online, from former intelligence chief, Rahmatullah Nabil. Nabil, who ran against Ghani and Abdullah in the 2019 polls, took to Twitter to call the president out.

“Over these seven years, it was proven to everyone that whatever he said to the people, he always did the opposite!”