The United States deputy national security adviser has met Tunisia’s president and discussed the urgent need to appoint a prime minister-designate to form a capable government, the White House said.

The adviser, Jonathan Finer, delivered a message to President Kais Saied on Friday from US President Joe Biden, “reaffirming his personal support, and that of the Biden-Harris Administration, for the Tunisian people and urging a swift return to the path of Tunisia’s parliamentary democracy”, the statement said.

Finer travelled to Tunis with US Acting Assistant Secretary of State for Near Eastern Affairs Joey Hood, it said.

He “discussed with President Saied the urgent need to appoint a prime minister designate who would form a capable government able to address the immediate economic and health crises facing Tunisia”.

“Empowering a new government to stabilise the economy will also create space for an inclusive dialogue about proposed constitutional and electoral reforms,” it added.

The statement said Finer also met with civil society leaders and conveyed US support for their active participation in building a democratic future.

In a series of shock moves, Saied late last month announced the sacking of the prime minister, the suspension of parliament and the lifting of parliamentary immunity for the 217 lawmakers that make up Tunisia’s lower house.

Critics and opposition leaders labelled the president’s moves a “coup”, a characterisation rejected by Saied.

US Secretary of State Antony Blinken spoke to Saied last month and urged him to take action to return the country “to the democratic path”.

A Facebook post by the Tunisian presidency said Saied told the US officials measures he had taken were within the framework of implementing the constitution and responding to a popular will in light of the political, economic and social crises, and rampant corruption and bribery. 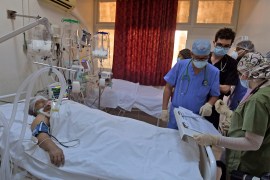 Tunisia’s COVID-19 crisis is not of its own making

Not only the incompetence of local authorities but also the West’s moral failures are behind the crisis in Tunisia. 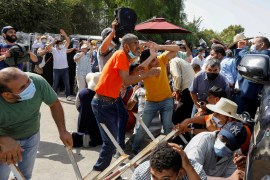 For Ennahdha, in national politics – as well as party politics – important challenges loom on the horizon. 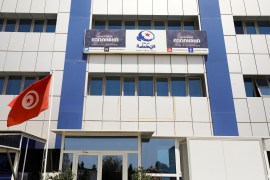 Maarouf is the most prominent member of the party to be targeted since President Saied sacked PM last month. 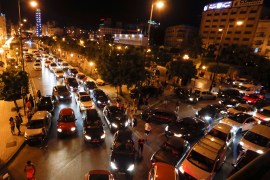